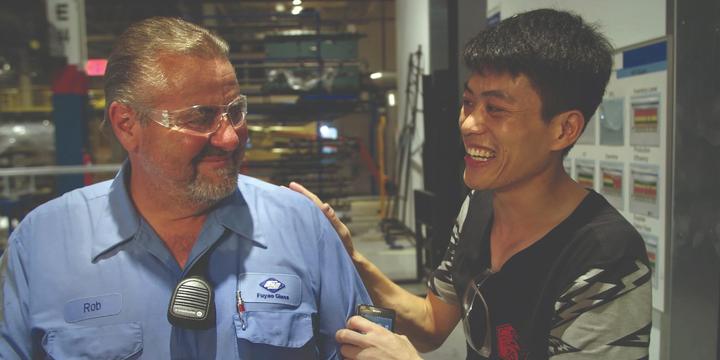 Rob Haerr and Wong He bond on the factory floor in the documentary American Factory. Photo: Netflix/Ian Cook

While the current occupant of 1600 Pennsylvania Avenue appears to be sowing chaos and consternation wherever he goes, his predecessor – the preternaturally calm and sophisticated Barack Obama – has been producing summer reading and listening lists and getting into the movie business.

With his wife Michelle, Obama has started a production company called Higher Ground and has signed a lucrative deal with Netflix to send their films to the streaming service. The first of these is the documentary American Factory, directed by Oscar nominees Steven Bognar and Julia Reichert.

Co-produced with another progressive media company, Participant, American Factory debuted at Sundance earlier this year and – unlike another Netflix documentary there – arrived fully formed and ready to go. 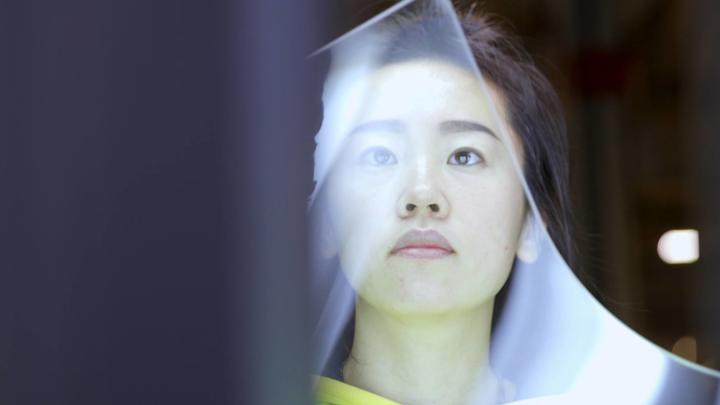 Bognar and Reichert are natives of Dayton, Ohio, and in 2009 they made a short film documenting the closing of the huge General Motors plant there as a result of the global financial meltdown. Thousands of jobs were lost, homes foreclosed on and families bankrupted.

In 2013, the Chinese automotive glass company Fuyao bought the abandoned building and developed a factory to serve the now-resurgent American car manufacturing industry – an industry that had largely been saved by the actions of Barack Obama at the beginning of his presidency. The documentary follows the locals who are desperate for the work that the new operation will supply – despite the wages being in some cases less than half what they earned at GM – and the Chinese owners and supervisors. 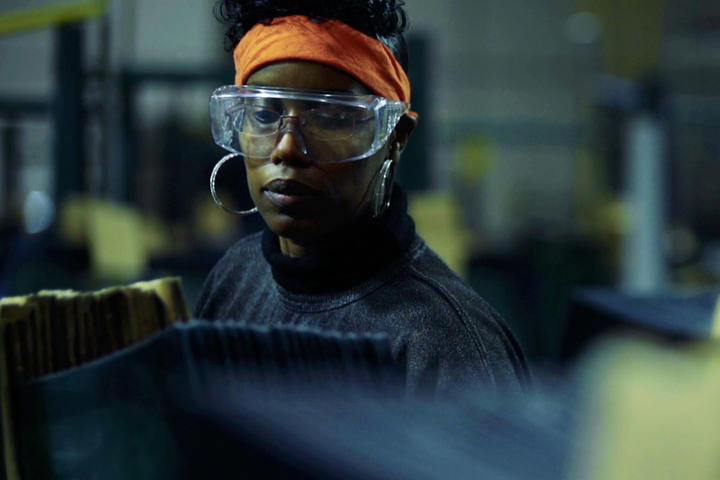 Despite the optimism of all concerned, things start going off the rails quite quickly. The local workers are untrained in the complex art of autoglass and production is slow and “inefficient”. The Chinese owners worry that their decision to use American managers means that they won’t put the necessary pressure on workers to meet their targets and that they might even be quietly sympathetic to their desire to unionise.

The ‘lost in translation’ vibe of the whole exercise extends to the badly translated inspirational signage erected around the plant – one of the sign installers quietly says to his mate at one point, “There’s a ‘the’ missing there, right?” but they don’t share their observation with anyone but us.

We like to think here that US industry is still a bit of a Wild West but the American supervisors who are sent to Fuyao’s head office in Fuqing on a study tour realise that the Chinese workers have it much worse. Twelve-hour shifts instead of eight, two days off a month instead of four weekends, and only seeing their families twice a year – not to mention the questionable attitudes to workplace safety. 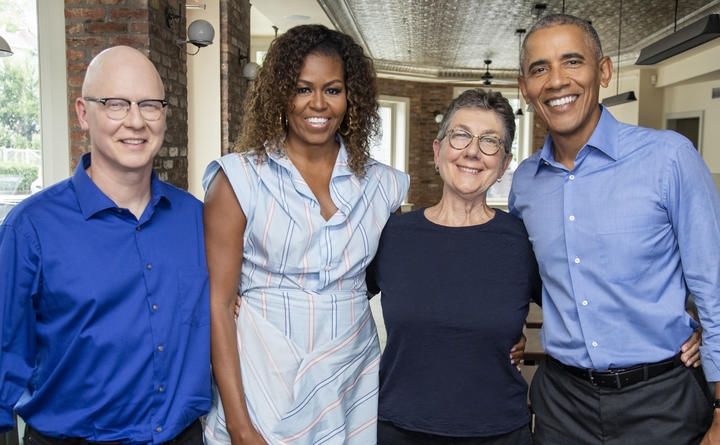 At a huge Chinese New Year party thrown by the company you can see the extraordinary dedication to corporate brainwashing and pseudo-slavery all in the name of the Communist Party and social harmony. When they break out the company anthem, 'A Transparent World', you get the feeling that Marx (and his mate Freud) would have a field day.

American Factory is not a polemic. Bognar and Reichert have obviously gained the trust of all the participants and have achieved remarkable access and insight. There are candid opinions expressed from all sides that must surely be an eye-opener for anyone who thinks that unchecked globalisation is the answer to all our economic woes.

American Factory is streaming on Netflix now and is rated 13+ according their own classification scheme.