The 1pm Beehive presser - more of the same, but worse 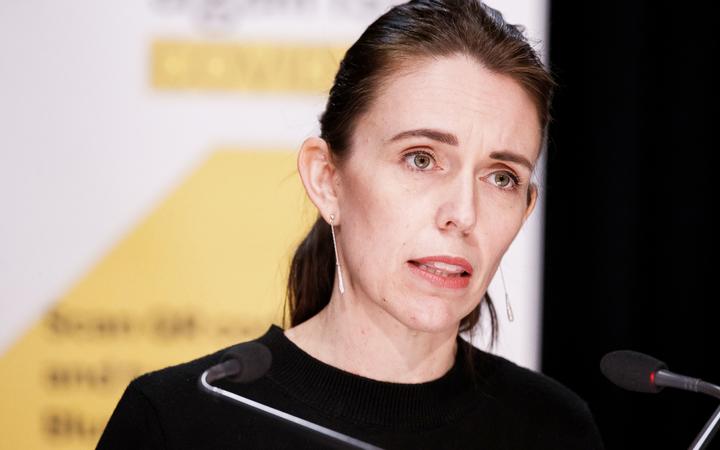 The must-watch lockdown show that is the 1pm presser is back.

The all-star cast of Ardern and Bloomfield on the podium flank the all-important sign language interpreter, with the press gallery on the other side of the camera shooting the questions.

But there are new dark twists in the plot that have the team of five million on the edge of their seats. The battle between the runaway Delta variant and the long delayed vaccine rollout, and so far Delta is winning.

Today The Detail revisits the daily event that puts the politicians and journalists under intense scrutiny to find out what’s changed since the first nationwide lockdown 12 months ago.

Sharon Brettkelly's podcast last September went behind the scenes of the Beehive theatrette as press gallery journalists faced harsh criticism over their behaviour at the daily presser.

They were accused of “gotcha” tactics, harassment and aggressive questioning that threatened to “derail the nation’s co-operation at a time when it is most needed”.

One of those journalists under attack, Thomas Coughlan, told The Detail at the time that their job was to hold politicians to account. He was unapologetic about the tough question lines.

Nothing’s changed there, says Coughlan, senior political journalist for the New Zealand Herald, but some things are different.

The familiar squeak of the hand sanitiser is still the signal for the start of the show, a hush spreads across the darkened room, the recorders and cameras switch on and three people walk onto the podium.

What viewers can’t see is that the journalists are masked for the first time, and they are strictly seated far apart from each other.

Trying not to laugh

Sunday, August 22 is a day RNZ’s press gallery newcomer Anneke Smith will never forget. It was the first time she covered the briefing for RNZ on her own. But it will go down in history for something else – Covid Minister Chris Hipkins’ “spread their legs” slipup that sent the team of five million into fits of giggles.

Not a snort of laughter could be heard in the theatrette, the gallery always conscious of the live microphones.

The millions tuned into the briefing saw only Ashley Bloomfield’s raised eyebrows and smirk, and Hipkins umming and ahhing through his response.

What the viewers didn’t see was the journalists’ phones lighting up with messages: “Did he just say that?”

Newsroom’s political editor, Jo Moir, asked the question that led to Hipkins’ gaffe and was crying with laughter into her mask. Outside the theatrette afterwards, journalists gave the pink-faced Hipkins a dig – from a distance.

It was a rare light moment in what is normally an intense hour in the theatrette. 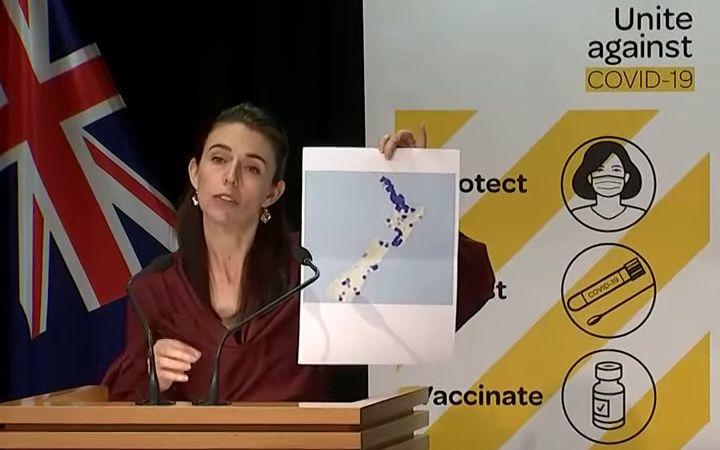 The picture that launched a thousand memes.  Photo: RNZ

“It’s a tough one because what they are coming to tell you is really serious and the population is at risk,” says Moir. “The cases are growing every day.

“But the briefing itself is a small group of people going there, we all know each other, I suspect Ashley Bloomfield knows our names but he never uses them.”

Everyone understands the pandemic better now, she says, meaning the briefing question time is less “shouty” – something the public took offence over last year.

“We’ve done this before. We’ve got the handbook. Last year every day was different, we didn’t know what was going to happen, it was new all the time; whereas we understand now how this works.”

The questions are more probing, more investigative and the journalists are not “climbing over each other to ask questions”.

“I think that’s good for the public and the media. We can ask different questions and they have a different take,” says Moir.

RNZ’s Smith says the room is quiet and focused at the start of the briefing, people are furiously typing up live blogs and filing their first stories. At the same time they are marking times when a crucial statement is made (Hipkins’ gaffe at 33 minutes 13 seconds) and needs to be followed up, and clicking on emails with questions from colleagues around the country.

Despite how it sounds, question time has a sense of order, says Smith.

“The public don’t realise the valuable, professional relationship they have with people on podium. It is very familiar even though it is very tense.

“It gets unwieldy and it comes across as aggressive to the average person but this is the only chance to ask questions and scrutinise the response of the government,” she says.

Coughlan says he still gets plenty of flak, especially when he writes about the failings of the vaccine rollout, the debate over the lockdown/elimination approach and different strategies for reopening. 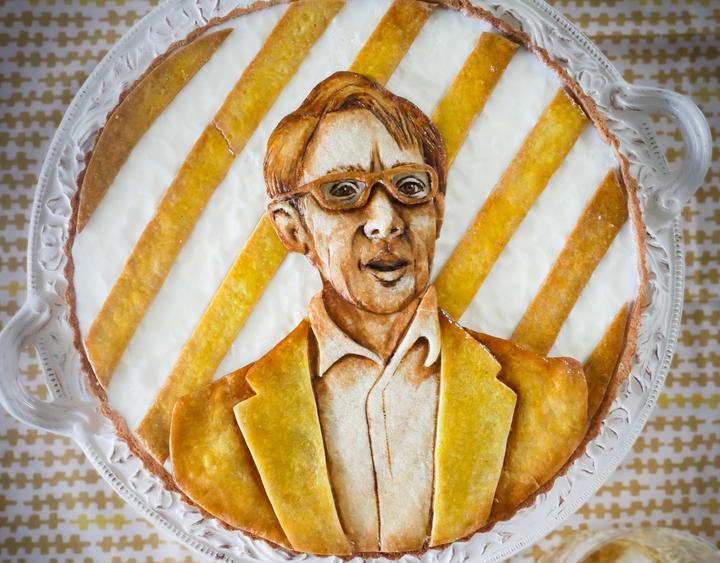 “Because New Zealand has been so successful it’s a conversation New Zealanders don’t really want to have,” he says. One angry reader wrote to him that he was the only one from the team of five million who supported reopening.

But Coughlan says it is the big political story about the next step for the country and it needs to be covered.

He points out that the journalists face as much scrutiny as the politicians at the briefing, not only from the public but their own bosses.

“Performing at the press conference is like the Olympics, where your editor and CEO are watching. If you screw up, everyone along the way is watching.”

Moir resents suggestions that the press gallery is taking instructions from the PM to play by the rules.

“We’re not down here waiting for orders from the ninth floor,” she says, responding to NewstalkZB’s Kate Hawkesby’s comment that “the gallery all seem to have had lobotomies and are unable to ask a single probing question”.

“If the Prime Minister’s Office knocked on the gallery door and said ‘don’t say this’ the gallery would explode,” says Coughlan.

But he agrees with another NZME colleague, Fran O’Sullivan, that the politicians on the podium need to get to the point, spell out the case numbers and tell us how much longer we’re in lockdown.

Stuff’s Andrea Vance has been watching the briefings from home and says Ardern’s communication is flawless but it is time to “cut down on the spin”.

She and her colleagues have been running sweepstakes for how long it takes to get to the latest on alert levels and one day it took 13 minutes to get through often meaningless information.

Last year The Detail talked to documentary maker Robyn Paterson, who was among the staunch critics of the press gallery.

This time she says we’re seeing “mostly constructive questioning, with some notable and predictable exceptions.

“There are of course still those individuals - and I would say publications - who are intent on presenting clickbait statements rather than asking a question,” she writes in an email.

But as time goes on the trend has been for the constructive questioning to drop away in favour of the clickbait statements.

“There becomes a growing hunger as lockdown continues to keep the drama level at the same height, which requires more and more manipulation. One of the casualties in all of this - and a conversation we need to have - is mental health.”

One of those in the gun for her persistent questions, TV3’s political editor Tova O’Brien is absent from the briefings.

Vance says the gallery “needs more Tovas” but others are doing a great job keeping checks and balances on the government’s extreme measures. She worries that people are being bombarded with government spin and not hearing enough alternative voices.

What hasn’t changed are the performances of Bloomfield and Ardern, Coughlan says.

“He’s a natural. He’s so good at getting on top of knotty and political situations.

“Ardern never gets fazed and she knows the dynamic of the country. She’s never concerned with losing her grip on the country.”