The Making of The 9th Floor 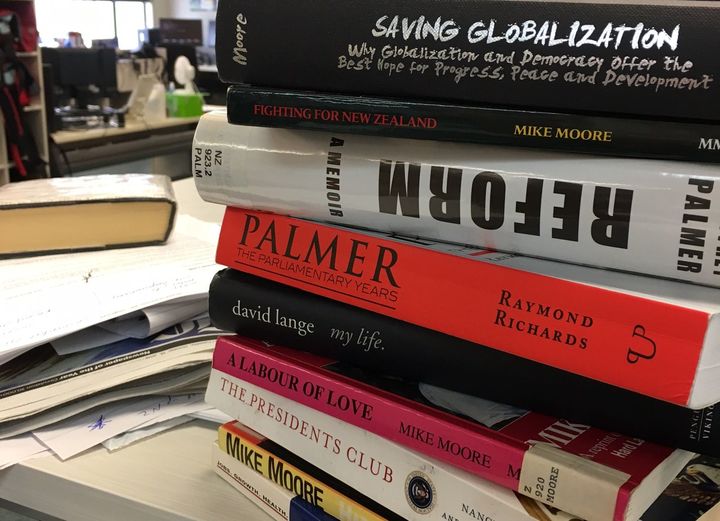 Driving back from our interview with Mike Moore, through the rolling hills around Whitford, Guyon Espiner and I talked about what had been a powerful – even moving – day spent with the former Prime Minister. It was the first of five remarkable days we spent with the five folk who led New Zealand from 1989 to 2008 - Moore, Sir Geoffrey Palmer, Jim Bolger, Dame Jenny Shipley and Helen Clark.

Moore had responded well to the memories, the old debates, and the tales of characters from his heydays in and around power. Despite his stroke in 2015, there was no missing both the profound insights and hummingbird-like thinking of a mind that David Lange once said worked like it had been wired by a Ukrainian electrician.

Guyon and I warned each other about being swayed by nostalgia and romanticising the wide ideological battles of our past. But I sighed and said, “It’s hard not to think there was more passion then”.

Moore talked about needing to spend a year without work to campaign full-time and win a seat (two seats, in his case) off an opponent. He and wife Yvonne had “imported” kumara from Northland to Christchurch, run housie nights and done odd jobs for the privilege of being the MP for Papanui. He remembered sweeping the hall floor, while still technically Prime Minister, after his election night loss in 1990.

He also pointed out that several of the fourth Labour government’s key figures had written books before or during their time in government. It was a way of testing the rigour of your own thinking at a time when the gap between National and Labour was much wider.

The walls of fortress New Zealand were being torn down by free-market ideology and a series of economic crises. Moore – and later Bolger – would talk at length about what it was like to be told by Treasury officials the day after a comprehensive election victory that the country was nearly broke.

“The country was stuffed,” Moore sighed, as he talked of David Lange, Roger Douglas, Palmer and himself meeting at the DB Mangere Hotel to figure out what the hell to do when the Reserve Bank tells you they may run out of money.

Bolger, on the other hand, was still clearly seething that he had been blind-sided by the need to bail out the BNZ when he took charge in 1990.

It was capturing these stories, and asking the people who ran the country through one of the most revolutionary times in New Zealand’s political history to reflect on what they’d got right and wrong, that drove Guyon and me to start work on this series. These leaders share a rare view of the country and won’t be with us forever.

We started approaching them in September last year, asking for a day of their time to talk at length about their time in power.

While their careers before and after their time in office are a big part of the story, we wanted this to be about the big job, not legacy interviews. I’m not sure if the interviews ended up that way – some were in power for longer than others. For Moore, it was a mere 59 days, whereas Clark got three terms and Bolger nearly as long.

We ended up doing three-to-four hour interviews with each of them in their own homes (or in Clark’s case, a convenient hotel while she was home from New York). It was a privilege to learn, chatting as the camera operators spent half an hour setting up, of the preparation each had done. One had read back over old documents, another had comprehensive notes, and another had even rehearsed some questions.

In our turn, Guyon and I had spent several months reading the biographies and clippings from the time and talking to former staff, colleagues and friends. 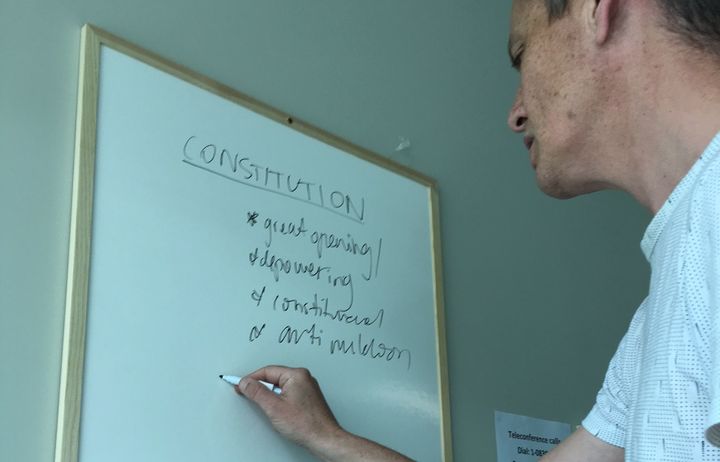 We held long production meetings – which often turned into political debates – about how to start and structure the interviews, which questions we felt were most unanswered and what were the events we must include and which to leave out.

It took us back right back to Norm Kirk (the mere mention of whom, bought a tear to Moore’s eyes) and Sir Robert Muldoon (who generated quite different reactions in most), and their decisions that set the stage for the era to come.

On interview day we typically started mid-morning, talked for a couple of hours, broke for lunch, then came back and talked some more.

Guyon talked about how draining it was to stare someone in the face for so long. These were not the usual ‘accountability interviews’ we usually do with politicians. While there is some challenge, we wanted them to reflect in their own voice. To hear their thoughts now, after all these years since they were in charge (between 9 and 28 years ago).

Much of each interview delved into the key moments of their time in power – Rogernomics, the nuclear-free policy, the Mother of all Budgets, treaty settlements, the arrival of MMP, and the politics of gaining and losing power (four of the five were rolled, in one way or another). All these that shaped us, but are so little known to anyone under 35.

We also asked a series of the same questions, about their bravest decisions, biggest regrets and decision-making processes.

Guyon pulled out Norm Kirk’s great quote – “All Kiwis want is someone to love, somewhere to live, somewhere to work and something to hope for” – and asked them to respond.

A lot of the conversation was cut to make it into a coherent piece that people like you would want to watch.

As Harold MacMillan famously said about what drives governments – “events, my dear boy, events” – each Prime Minister clearly felt bound by the times, their party and the political paddock that fenced them in.

These are not people that spend much time second-guessing themselves; the common answer was often along the lines of ‘I did the best I could at the time with what I knew and given the situation I was in’.

The full interviews will all go into the archives – a sketch, I hope, of a time of profound change in this country.

I hope, too, that these interviews are conversation-starters and reminders of where we’ve come from. Guyon and I certainly went back and forth plenty of times. We always agreed on one thing, though.

I kept thinking, somewhat randomly, of Argentina as I sat in these interviews noting the key points that came up and issues that needed to be returned to. The colonised, stock-driven, southern hemisphere country was once one of the world’s largest economies, but has since been racked by political instability.

New Zealand has had its own upheavals but has never swung into chaos.

That is in large part a measure of these five people, who despite varying strengths and idiosyncrasies, always held to what they thought was best for the nation.

We have had enough ‘Nixon to China’ moments to ensure that we have held – more or less – to something near the centre. That is, those on the left have been willing to see virtue in ideas from the right and vice versa. Consider Moore’s commitment to trade and Bolger’s commitment to Māori rights as examples.

You can pick apart the legacy of all these people. But I reckon that, for a small country at the bottom of the world, we have been well served in this past generation.

There are many, many lessons to be learnt from recent history, but only if we remember it. This series is our attempt to recall where we’ve come from and the decisions that have made us the country we are.