On the farm: What's happening around New Zealand 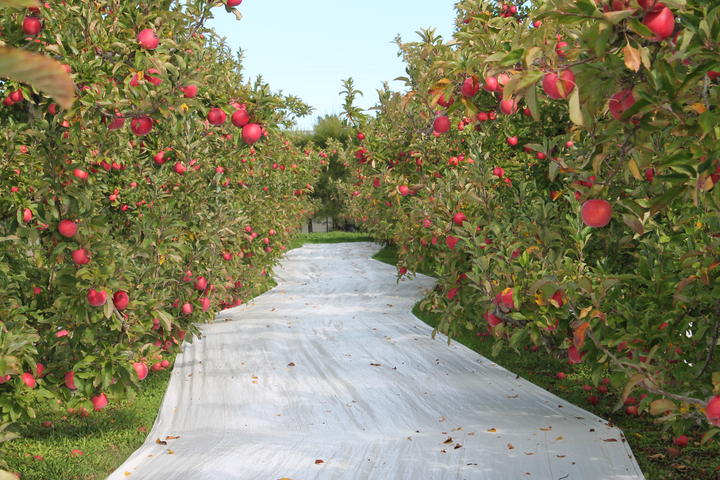 Each week, we look at what's happening on the farms and orchards of New Zealand.

It is starting to get cooler in Northland. The region has had enough rain to green the pastures up but not enough to give decent pasture coverage. A stock agent says there are still a few cattle that would have normally been gone by now still on the farm but hopefully when the saleyards open on Monday, it will help clear the backlog.

The weather around Waikato has been nice and calm. Fertiliser trucks are busy putting on the last of the nitrogen to get a little more grass grown before winter comes. The farmer we spoke to says that now he doesn't have any cows to milk in the afternoon he spent Thursday afternoon on the couch watching the coverage of the Budget.

Down the road in King Country, near Taumarunui, the region has dried out again after rainfall a few weeks ago. The weather's been mixed with the odd frost, fog and sunshine. Farmers are busy dagging, rams are finishing up with the ewes and there is still some store stock on the move. Pasture levels aren't bad so feeding out won't start for another month.

Over in Bay of Plenty, it's been grey and cloudy.  May has been mild and drier than other years but there are still reasonable pasture covers and the cows are in good condition.  On kiwifruit orchards, picking is coming to an end. The gold variety is all but done and green's coming off now. There are about 50 million trays left to go to market. Our contact says that growers will probably earn about $1 a tray less this year. Capacity in the packhouses has been down about 10 to 15 percent because of Covid-19 social distancing rules.

Snow in May doesn't stay

It's been a sunny week in Taranaki, grass is growing reasonably well and there's been good rain. Few herds are still milking. There's a saying "snow in May doesn't stay" - but there is still a bit on the mountain after a fall a couple of weeks ago. It hasn't washed off yet.

Across the island in Hawke's Bay apples for processing are coming off the trees - there may even be a shortage of them because there were so many export quality fruit this year. Most of the process apples go into juice.  Summer fruit growers are well into pruning and apple orchardists are busy rolling up reflective mulch - that's long sheets of white material that's put down between the rows to throw light up into the trees to improve fruit colour. If you look after it properly the sheets will last five to six years.

Around Gisborne it's a game of two halves. Some farms are really comfortable and have been capturing rain the whole way through and the other half are wondering how they're going to get through winter - conditions aren't as bad as they are in Hawke's Bay though. One farmer is budgeting on spending $150 on feed for each cattle beast to get them through until they can be sold.  Early scanning is starting for ewes. Some mandarin growers are holding the mandarins on trees -  you can never sell them in school holidays and that's what lockdown has felt like. If growers are lucky they receive $1.80 a kilo for them - even a bit more but they've been told if you want under a dollar a kilo pick them now. They're hoping to pick again when school goes back next week.

The Ag consultant we spoke to in Manawatū had just shifted back into the office. He says farms in the region had between 15 and 65 millimetres of rain last week - and with the reasonably good soil temperatures grass growth is kicking along. There's now a greater level of comfort going into winter and a number of dairy herds are still milking.  Space has eased up at the works and there was a sale at the Feilding yards on Friday - the first in weeks.

Wairarapa has turned a corner and sheep farmers are forfeiting feed for their Hawke's Bay counterparts - they're not actually flush with feed themselves but are acutely aware of the predicament of their more northerly neighbours.  Our contact would like to see some of the money allocated to apprenticeships in the Budget go to the food and fibre industry. She says those industries will make money to get us out of the hole we are in.

She says pregnancy scanning in sheep is just around the corner - June and July are the busiest months and lots of the scanners come to New Zealand from the UK to do the work in their off season. She's heard from one who says  MPI has given him clearance to come in.

In fact the Gisborne consultant we spoke to says this year, because of the shortage of feed, scanning will be more important than ever because it allows farmers to allocate feed to the animals that need it most and there's none to spare. 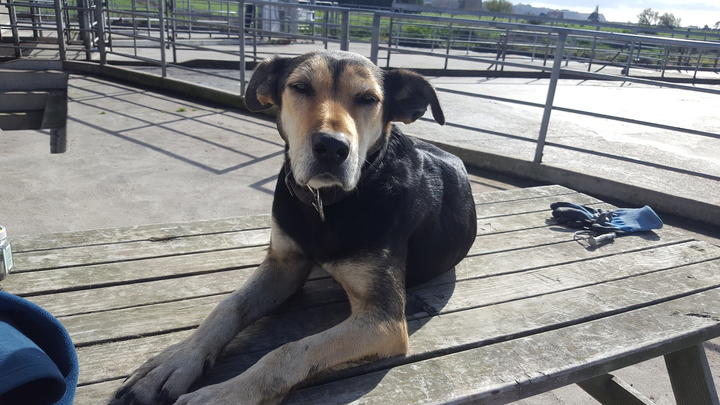 The Tasman region was mainly fine with cool mornings. The last of the apples are coming off trees this week. Kiwifruit orchardists have finished their gold crop and are now into the green Haywood variety. Fruit size is a bit smaller than expected but it's coming off vines without a hitch.

The northern parts of Marlborough have had over 100 millimetres of rain in recent times so are looking good, but south of Seddon it is still desperate. Dairy farmers who normally graze their young stock in this area over winter can't do that this year. They're really caught and may have to send animals as far away as Canterbury.

The West Coast up around Karamea had a pretty good week .. sunny days and early mornings are still sitting around 8 degrees.  Our contact here is strategically drying off dairy cows. He's ending the year with 8 percent more milk than last year but after some very tough seasons, and dropping cow numbers, he'd be hoping for an improvement, and says he's confident enough to increase numbers by 30 cows again for next season, so he'll get a further jump in production then.

North Canterbury is still  in a pretty bad way ... not as horrific as parts of Marlborough, but still bad. An Ag consultant here says it's not until you hit South Otago and Northern Southland that you see moisture.  Any rain that's arrived has been late and farmers with irirgation have been still using it because they've  wanted to maximise the late April and May growth before it gets too cold. It's hard to find spare feed to buy: although hay, grain, silage and baleage is coming up from mid-Canterbury. This year it's expensive because they've been dry as well. Quite a few lines of capital stock, cows and sheep, are being sent well south to places like Mataura for grazing.  Dairy farmers with irrigation are going to keep milking as long as they can anticipating that this year's milk will be worth a lot more than next season's. 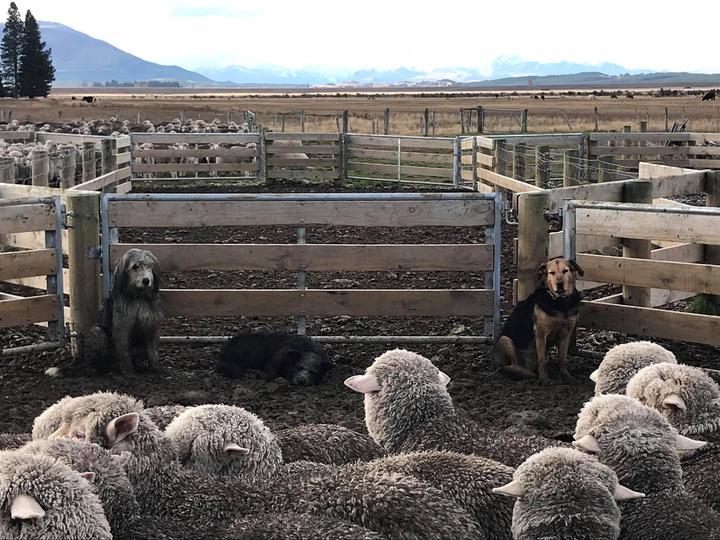 In mid-Canterbury the dry mild autumn just doesn't want to let go even though it's middle of May. Grass growth has slowed right up with cool nights and days shortening up. A lot of stock will be starting on winter feed over the next couple of weeks.

Central Otago's had a good autumn, grass is still growing and it's been mild. The farmer we spoke to was pleased to have the grass because they've been carrying their store stock for longer than planned.  Calves that normally would be weaned and sold at an "on farm" sale in mid April have only been weaned this week.  Stock agents have found buyers privately and 80 percent of the animals have found new homes ... they've headed off to Hawea and Ashburton areas.

Southland is continuing to have a dream run and cows will be milked until the end of the month, although light cows will be dried off from now on.