This is the first in a three-part, in-depth podcast companion to the visual documentary, NZ Wars: Stories of Tainui. The next two parts will be released on February 13th and 14th. 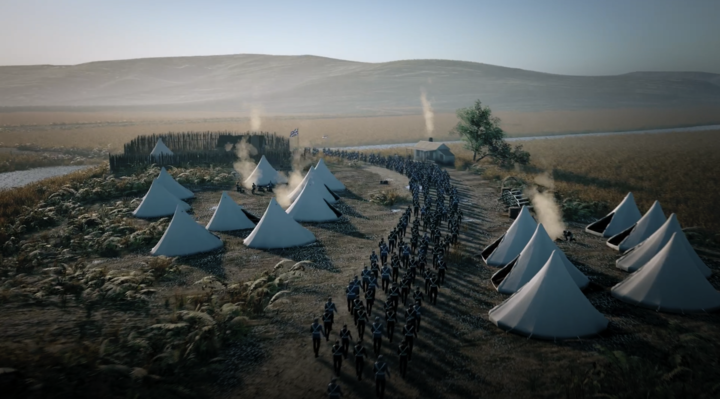 A reconstruction of the crossing of the Mangatawhiri stream Photo: Kaleidoscope 3D

Through the 1840s and 50s Waikato Maaori had been close allies of Paakehaa settlers living in Auckland. So why did war break out between the two factions early in 1863? Together Mihingaarangi Forbes and William Ray investigate the origins of the largest, most significant war between Maaori and the Crown in New Zealand history: The Waikato War.