Cold Immersion Therapy: Will freezing free you up?

Cold immersion therapy could be as simple as hopping in a cold shower or as high-tech as stepping into a cryo-chamber.

But when one of the side effects is death, it is not something to do lightly. 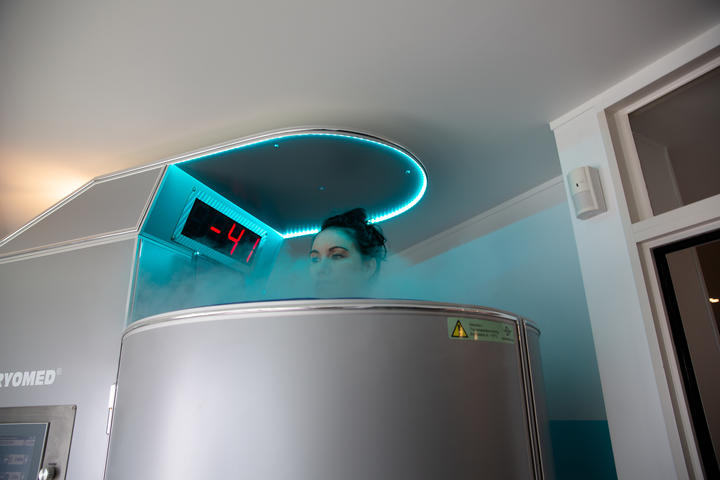 Wim Hof is part of the reason cold immersion therapy has become the hottest wellness trend of recent years.

His website claims his breathing technique along with daily ice baths can boost your immune system, improve your metabolism, relieve stress and improve mental health as well as a number of more specific claims around certain illnesses. 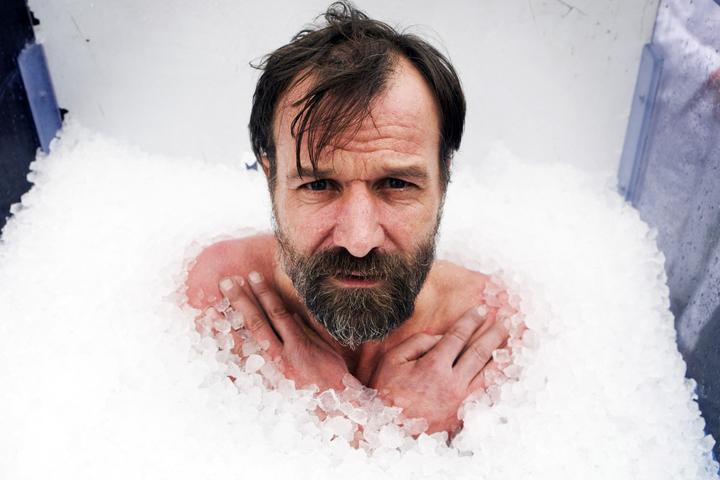 One of his millions of followers is Black Fern Sarah Hirini.

“I suppose I fell in love with it straightaway and just the benefits that I felt from it,” she told Healthy or Hoax host Stacey Morrison.

She said it resets her body to enable her to thrive throughout the day.

Part of the charm for Hirini is the challenge.

“It's like a love/hate relationship,” she said, “Every morning I'm like oh yeah, it's so good for me and then as soon as I go to hop in or turn [the shower] on cold I’m like, oh, do I really want to do this? Is it really worth it?”

“There's constant questions in your mind but then you do it and get out and you're like, oh yeah, that was amazing.”

Cryotherapy isn’t just one thing. The term encompasses ice baths and ice packs, but the most high-tech treatment involves dry ice and a cryo-therapy chamber.

There is only one of these treatment facilities in New Zealand, on Auckland’s North Shore.

Three minutes in the cryo chamber at Cryo Health Solutions will cost about $70, but owner Jill Somerville recommends a series of visits.

She said the freezing temperature causes receptors in the skin to react, creating a fight or flight-type response which results in blood being diverted to the vital organs. While the blood is sitting in your core it is getting pumped full of oxygen, enzymes and nutrients which then circulate back through the body as you warm up.

Somerville told Stacey Morrison the treatment is good for people with muscle pain or injuries, sleeping problems or anyone looking for a bit of a general pick-me-up.

“Honestly almost everybody that has come in and tried it has felt some sort of benefit,” said Somerville, “Usually within that first hour, you get that endorphin rush, so people feel very energetic. It’s a little bit of a mood booster.”

“It has been shown to decrease cortisol levels which helps to relieve stress as well,” she said. 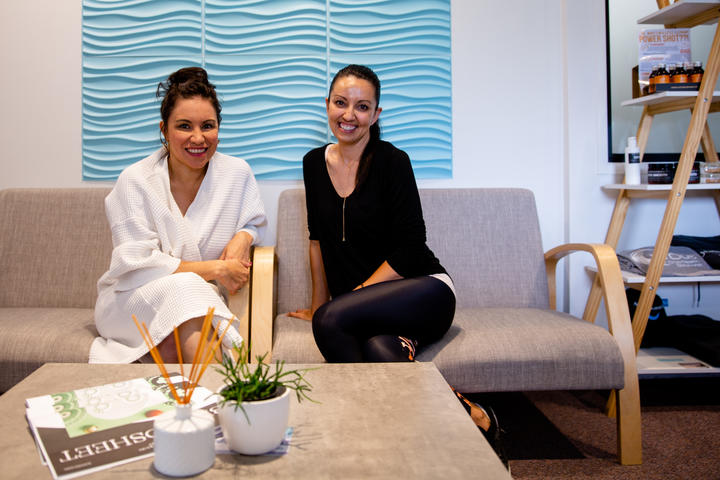 Somerville said because it is an alternative practice, there have not been a lot of studies into cryo-therapy chambers, but she said in Europe it has been around for a couple of decades, so there is more and more evidence of it’s benefits.

Stacey Morrison gave the cryo-chamber a go and found the three minutes at minus 130 degree temperatures extremely challenging. 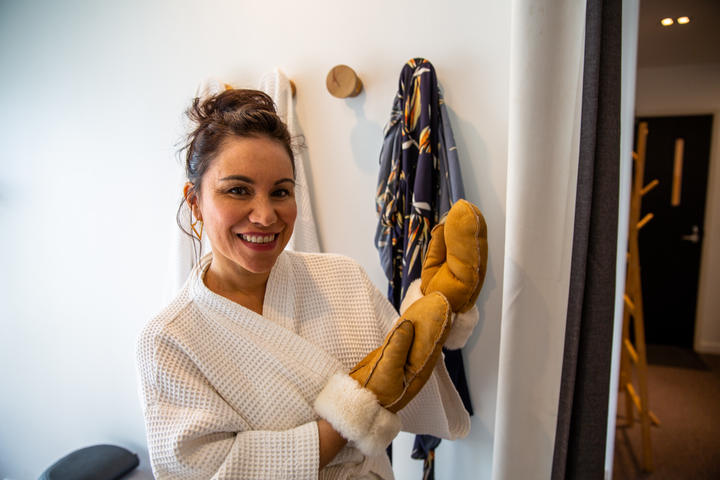 Listen to the full podcast to hear her thoughts on the cryo-chamber. 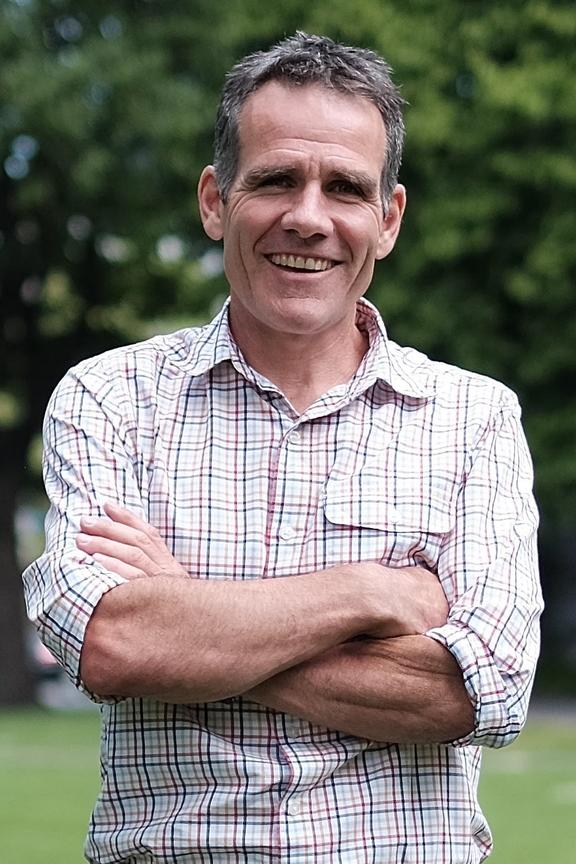 “It [cryo-chambers] provides income and a way to keep money moving in society and I don't see any benefits really, other than that. It can make people feel good, but so can a cold bath,” he said.

Cotter said cryotherapy in the mode of ice packs and cold water immersion has been shown to reduce inflammation and pain and can lead to early recovery of strength.

But he said that might not be good in the long term.

“If you reduce that recovery effect too quickly, you may be impairing some of the longer term benefits that you get,” he said.

“The actual effects that the cryo-chambers purport to have, water actually has a much bigger effect.”

He says the cryo-chambers tend to be quite short exposures and there is unlikely to be much benefit from that.

“Ice baths give you much more cardiovascular, like that cold shock that you just don't get in air,” said Cotter

“Which is good and bad. If it doesn't kill you it might be good for you. 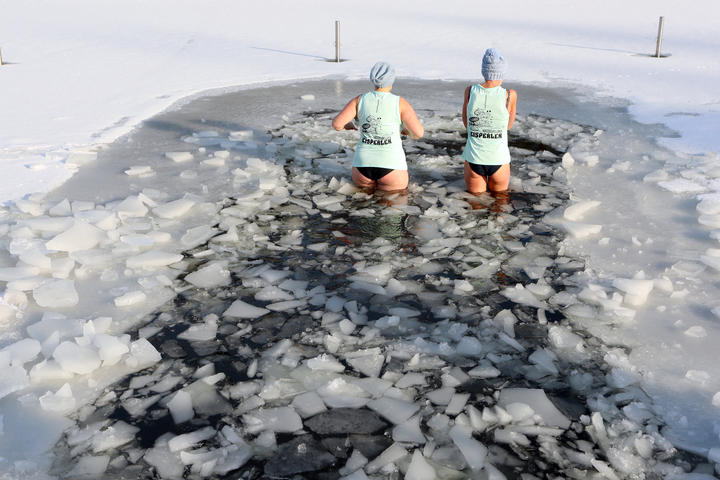 Cold immersion could be good for you, if it doesn’t kill you. Photo: MATTHIAS BEIN / dpa-Zentralbild / dpa Picture-Alliance via AFP

Cotter said while there have been deaths in cryo-chambers, generally they are well safe-guarded against that. But he said plunging into freezing cold water is really hard on the heart.

Jim Cotter believes we need to challenge our body, take it out of its comfort zone every so often, but that that needs to be done in a safe way.

He said there is a lot of really interesting research coming through, that indicates cold water immersion - particularly things like ocean swimming - might have huge benefits for our mental health.

And as far as cryo-chambers go, Jim Cotter gives them a Healthy or Hoax rating of 1.

“Mostly for me it’s that you can just gain those effects so easily in so many other ways,” said Cotter.

“And in particular, it costs people real money and it costs the planet. And I just think we have to factor those things in. And once you do that it doesn't score well.”