The Shakti Mat’s arrival in New Zealand is a classic yarn. 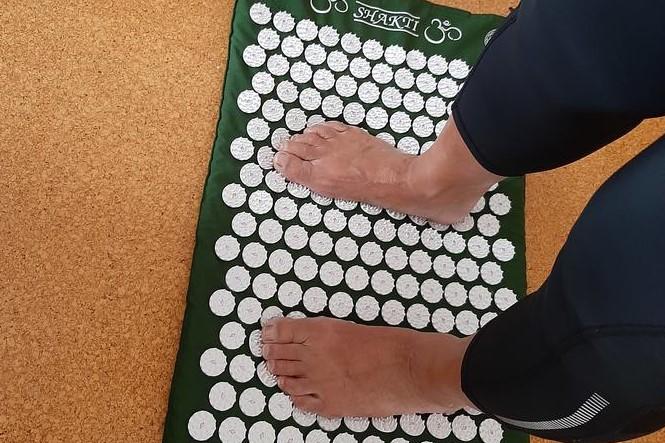 Standing or lying on a shakti mat is painful, but said to promote relaxation and relieve aches. Photo: RNZ/Sara Vui-Talitu

Jonathan Heslop and his university mate George Lill were travelling in Thailand, they were on a particularly yoga retreat style beach, when a man came along with one of these mats. The man explained what it was and although the pair were were skeptical, they gave it a try.

"It was one of those real 'wow' moments, of going; 'how do people not know about this?'," said Heslop.

Two months later, back in Dunedin where they were studying, Lill thought there would be a market in New Zealand.

"And so about six months later we had 2000 of them arriving on our doorstep and all the money we had spent on them," laughs Heslop.

Although Heslop wouldn't say how many mats they've sold since then, he pointed out the company placed 13th on the 2019 Deloitte Fast 50 list, with revenue growth of 340 percent over the last three years. 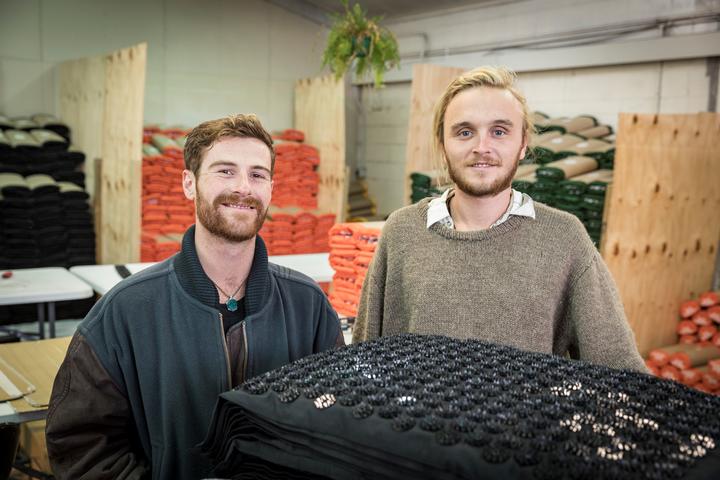 Shakti Mat NZ founders Jonathan Heslop (left) and George Lill had a 'wow' moment when they tried a shakti mat while on holiday in Thailand. Photo: Supplied

The Shakti Mat looks like a doormat covered in thousands of tiny spikes.

"It's made from the same plastic that Lego is made from," said Heslop, "So if you've stood on Lego, you know how how hard that is."

The idea is to lie or stand on the mat for 20 minutes or so, Heslop uses his mat almost everyday.

"In general people lie on it the very first time and they go 'ouch'. How is how is this supposed to be relaxing?," he said.

But then: "You get this this change in sensation in your body it stops feeling sore and it starts feeling warm and tingly. Relaxing, you kind of feel like you're melting away into it."

Heslop reckons it's like exercise - no pain, no gain. "The results, and the benefits are just so worth it. Generally the things that are most worthwhile to do take a little bit of willpower and discipline and some sacrifice." 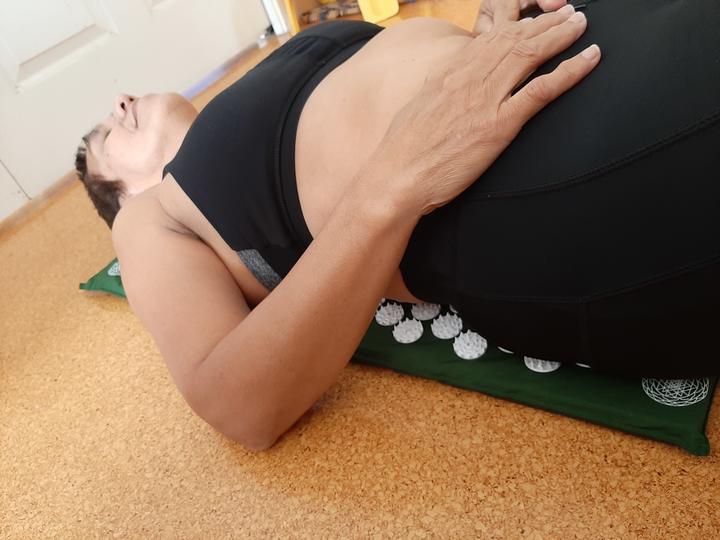 Aggie Boxall uses her mat to give her an energy boost in the morning and to relax in the evening. Photo: RNZ / Sara Vui-Talitu

Edwina Nathan and Aggie Boxall have shakti mats at home.

Nathan uses hers after work: "I sit at a computer so my arms and shoulders are forward so I’ll often go home and take my shirt off and lie on it. It releases a lot of the stiffness."

Boxall found it "a bit prickly" at first, but now she loves it.

"After the first five minutes of just lying there, you feel the heat coming through and then you just relax on it," she said. 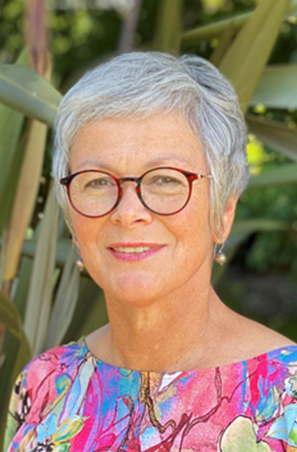 Physiotherapist Susan Kohut says the Shakti Mat is a blanket stimulation, which is quite different to acupuncture or acupressure. Photo: Supplied

Susan Kohut is a physiotherapist and she also teaches western acupuncture to post-grad students at Auckland University of Tecnology (AUT).

She said while there are studies which show acupuncture can impact the central nervous system, the Shakti Mat isn’t as focused. "It’s more of a surface, blanket stimulation," she said.

She said there are claims that lying on the mat enhances endorphins to block the pain and oxytocin to make us feel good. But they're general statements which aren't backed by research.

"It was a big surprise, when I looked in the literature," she said, "There was just nothing really there."

Kohut did find one study into Shakti Mats which was published in 2011 which found people lying on the mat for 20 minutes had a slight reduction in heart rate, blood pressure and alteration of the function of the autonomic nervous system.

"But on the scale of being good to excellent, it's probably in the middle," she said.

Simon Malpas, Professor of Bioengineering and Physiology at Auckland University, had a good look for studies that prove Shakti Mats have health benefits. 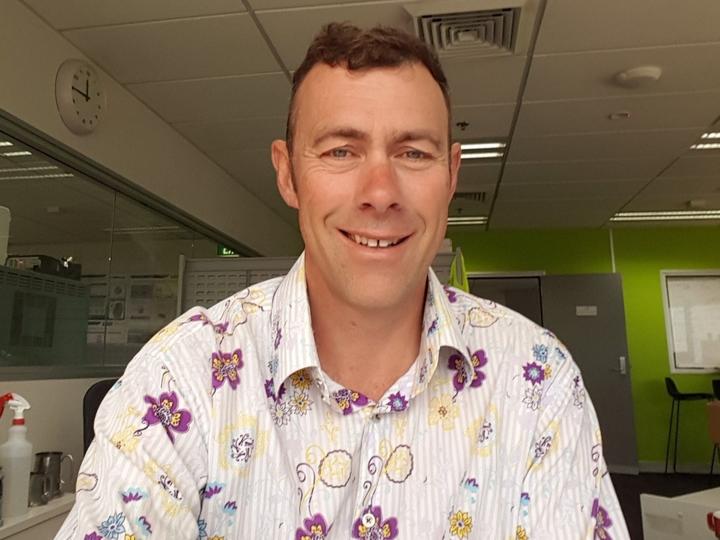 Professor Simon Malpas had an open mind, but was unable to find any research to back up claims Shakti Mats have long-lasting health benefits. Photo: Supplied

"I had a bit more of an open mind on this one," he said, because stimulation to the skin, like electrical stimulation, has often been used to relieve pain in certain areas

"It would be fantastic if I could go along to the chemist and buy something and put it on my shoulder when it became sore after a long walk or something like that," he said, "But if I'm going to spend $100 on that I want to be pretty certain there's some level of trial that's taken place that says in X number of people, so many people got a benefit from it. And when you dig deeper and look at the publications, the evidence just isn't there."

"There’s very little physiological evidence to support any long lasting effect. I was unable to find any studies that really would pass muster. All I could find was an awful lot of marketing and a lot of pseudoscience without a lot of strong basis to it." 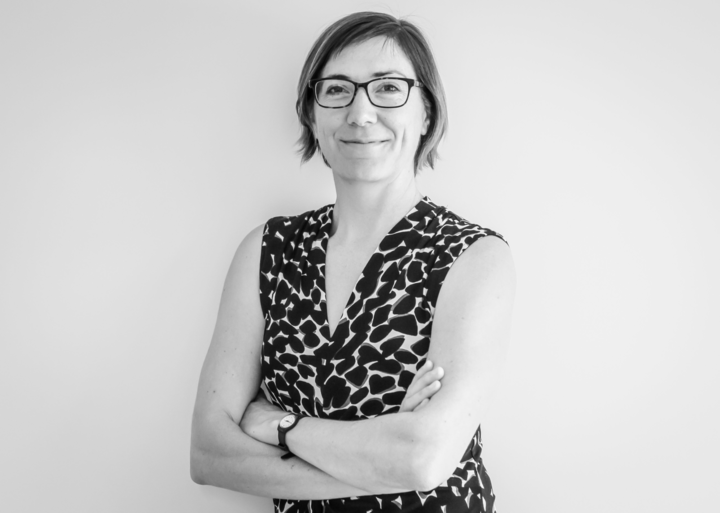 Dr Kate Roberts is also a practicing acupuncturist and while she hasn't gone looking for research into Shakti Mats, she has had plenty of anecdotal evidence from many clients, some who are elite athletes, who use Shakti Mats and swear by them. 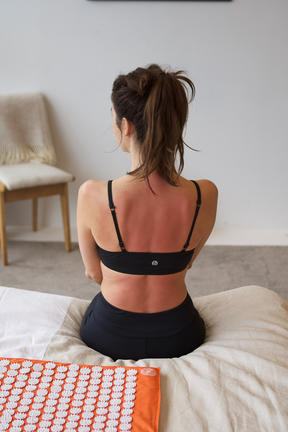 Heslop says you have to take a 'no pain, no gain' approach to using your shakti mat. Photo: Supplied

"So it hydrates the tissues underneath where it's stimulating," she said. "So when your muscles are fatigued and they've got lactic acid in them and they're feeling achy and sore, anything you can do to get that blood flow happening and those nutrients in the blood hydrating the tissues is going to help to flush it out and going to help that muscle recovery."

Roberts said: "I don't want to sound like one of those people selling snake oil, but I actually haven't had anyone ever say that they haven't enjoyed this, or stopped using it."

And Kohut says there’s lots of science that proves relaxing is good for us.

"Anything that we do to take time out for ourselves is really important and it's so hard to factor in.

"I don't see anything wrong with with things that may even have a placebo response as long as it's working for you and it's not hurting others or costing a great deal of money," she said.