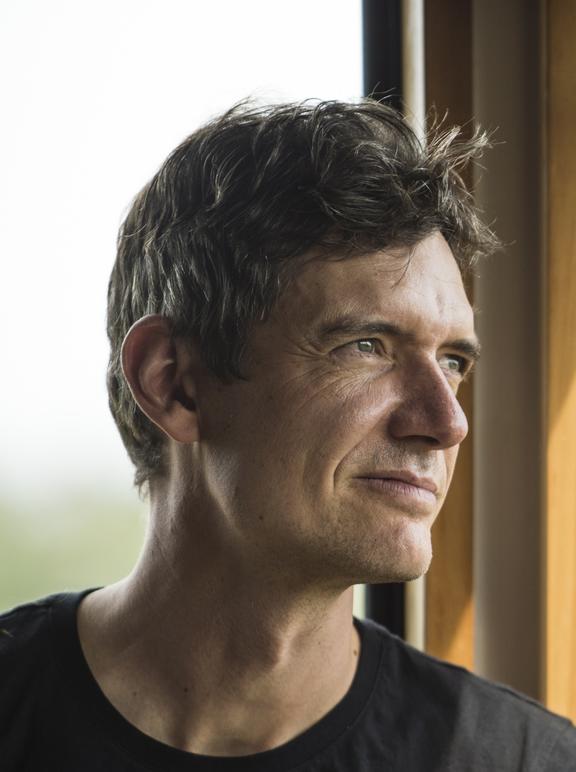 Alexander Tups has found timing could be a key factor in getting the most out of fasting. Photo: FELIX WOELK

"The most recent research suggests the body rejuvenates during fasting and that it increases lifespan," said Dr Tups.

"Another thing that has been show, is that these intermittent fasting periods can directly affect our brain. So, it can increase neurogenesis," he said, "We need to do more research to confirm this. But that would be really interesting because then it would also improve cognition and it could be beneficial to treat dementia, for example."

And Dr Tups' own research suggests timing could be a factor.

"So we found that if we give food to certain times of the day, we actually have an effect on the hormone that regulates our body weight," he said.

The hormone is leptin and it makes us eat less and burn our energy. Tups' research found that in the morning the hormone works really well.

"So it was around breakfast time to lunchtime," said Tups.

Which would suggest eating over this time and then skipping dinner might be most effective.

But again, this is research done in mice - so Dr Tups is unsure if it can be translated to humans.

Professor Rachael Taylor, director of the Edgar Diabetes and Obesity Research Centre at Otago University was involved in the SWIFT study, which looked at different ways of sort of assisting people to lose weight.

The subjects were able to choose which diet would suit them and many chose fasting. 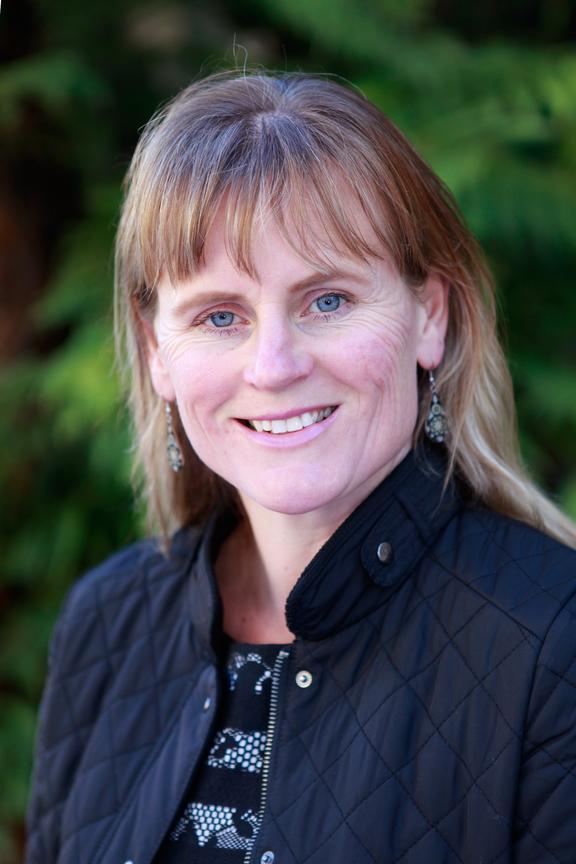 "A lot of the people liked the idea of fasting," said Taylor, "They felt that it was going to be much simpler, but in reality, they found that fasting or the fasting days, not surprisingly, really quite difficult because they could only eat less than a quarter of their normal dietary intake."

Taylor said generally speaking, a lot of women found fasting difficult to incorporate into their lives.

"Particularly if they were the main food provider in their households, they found it quite difficult to fast and actually cook for everyone else."

"This is well known," said Taylor, "People are able to follow a diet generally quite well for about six months, but any longer than that and adherence usually declines quite rapidly. And we found that, too."

Despite this, Taylor is still interested in the fasting research that's out there.

"There's a lot of animal based research that would suggest that fasting’s got something there. Unfortunately, the human research isn't anywhere near as definitive.

"Generally the literature shows that, yes, it's quite good for weight loss. Yes, it can have some improvement on your metabolic outcomes. So things like your blood lipids and your blood pressure and your blood glucose and those sorts of things. But all that's really tied up to weight loss. If you lose weight, you generally have benefits."

We had three RNZ staff members give the different types of intermittent fasting a go. 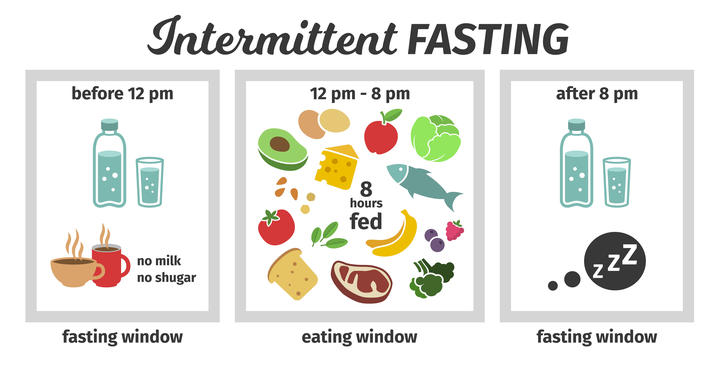 Alex Ashton, former host of The Detail, was on the 16/8 fast. He loved it. He would stop eating about 8pm at night and not eat again until about midday, every day of the week.

It did lead to some tricky moments on weekends where he missed the close off window, but said he just pushed his mealtimes the following day out a bit.

Alex said after a month of fasting, he noticed an increase in energy and a small loss of weight.

"I plan on just keeping going with with it. To be honest, it's really working for me."

Katrina Batten, producer of RNZ's First Up programme, spent a month doing the 24 hour fasting - which means for two days a week she would not eat anything for 24 hours. 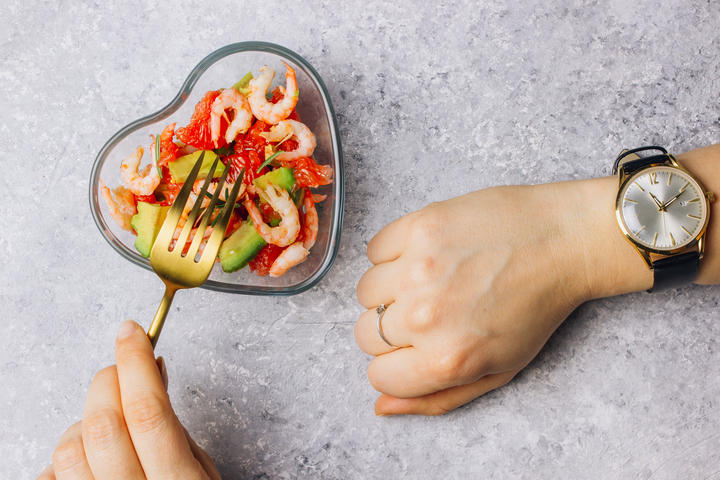 "I thought it might be easier," she said, "The first day there was a slight obsession with how long to go, but after a while, it was just a day. I didn't have to worry about food prep or anything. It was good."

Katrina had done some fasting before, so she knew what she was in for and after month had lost a few inches from around her waist.

"I quite like fasting. I think it's quite good for my body and I think my body responds to it quite well. I think I had a headache the first couple of days, but that might have been not enough water," said Katrina.

She plans on trying the 16/8 fasting next.

Amy Williams, a reporter in RNZ's Auckland newsroom and mother of three, was not such a fan of fasting.

"I had some really high highs and then some really bad lows where it just all fell apart," she said.

Amy did the 5/2 fast, where for five days you eat normally, but for two days you only eat between five and six hundred calories. 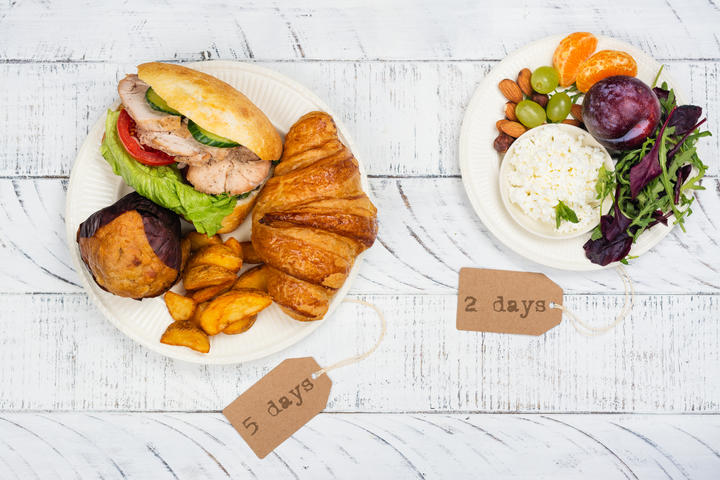 "For me, it was too hard. I lasted three weeks and then that was it. It ended one night when my husband and I both had a bit of an argument and we were both hangry. And it was just like, no, that's it. We're not doing this."

Amy said it was particularly discouraging when she weighed herself after fasting for a couple of weeks and found no change in her weight, but she admits she might have been over-compensating on the non-fasting days.

Listen to the full podcast to hear the full fasting diaries and more detailed analysis from Alexander Tups and Rachael Taylor.