Coolsculpting: Can you really freeze your fat away?

There are so many terrible names for the fatty bits that hang over the top of our pants or wobble when we wave.

Coolsculpting is a new(ish), non-invasive surgical technique which claims to remove these pockets of fat for good.

A Prescription Skincare Coolsculpting patient before (left) and after treatment Photo: Supplied

Coolsculpting is the brand name given to cryolipolysis, the process of cooling fat cells which was invented by Rox Anderson and colleagues at Massachusetts General Hospital in Boston, US, in 2009.

Anderson, who is also a professor in dermatology at Harvard Medical School, said he was one of the first test subjects. 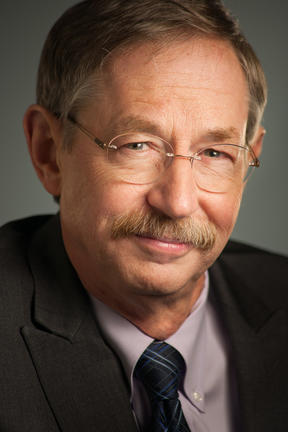 "I'm missing one of my love handles from having treated myself 10 years ago, and it's still really obvious."

Cryolipolysis works by cooling fat tissue down to a temperature near zero degrees celsius. This causes the lipids (kind of like fat molecules) in the tissue to start to crystallize - they go from liquid to solid state - but the water does not. That produces stress on the cells that contain a lot of those fats and it induces the cells to die. Then the body naturally metabolises them away.

"So cryolipolysis as a treatment is very simple," said Anderson, "There's no drugs, there's no radiation, you just carefully cool tissue down to a temperature for a period of time that the cells that have a lot of fats in them are induced to die."

Freezing your fat away sounds pretty cool, so we sent the new host of Healthy or Hoax - Stacey Morrison - off to give it a try at Prescription Skin Care in Ponsonby Road, Auckland.

Asia Chylek has been working in appearance medicine for nearly a decade and is a registered nurse. She’s done thousands of coolsculpting cycles.

"We say that you’ll get about a 20 percent decrease in fat cells permanently," said Chylek.

But it's not without it's downsides. She warns that post-treatment you can be slightly bruised, swollen and numb. The bruising and the swelling goes down after about a week but the numbness can stick around for about three weeks.

There's also a 2 percent chance of nerve pain which can last about a week. Or you could be what Chylek calls a 'non responder'. Asia Chylek has only had one non-responder in five years.

So, coolsculpting is not without it's risks, but the experts we spoke to said the scientific studies showed it was generally a safe and effective way to get rid of small pockets of fat.

But they all agree with Asia Chylek, who said coolsculpting is not a weight loss program.

"Because I don't have a magic wand."

Listen to the full podcast to hear what experts Dr Hooman Khorasani, Dr Howard Klein and Dr Jonathan Wheeler think of coolsculpting and find out the results of Stacey's session.