Episode 6: Te Ahi Kaa - Getting Better - A Year in the Life of a Māori Medical Student

In this episode of Getting Better we drove to Levin to pay a visit to poet, doctor and youth worker Glenn Colquhoun.  But we started that day down the road in Kuku where Emma got her tā moko. 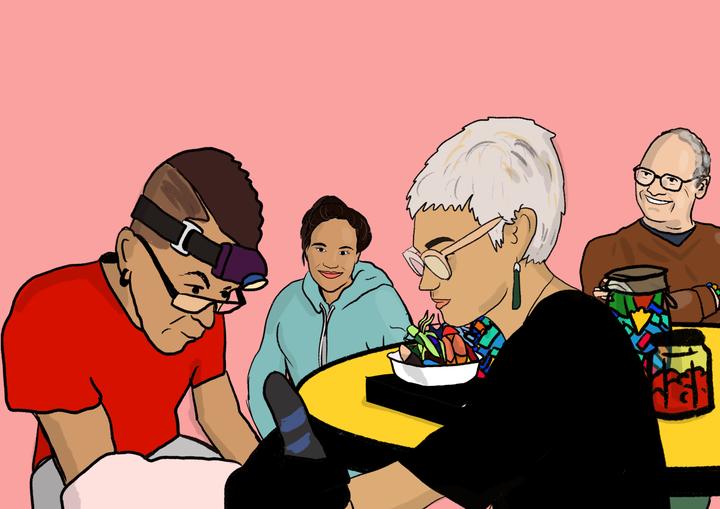 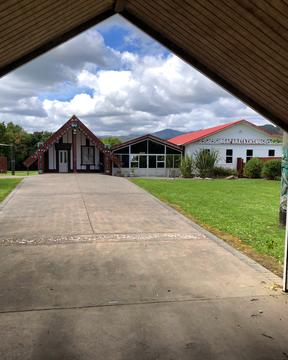 On a road trip to her ancestral home of Tukorehe, in Horowhenua, on State Highway One Emma explained why the time feels right to get her tā moko: “It's not always been obvious, I think, to Māori when I meet them in a hospital or primary care setting, that I'm also Māori and I think people are surprised when I say that, because most people would look at me and know that, but I think it just reflects that power differential, and the fact that there aren't still aren't that many of us.  And so I just wanted to enable them to know.  To be visible, and to be safe for them.”

Emma’s Uncle Tipi Wehipeihana is a well known tā moko artist who lives a few hundred metres from Tukorehe at Kuku.  His studio is at the back of the whare, with a comfy sofa and kete and taonga all over the walls.  Emma’s cousin Courtney (“the favourite moko”) also came for the morning.  The tikanga is different from tattoos - Emma didn’t come with a design for example.  So she had no idea what she was going to come away with, but she knew Tipi would understand the whakawhanaungatanga side of it and also the whakapapa she wanted to represent: “I’m a Wehipeihana on my Dad’s side, same as Tipi and Courts.  My Pākehā side is my Mum’s, she’s one of 12 kids from Takaka.  Her mum was Ethel Smith, a strong woman in an entirely different mould from my Dad’s mum Kura.” 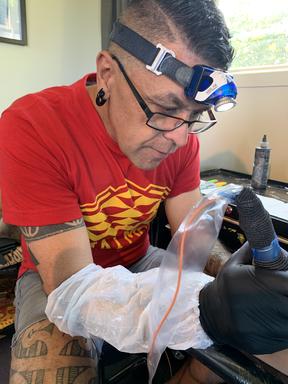 Sitting down on the stool opposite Tipi, Emma explained: “I was just thinking last night, about Mum and Dad’s wedding, it was  the first time that Pākehā and Māori whānau met... and I wasn't there.  But, you know, these two are intensely Catholic whānau.  And then Nanny insisted on bringing her own priest and then Nana had her priest... So it was a two priest wedding!  But they came together - and it was awesome.”  Tipi drew a design freehand across the diagonal of Emma’s arm “If you're looking at both sides, your Nanny’s side and that connection, we will have something that represents your Māori side there, and the interweaving in the connection with your Pākeha side down here.”  The whole conversation only took a couple of minutes, which surprised Noelle, but it’s a different thing to get your head around if you’re not Māori.  Tipi explained that part of the design represents “the pools of lineage in which you swim.”

After we recorded this episode, Emma’s mum Colleen shared some photos with us of that two-priest wedding in Takaka.  “The date was 8 May 1982, and all of these photos are taken at our reception that was held at the Pohara Hall in Takaka.  Fr Kingi is the name of the priest that Kura Wehipeihana (Emma’s Nanny Kura) and Martin Wehipeihana Snr (Emma’s Koro) brought down to Takaka with them.  As Colleen remembers, “We also had a Pākehā priest marry us – it was a very loooong catholic wedding! The service was in English and Te Reo and it was at the catholic church in Takaka.”

Emma says her experiences with Māori patients are different since she got her tā moko: “Maybe I’m projecting here, but my interactions with Māori patients seem richer when I’m on hospital placements - we get to the ‘where are you from, girl’ a lot quicker.  Interestingly, they’ve been a lot more demanding of me, too.  One kaumatua got quite cross with me and corrected my reo as I was handing him his discharge papers the other day.  Hopefully that’s part of breaking down the barrier between medical professionals and patients.  Until now it’s only been the Pākehā patients that I’ve seen feeling entitled to challenge and assert their authority with medical teams.” 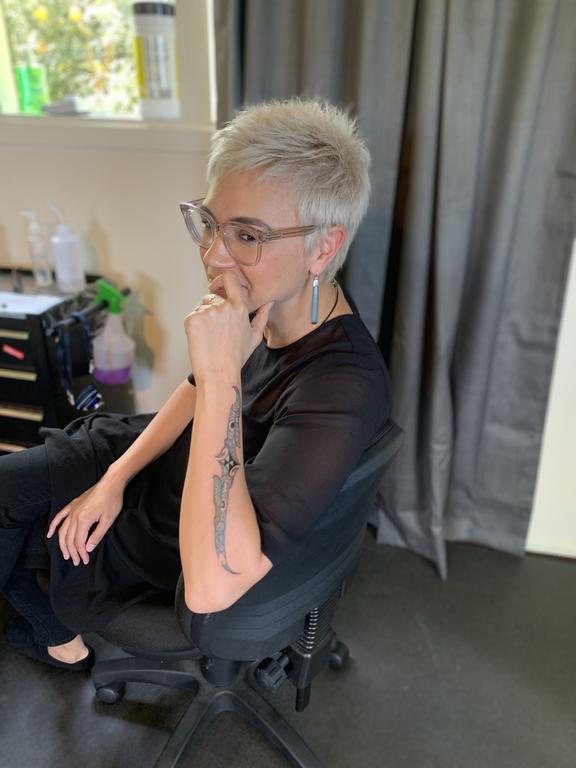 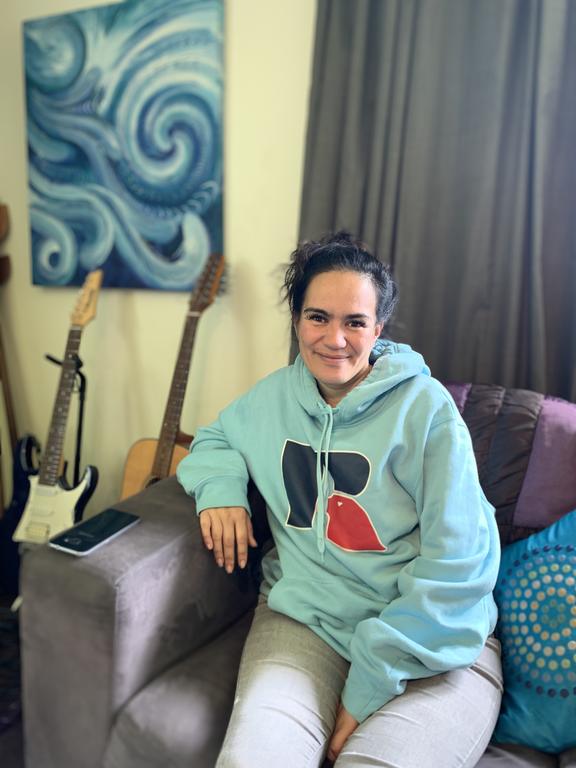 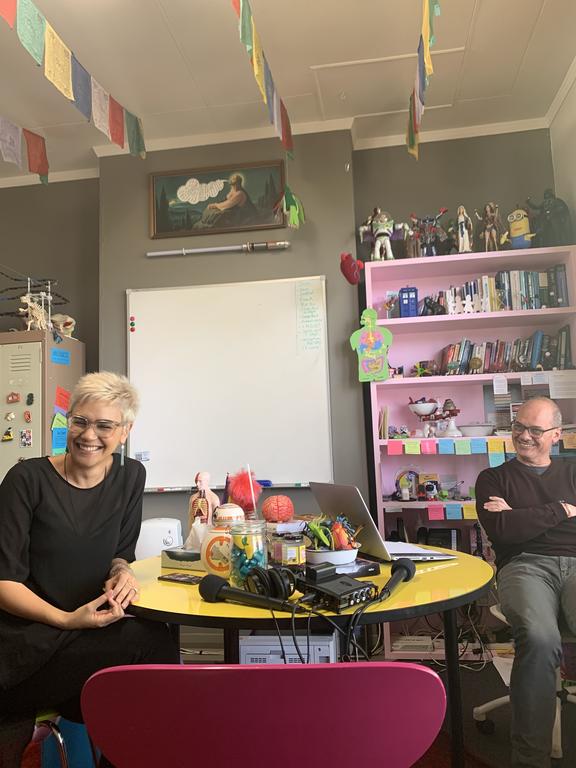 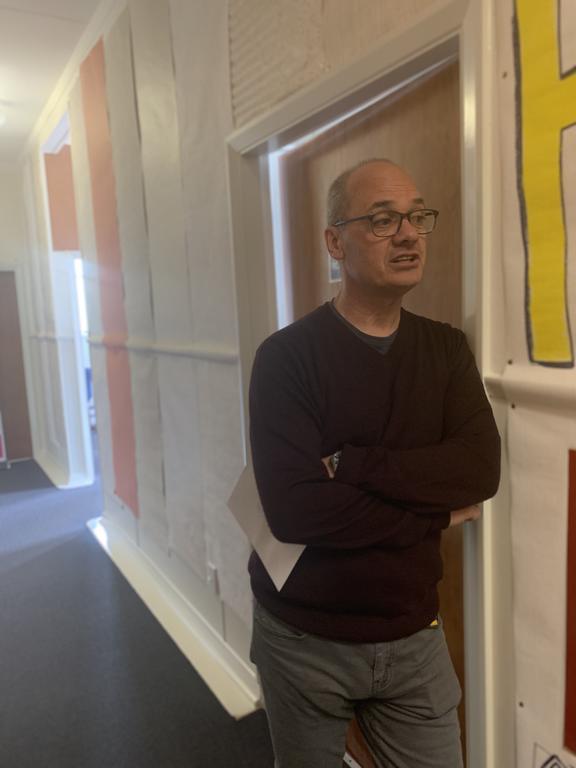 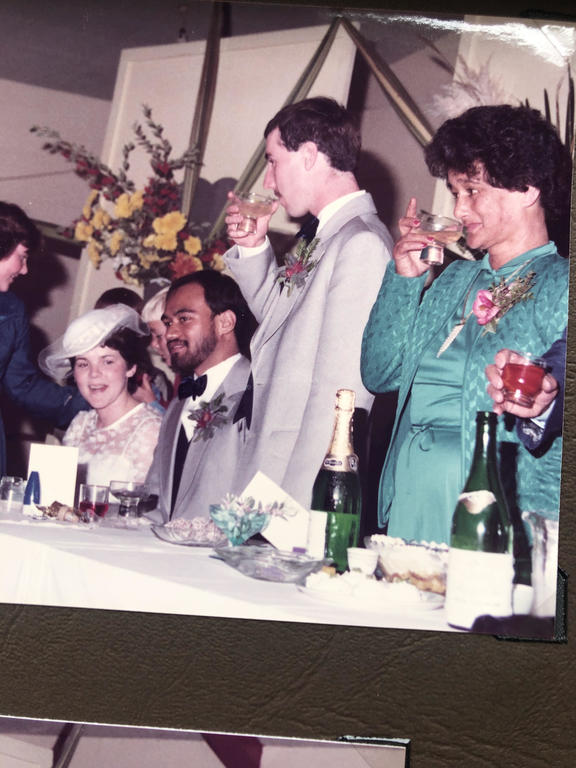 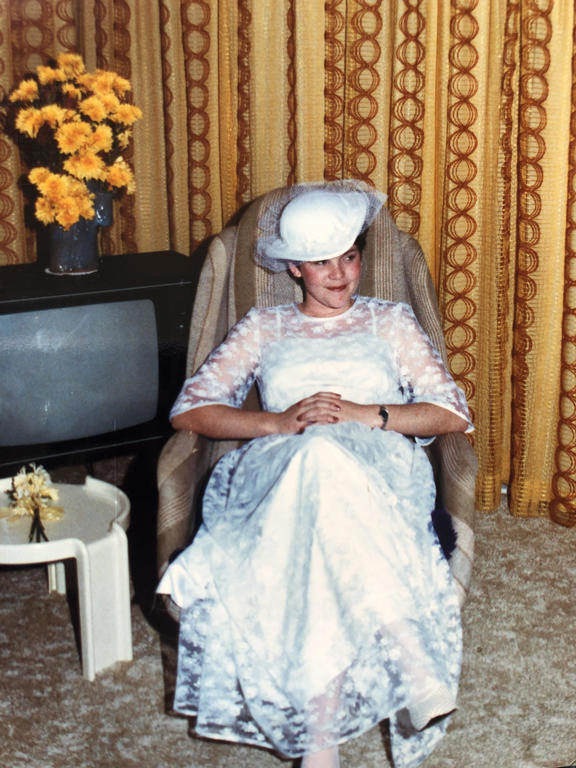 Emma's mum Colleen on her Wedding Day in Takaka in 1982 Photo: Supplied / Bird of Paradise Productions