Winter’s coming on, so the mattresses sprawl across the living room floor. When you’ve got seven mokopuna in a three bedroom house, that’s the only way to make sure all the children can sleep inside.

At the Whiu “marae”, summer means the three big kids can spread out in the garage. But on cold nights in Hawke’s Bay, grandmother Jo Whiu says she wouldn’t even let a dog sleep out there.

So they cram in together, a big whanau determined to make some big changes in their lives. 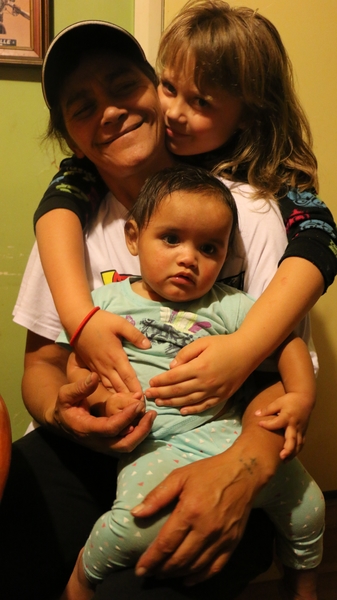 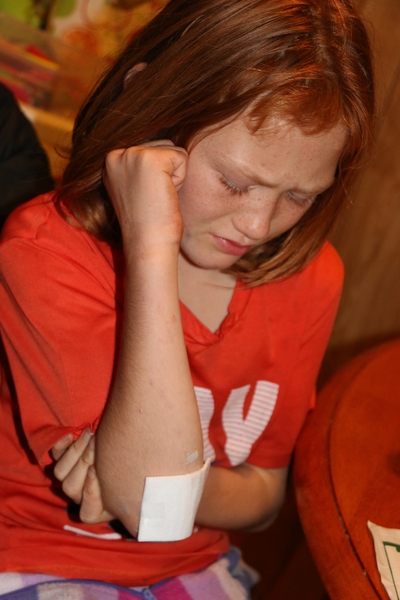 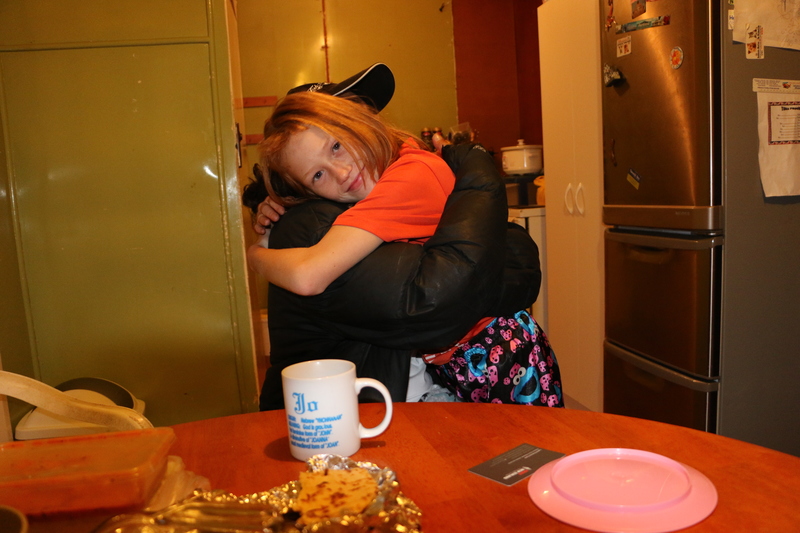 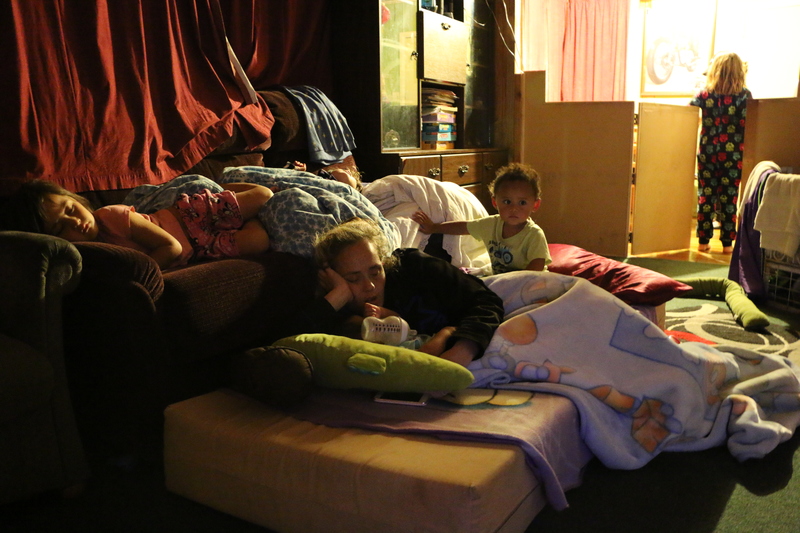 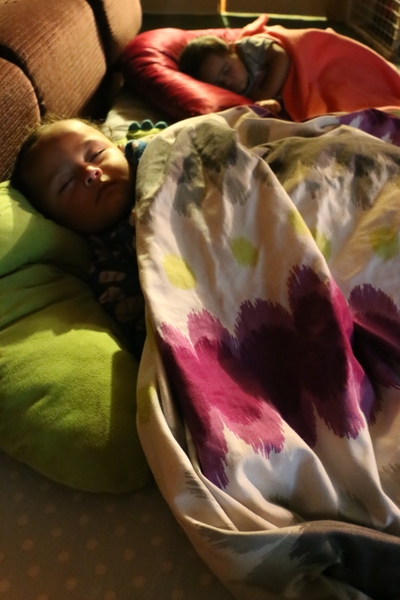 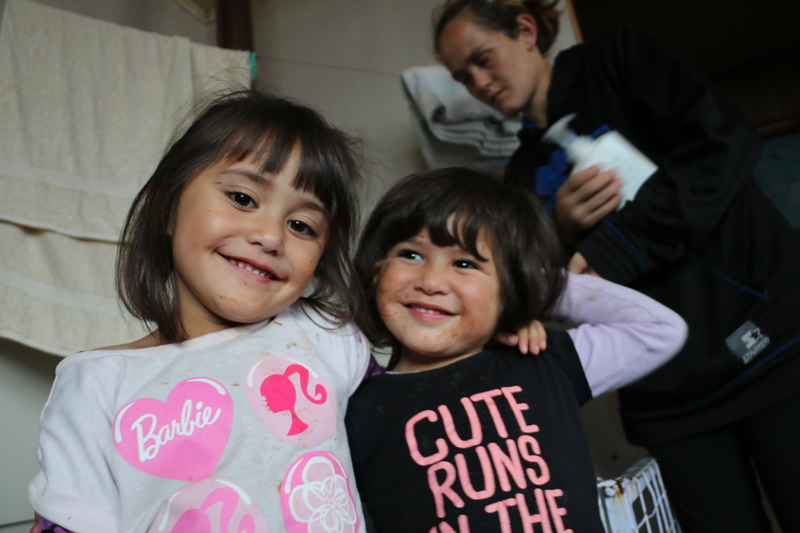 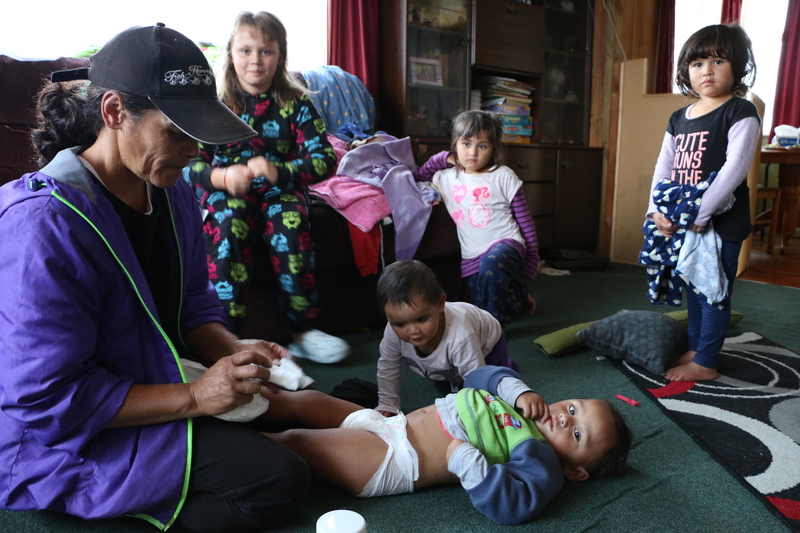 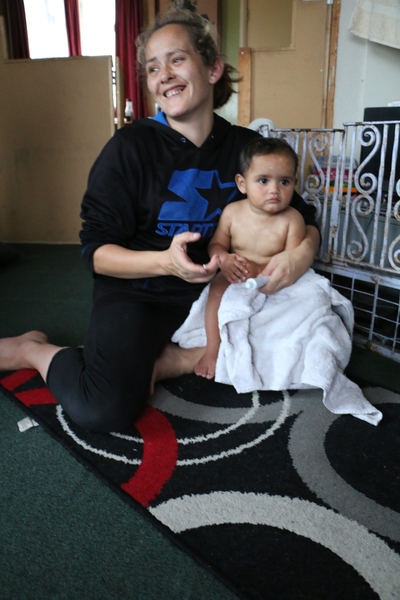 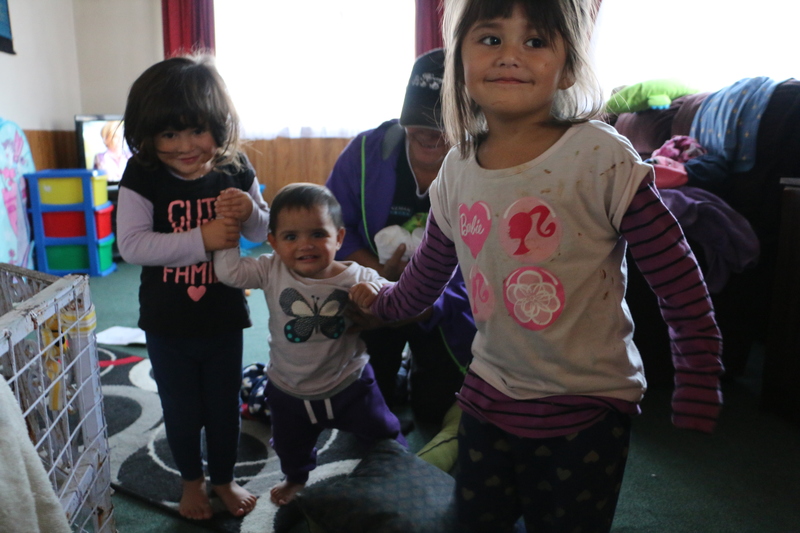 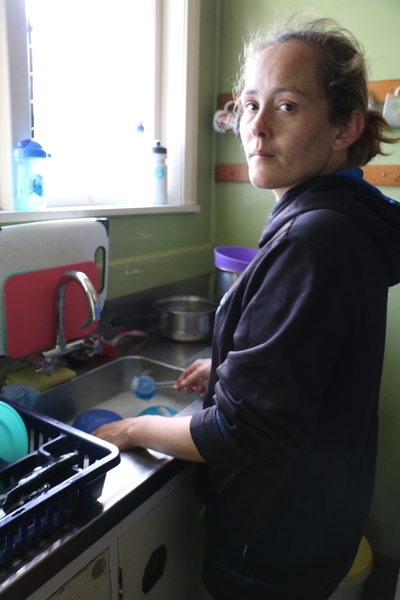 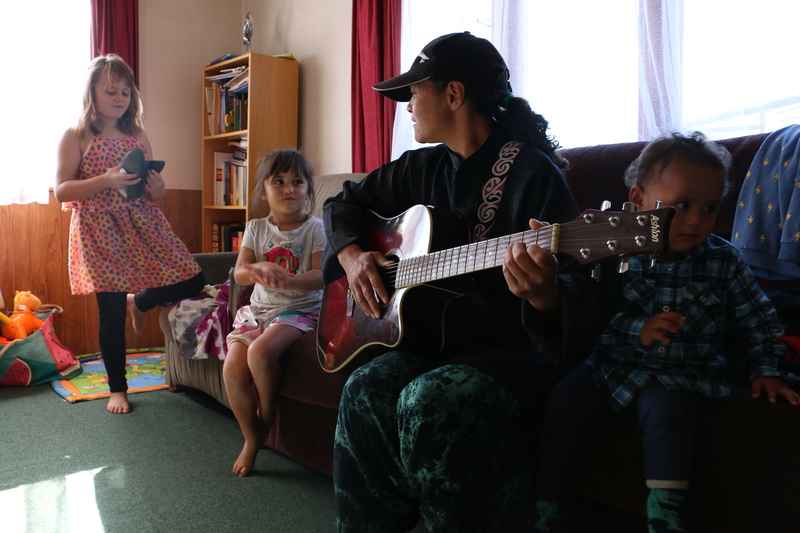 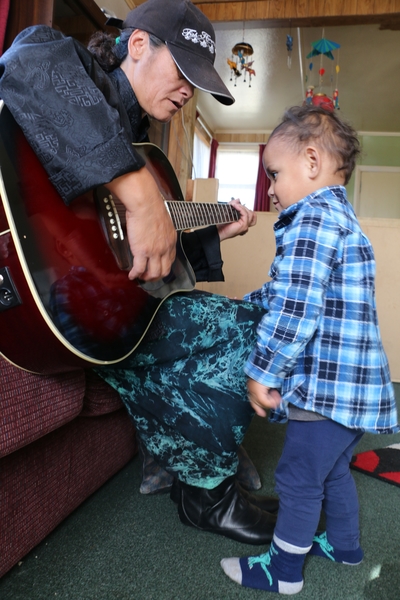 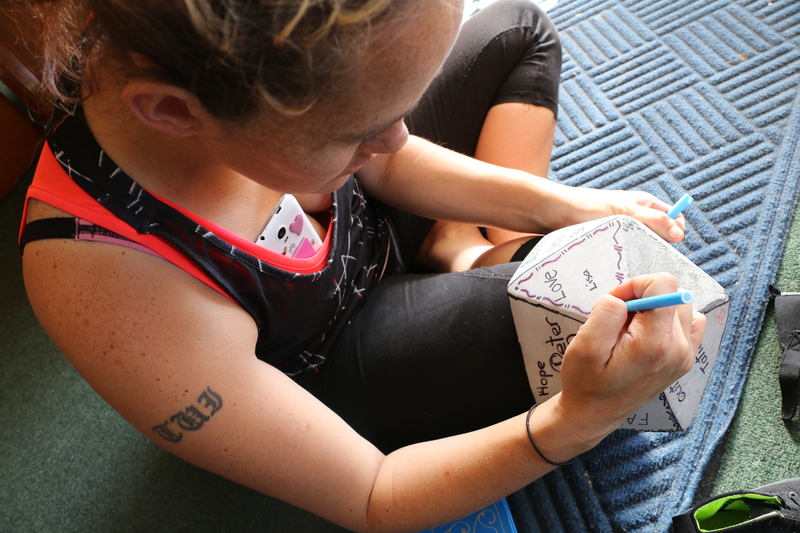 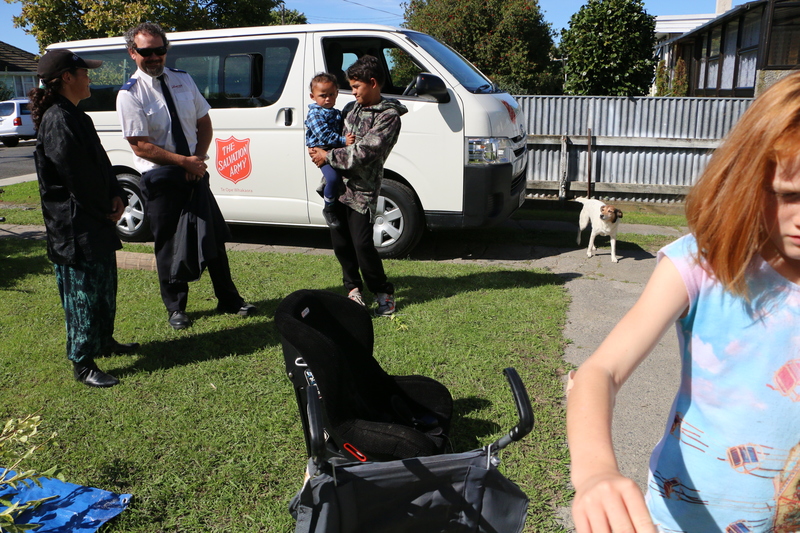 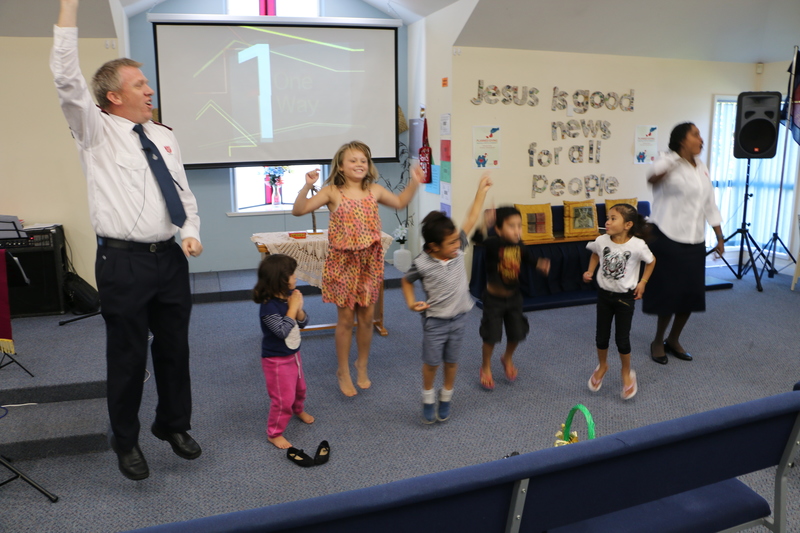 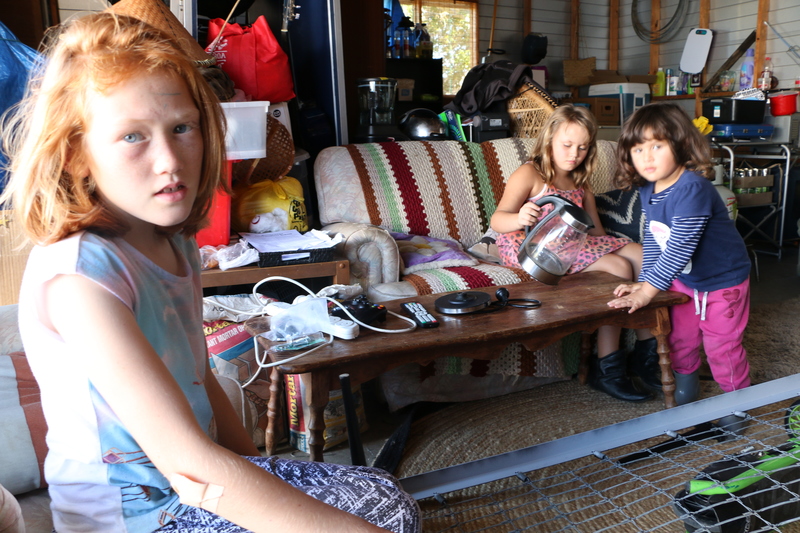 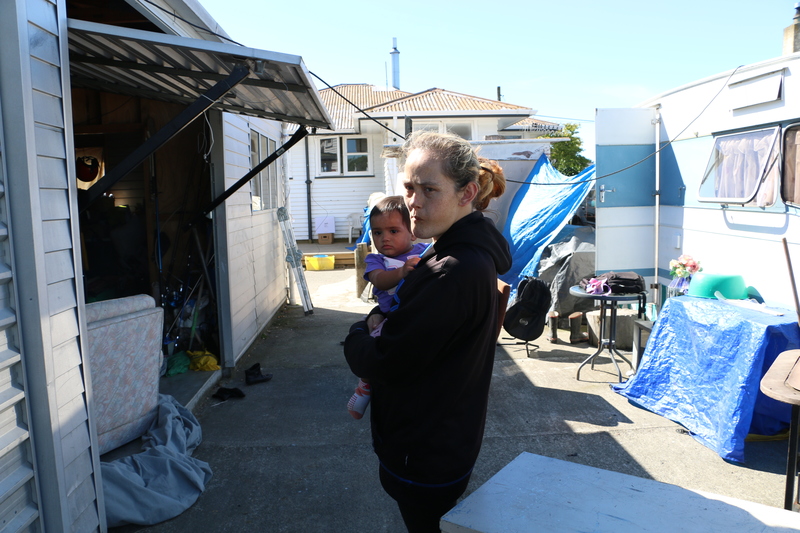 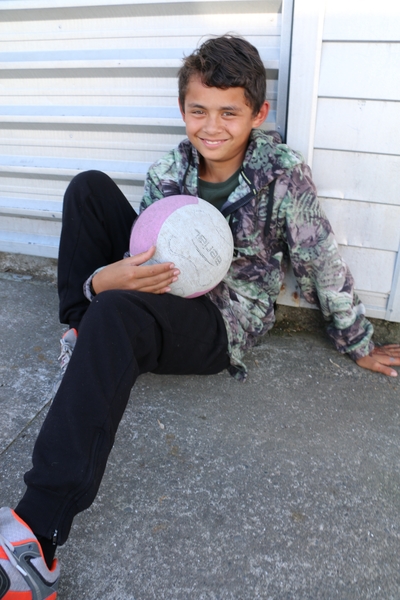 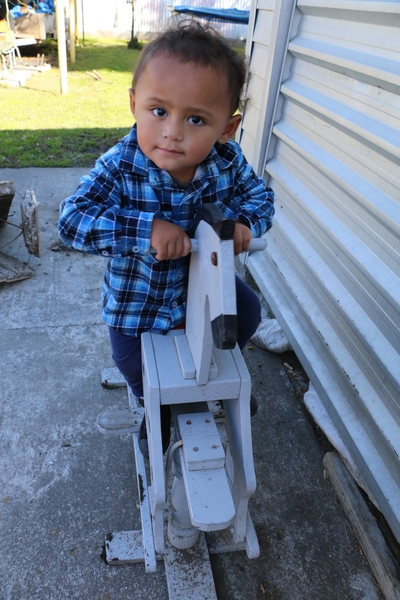 Subscribe to Flying Solo for free on iTunes, Spotify, Stitcher or wherever you listen to your podcasts.

What does it take to bring up children on your own? How does a single parent be both mum and dad to their children? I wanted to hear how New Zealanders make it work these days. I’m a solo-parent myself so I know what it takes; but sometimes flying solo can be damn challenging.

Take for instance the night I woke to go to the bathroom, slipping on my polished wood staircase. I fell and broke my scapula, massive hematomas, impressive rainbow coloured bruises.

Not wanting to wake my two young kids, I waited until the morning to ask for help from a friend. It’s times like those you wistfully think it’d be great to have another adult around. Then I heard about Hastings grandmother Jo Whiu.

Jo’s bringing up seven grandchildren, aged from 10 months to 12 years. She’s one of 9500 Kiwi grandparents who have found themselves responsible for raising their children’s children. CYFS placed all the kids in Jo’s care because her daughter, Lisa, is a recovering P addict. Lisa has recently moved back home, picking up the pieces.

Jo’s family is one of just over 200,000 sole parent families in New Zealand, up four percent since 2006. Most of them have only one or two children, a far cry from Jo’s busy home.

The three eldest call Jo “Mum”, in a clear sign of who’s brought them up. Peter, now 12, came to Jo first when he was two. Only one of Lisa’s eight children, little Tui, lives elsewhere.

The night I meet 46 year-old Jo she’s ripping up clean rags to create bandages for nine-year-old Reign’s grazes. Reign tangled with a ball while playing out in the street; big grazes everywhere and a depleted first aid kit.

While Jo’s mending, 29 year-old Lisa is cooking roast lamb and veges for the hungry kids. Money’s tight but they have a productive vegetable garden.

Jo was born in Te Awamutu. Of Ngapuhi descent, she’s lived in the Bay since she was a child. Out back Jo shows the extent of what she calls their little marae: A triple garage and caravan alongside the house, which is home to Jo and those three big kids during summer.

It’s a tidy quarter acre and Jo’s very own home. She bought it when she was 18 and a solo-mum herself with Lisa, her only child. Jo used to be a forklift driver, but gave it up when the kids needed her. Before long she had the eldest three.

“They’re not in the picture with Child youth and Family. But the three toddlers are, except for the baby.”

Jo says it takes whakawhanaungatanga - relationships, relating to others, love. Her motto is to just bring it back to basics.

“It actually works like this; Lisa’s cannot leave this house with that baby and go and live somewhere else. She’s not allowed. That’s why Lisa’s home here, learning how to look after her babies, learning to love herself, so she can love her children.”

Learning it all from her mum.

“What was the thing that pulled it all to bits?” Jo asks. “P” says Lisa. “P wrecked me and my family. Never again, I’ve come too far now ... It’s been a while. I haven’t touched it coming up two years. I’m loving it. Best move I did was to come home and be with mum, so I can do this for my kids.”

Jo struggled with her own demons; an abusive childhood. Jo described her own mother as cruel. Beatings and broken bones are part of the story.

“Did my girl grow up that way? No way!” Jo made sure Lisa didn’t suffer like she did. But there are different kinds of demons. Jo couldn’t save Lisa when hers pounced.

“Hardest thing I found was allowing her to hit the gutter, and the kids had to go there too.”

Jo knew a thing or two about hitting rock bottom. Ten years ago she was done for drunk driving. She chose to do community service for a church. Any church, she didn’t care.

She stumbled upon a Salvation Army sign – “Heart to God, hand to man.” Laughingly Jo tells me that it was the “hand to man” that caught her eye. But her faith is her lifeline.  Jo’s little marae is drug- and alcohol-free; she hasn’t touched a drop since then.

Jo’s become a bit of a legend in her neighbourhood of Hastings. She keeps an open home for whanau. Her nieces, solo-mums and teenagers, turned up to stay briefly while they sorted themselves out.

Now word’s got around. Since our interview, Jo tells me a family of five have walked up her driveway; parents struggling with P, two toddlers and a new-born baby. They had heard of Nana Jo’s sanctuary. She did what she does.

“Bring it back to basics. As long as the children are safe, I’m happy.”

Flying Solo is a series of true stories from a diverse group of single-parents across our country.