Access to toilets is a basic human right, but for millions of people around the world, and in New Zealand, it’s a struggle. Fair Play’s Zoë George reports on why this still happens and what needs to be done to make toilets accessible to all. 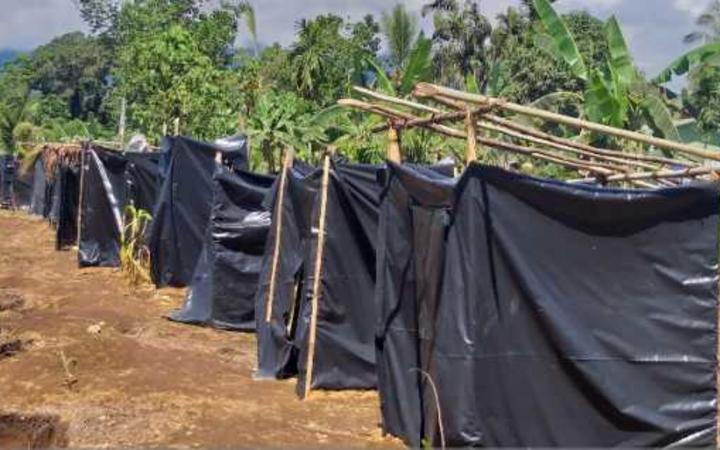 According to the United Nations 4.2 billion people live without safely managed sanitation, there are 673 million still going in the street and 432,000 people die every year from diarrhoea, more than half of those children under five, because of poor sanitation.

And while lack of access to toilets is certainly a major problem in developing countries, many Kiwis still struggle to access what is a basic human right.

A lack of toilet facilities disproportionately affects women, families, the elderly, those with accessibility needs, outdoor workers and the homeless according to UK research by the Royal Society of Public Health titled “Taking the Piss”.

For the past two years Fair Play has been looking at access (or lack of it) to public toilets, focusing on the Basin Reserve in Wellington. 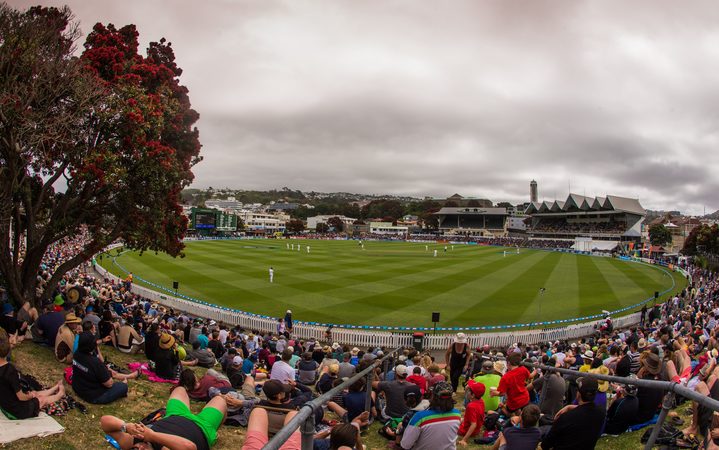 It started after enduring several long waits for the women’s toilet at an international cricket game at the Basin. Some people were waiting up to 30 minutes to use the loos and for many, that is 30 minutes too long.

Men, who had more space dedicated to their needs, were in and out in quick succession.

At that time the Basin Reserve had twice as many loos for men than women, and only two accessible toilets. It was deemed “totally unacceptable” by Wellington City councillor Fleur Fitzsimons, when she spoke to Fair Play last year.

Queues for loos are common, UK researcher Dr Rosaline Stanwell-Smith, an expert in public sanitation, told Fair Play in October. She found 59 percent of women reported they regularly queued for a toilet compared with 11 percent of men.

She also found a lack of toilets acted as a “loo leash” which deterred up to one in five people from venturing into public and more than half of the public restrict their fluid intake because of concerns about a lack of toilets. 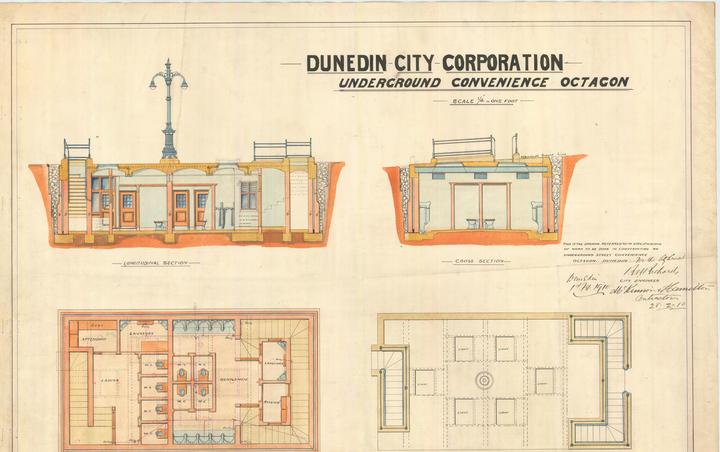 Women take, on average, three times as long as men in the toilet. This is because of menstruation, pregnancy and clothing - we aren’t in there powdering our noses and jostling for mirror space.

The lack of public toilets for women and those with accessibility needs has been a problem since the early 1900s. “Polite” women, according to Stanwell-Smith, didn’t venture out into public and weren’t catered for.

In some places, such as Dunedin, there were no “public conveniences” for women before 1908, according to Dunedin City Council Archivist Alison Breese. In 1911 when the toilets opened in the Octagon, men had more toilets than women. And women had to pay to go. That is where the term “pay a penny” comes from. 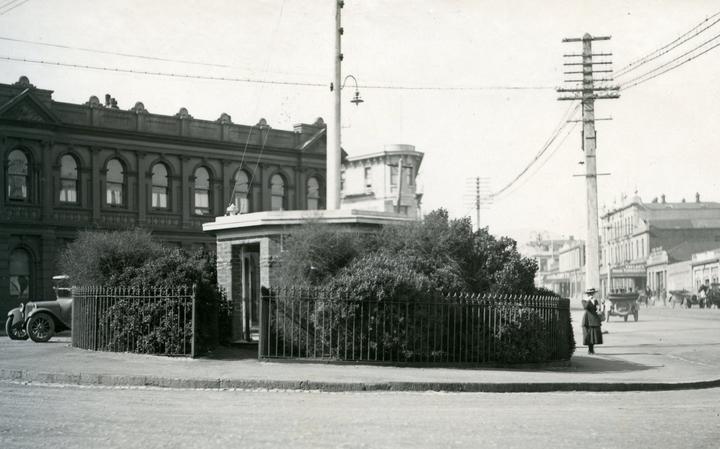 Today, The Wellington City Council is overseeing the redevelopment of the Museum Stand at the Basin Reserve, and to its credit it’s included more toilets for women, gender-neutral accessible toilets and a family room.

But toilets for men – which also include urinals - still out-number those for women and others.  Although, the council trucks in temporary toilets for major events.

The women’s toilets in the refurbished stand have also been allocated two-thirds the space of men’s. In an email to Fair Play from the Wellington City Council earlier this year, this was deemed to be “irrelevant”.

Men also have two access points to the toilets – a heritage feature according to the WCC – while women only have one, which is accessed from inside the stand.

Changing Places New Zealand founder and accessibility toilet advocate Jenn Hooper – who is a finalist for the 2019 Attitude Awards - has a disabled daughter who requires constant attention. 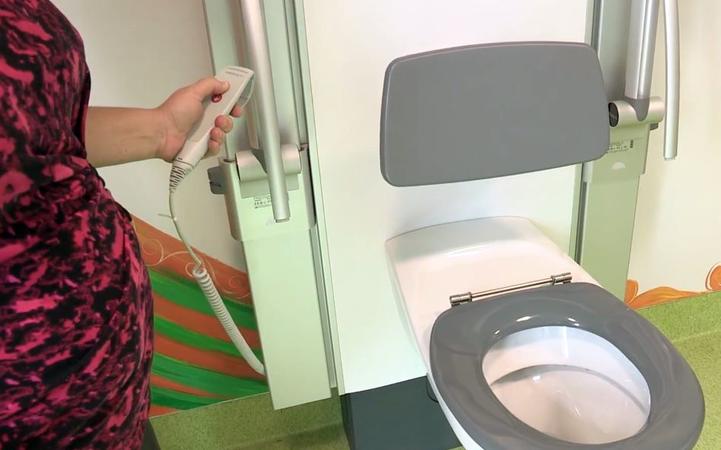 The toilet inside the Changing Places facility in Hamilton. Photo: RNZ

She has designed and led the installation of fully-inclusive accessibility toilets in Hamilton and Auckland, which include adjustable hand basins and toilets, a hoist, shower and change table.

She told Fair Play in March that some people with disabilities resort to being cared for on the floor of public toilets. “I would challenge anyone to walk into a public toilet with bare feet, let alone lay down on it,” she said.

Those with “invisible disabilities” also need to be thought about according to Robyn Cockburn, the chair of Shift, an organisation that seeks to improve the well-being of young women in New Zealand through accessibility to sport and recreation.

She said those with sensory conditions find going to the toilet “a real challenge”. The sights and sounds of a flushing toilet or hand dryer can be destressing. “And the concept of queuing can be very stressful”.

In November 2018 MP Louisa Wall told Fair Play toilet provisions should be driven by current demand. “In a modern New Zealand we want to encourage equitable opportunities for all of us… that’s women, families, people with disabilities. 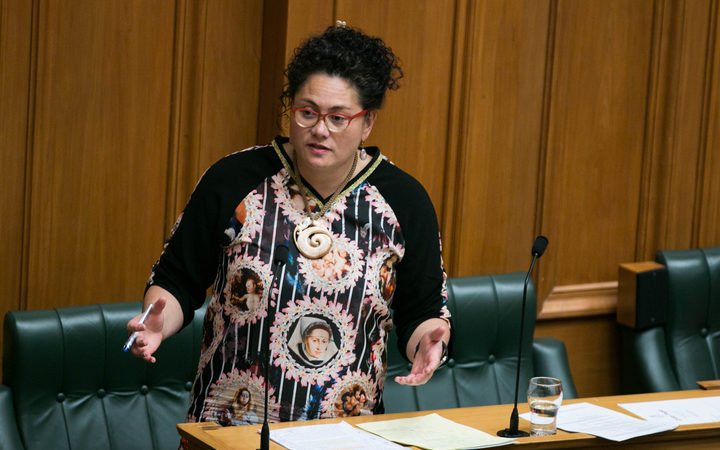 “When we make these decisions about how many [toilets] … it shouldn’t be driven by historical usage, but should be driven by how participative, how inclusive and how diverse we want New Zealand to be in the future.”

That diversity also includes the LGBTQI+ community, who makes up approximately 10 percent of the population. Walls said it’s about ensuring there are facilities which present “no stigma or discrimination”.

But this sometimes doesn’t go to plan. Last month The Old Vic Theatre in London got rid of “gendered” toilets, making all cubicles gender-neutral. Urinals were still available to men. There were no women-only spaces, as pointed out by Award-winning Canadian journalist and author Lezlie Lowe, in The Guardian last week.

Her book No Place to Go: How Public Toilets Fail Our Private Needs has been lauded as a “frank, political and wide-ranging exploration” of this topic. 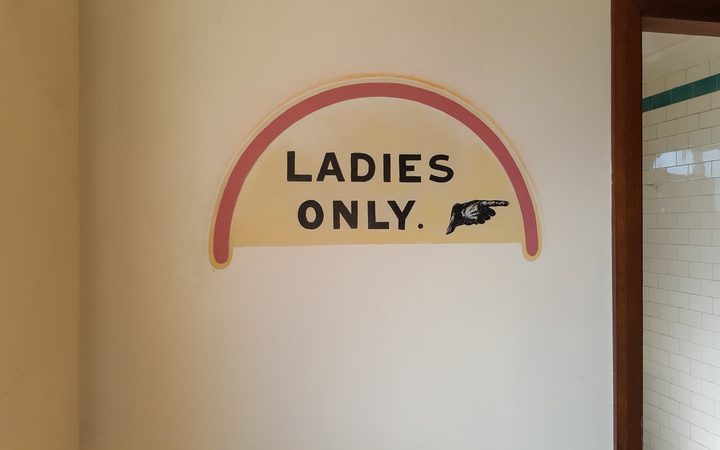 Ladies Only sign at the Basin Reserve Photo: RNZ

While the Basin Reserves toilets have been the main focus of Fair Play for the last two years, wider discussions about access to facilities have grown – from sporting board members and CEOs to volunteers and spectators. And while it’s not a subject that is often discussed it’s not one that should just be flushed away.

It’s positive to hear sporting bodies, organisations and councils discussing this topic to help ensure public spaces, and sports and recreation, is accessible to all.

Fair Play is a monthly podcast covering women in sport and is made in association with RNZ, LockerRoom and WiSPSports. The November episode will be out soon with a focus on women in leadership and governance.