Sodium - a salt of the earth spectator

Would you willingly eat the product obtained from the reaction of a metal which reacts violently with water and a poisonous gas that was used as a chemical weapon in World War One?

Well, put like that you’d probably answer ‘no’, but chances are that you’ve already eaten some today, in the form of sodium chloride or salt.

Sodium the element is a highly reactive metal – the internet is full of videos of people dropping pieces of sodium in water to see the explosion that results.

This reactivity means it is never found naturally in its elemental form but exists almost always on Earth as the Na+ cation.

Sodium is also a key part of the sodium-potassium pump in the human body, says Professor Allan Blackman from the Auckland University of Technology, in episode 77 of Elemental. 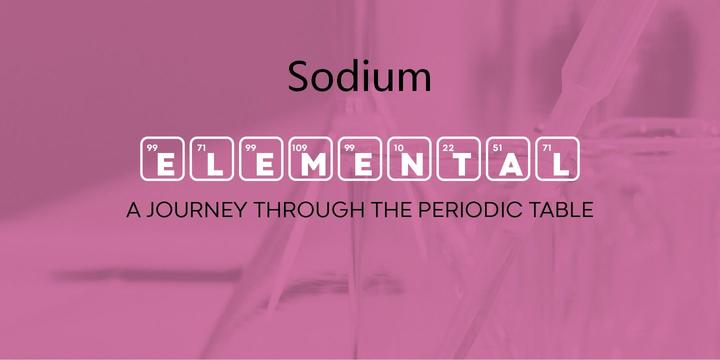