Here we go again - yet another element named after the Swedish village of Ytterby with a suitably tortuous extraction process, although surprisingly it is actually not a lanthanoid; it is a transition metal.

It is used in camping gas mantles along with thorium, is added to cast iron to make it more ductile, and appears in alloys used in cutting tools, bearings and jet engines.

Kiwi scientists Jeff Tallon and Bob Buckley are at the forefront of high temperature superconductor research, says Professor Allan Blackman from the Auckland University of Technology, in episode 94 of Elemental. 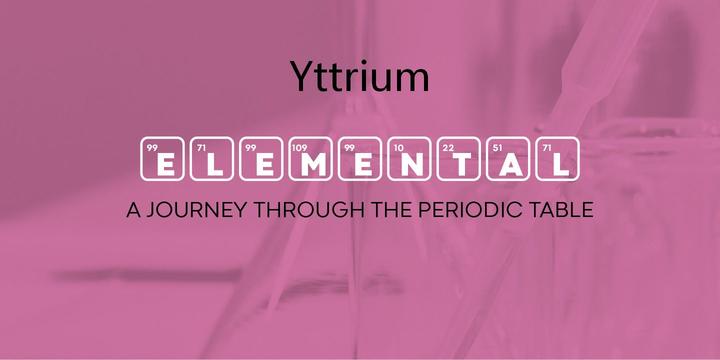