Selenium is named after the moon. There is some debate as to whether it is a metalloid or a non-metal.

It is a trace element that New Zealand soils are deficient in. As a result, Kiwis are recommended to eat foods such as brazil nuts and seafood that are rich in selenium.

Selenium occurs as three allotropes, and the grey allotrope has the unusual property of being an insulator in the dark but conducting electricity when it is exposed to light. This led to its extensive use in photocopies during the 1970s and 1980s, says Professor Allan Blackman from the Auckland University of Technology, in episode 74 of Elemental. 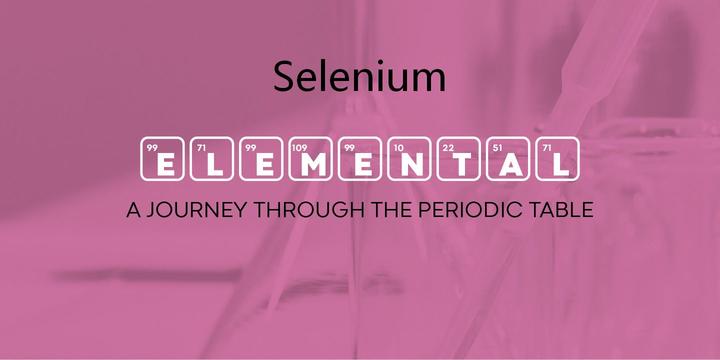