The element promethium is named for Prometheus, who stole fire from the Greek Gods and was gruesomely punished.

The name was suggested by the wife of one of the Oak Ridge laboratory discovery team. Her reasoning was that the name reflects the power and peril of nuclear energy, by symbolising ‘both the daring and the possible misuse of mankind’s intellect.’

All isotopes of promethium are highly radioactive and unstable with very short half-lives, so there is virtually none on earth.

Promethium was used for a while in the Apollo Lunar Modules, in luminous paint used to illuminate some switches. However its glow ran out after just a couple of years so it was replaced with tritium-based paints, says Allan Blackman in episode 64 of Elemental. 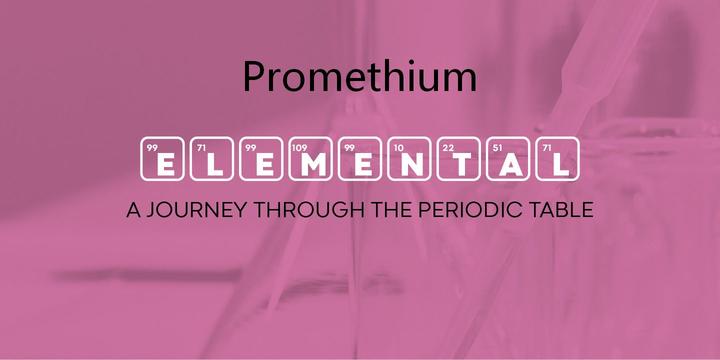