Praseodymium - a long name but not many uses

Praseodymium is the second-longest name on the periodic table. The prize for the longest element name goes to rutherfordium, named after the famous New Zealand physicist Lord Ernest Rutherford who won a Nobel Prize in chemistry.

Praseodymium means ‘green twin’, a name that relates to confusion over the supposed element didymium. Didymium appeared on Mendeleev’s original periodic table but turned out to be a mixture of elements, one of which was praseodymium.

There are not many uses for this lanthanoid. It is used with neodymium in a form of glass known as didymium glass, that is used in welder’s glasses.

As well as protecting against light, it can be used to produce light such as searchlights, and it is used in magnets that have a role in wind turbines and hybrid cars. 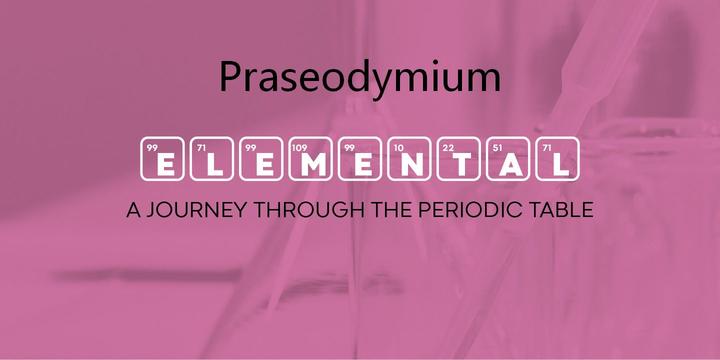