It is mostly a synthetic element, although there are trace amounts in nature.

Plutonium (symbol Pu, atomic number 94) was discovered and named in 1940 after the dwarf planet Pluto. Alternative names considered by the discovery team were ‘ultimium’ or ‘’extremium, because of the mistaken belief they had found the last possible element on the periodic table. Its discovery wasn’t announced until the end of the second world war.

The isotope 239Pu is a fissile isotope that has led to its use in nuclear reactions.

238Pu is powering the Voyager spacecrafts, which have left our solar system, says Prof Allan Blackman from AUT, in ep 60 of Elemental. 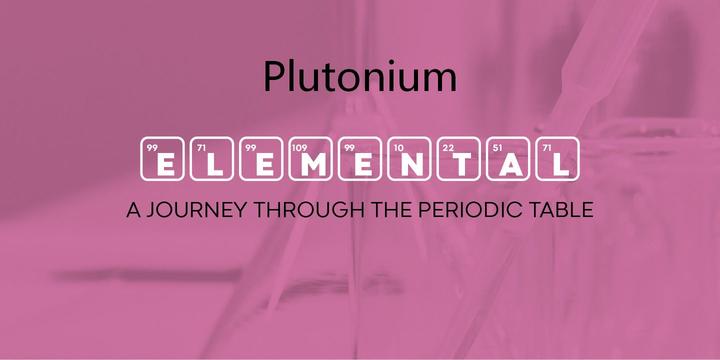