Palladium - cleaning up your car's exhaust

Palladium is a pricey precious metal that is one of a group of metals known as platinum group metals. Of these, palladium is the least dense and has the lowest melting point.

It is named after the asteroid Pallas, which was discovered around the same time; Pallas was the Greek God of wisdom.

White gold is alloyed with palladium. 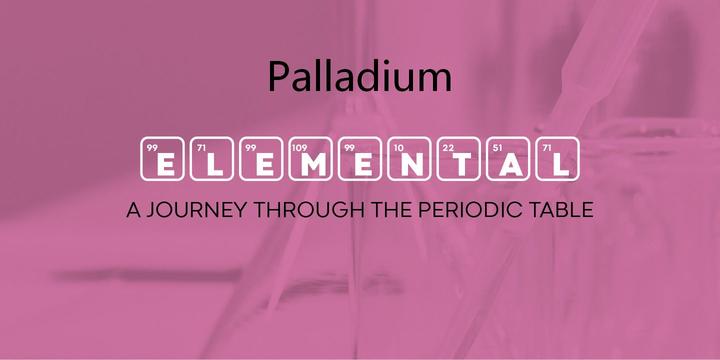