Niobium was named after Niobe, daughter of King Tantalus in Greek mythology. The element got its name because it lies above the element tantalum, named after said father.

Niobium is a transition metal that is used in alloys such as stainless steel, to add hardness.

It is also being used in qubits in quantum computers.

The elemental metal itself is very high-melting and therefore useful at very high temperatures, and is used in jet engines. At very low temperatures niobium is a superconductor, says Allan Blackman from AUT in ep 53 of Elemental. 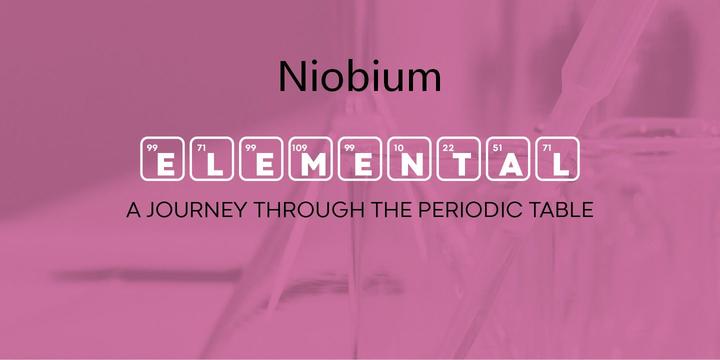