The metal manganese performs a vital role in the oxidation of water to oxygen during photosynthesis – without it, life would be very different

Pure manganese metal is brittle, but it is often alloyed with other metals to add strength and workability.

Ordinary steel contains about one percent manganese, and it is also used in similar quantities in aluminium drink cans.

Manganese steel contains about 13 percent and is extremely strong. It is used in railway tracks and gun barrels where strength is very important.

The Lascaux cave paintings in France were painted with manganese dioxide.

Manganese (symbol Mn, atomic number 25) occurs as nodules on the sea floor. These numerous onion-like balls form around a tiny object such as shark’s teeth and whale ear bones. The nodules could be an important source of manganese in the future, according to Professor Allan Blackman from AUT. 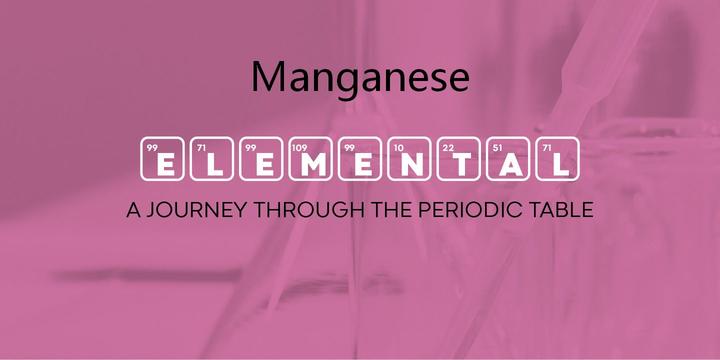