The element lutetium was named after Lutetia, the Roman name for a small town which grew to become the modern city of Paris.

It was the last lanthanoid element to be discovered, and its naming was hotly contested by the three scientists who independently discovered it in 1907. There is also ongoing debate over whether it is actually a lanthanoid.

It has a few, mostly medical, uses. Lutetium tantalite, for example, is the densest known white material which makes it good for use in x-ray detectors, as it phosphoresces when hit by x-rays.

Lutetium was briefly the most expensive element on the planet, with a value six times that of gold, but while it remains the most valuable lanthanoid it is now only a quarter of the price of gold, according to Professor Allan Blackman from AUT. 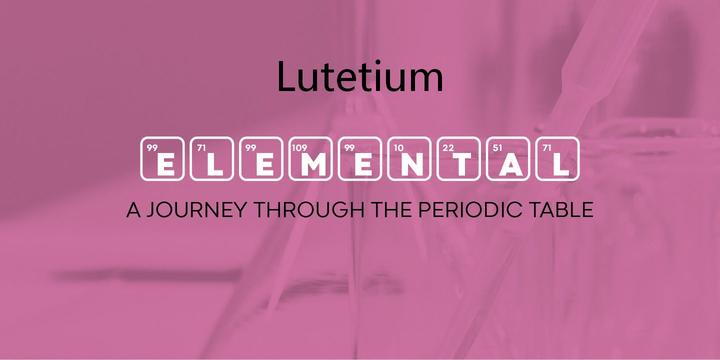