Lead is the toxic element that helped build – and then bring down – the Roman Empire. The Romans used lots of lead, which is soft and corrosion-resistant, for plumbing.

Plumbing, by the way, is a word that has lead’s symbol Pb, from the Latim plumbun, as its root.

The Romans also used lead in pewter drinking vessels, and red and white lead for decorating.

They also used lead pans to boil down grape juice to a sweet-tasting sapa, or what we now know as lead acetate. Lead bioaccumulates in the human body, especially in the brain, and as well as causing intellectual disabilities it is a poison that eventually causes death.

Lead has been phased out of widespread use in house paints and as a petrol additive, but even so, in 2016 it was implicated in half a million deaths worldwide.

In episode 43 of Elemental, Allan Blackman from AUT talks about the many uses and dangers of lead, and reads a poem about lead by Emily Dickinson: ‘After great pain, a formal feeling comes.’ 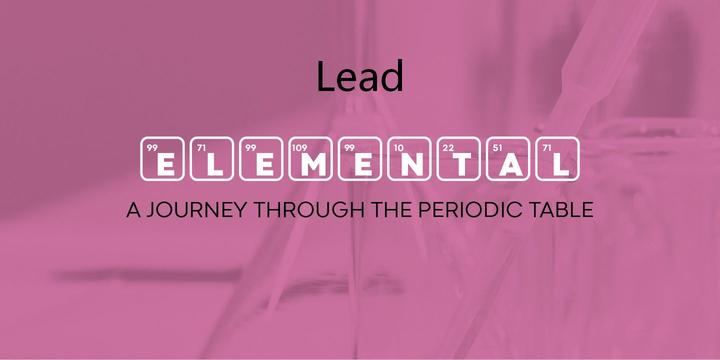