Lanthanum is a bit of a ‘lost’ element, as chemists can’t agree amongst themselves exactly where it belongs.

Even though it gives its name to a group of elements known as the lanthanoids, some chemists think it should instead be one of the Group 3 elements, along with scandium and yttrium.

Discovered in 1839, the element was hard to find, which is why its name comes from the Greek lanthanein, meaning ‘to be hidden.’

Lanthanum (symbol La and atomic number 57) doesn’t have many uses, but it is a key part of metal hydride batteries which are used in hybrid cars.

A Toyota Prius battery, for example, requires 10-15 kilograms of lanthanum, says Professor Allan Blackman from AUT, in episode 42 of Elemental. 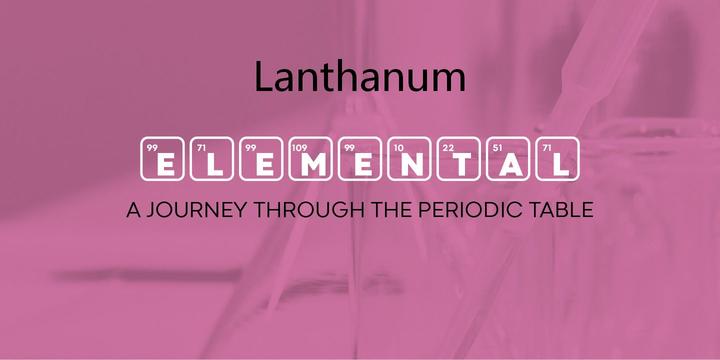