The obscure element holmium is a lanthanoid with interesting magnetic properties.

Named after the city of Stockholm (from Holmia, the Latin name for Stockholm) holmium finds use as a MRI magnet and in Ho:YAG lasers, which are homium-doped yttrium aluminium garnet lasers.

These precise surgical lasers have been described as the Swiss Army knife of lasers, says Professor Allan Blackman from AUT. 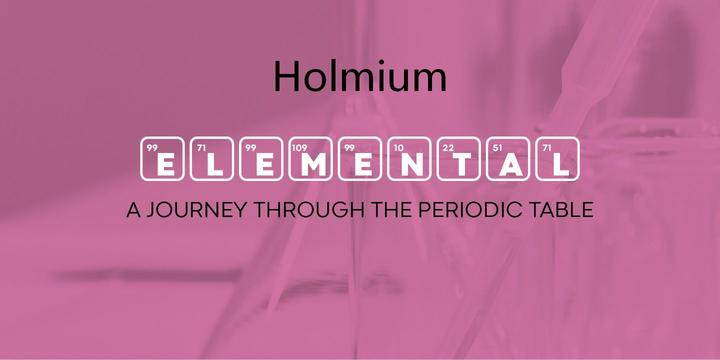