Germanium - important in the first transistors

Germanium is a metalloid that was a key element in early transistors. The inventor of the first germanium-based transistors won a Nobel Prize.

It is now used in optical fibres and infrared night vision scopes.

Germanium (a metalloid with the atomic number 32) is named after Germany and was one of the elements whose existence on the periodic table was predicted by Dmitri Mendeleev.

As a semiconductor it has an initial low conductivity, which can be boosted by increasing the temperature or ‘doping’ it with other elements.

Professor Allan Blackman from AUT says that GeH4 is known as ‘germane’. 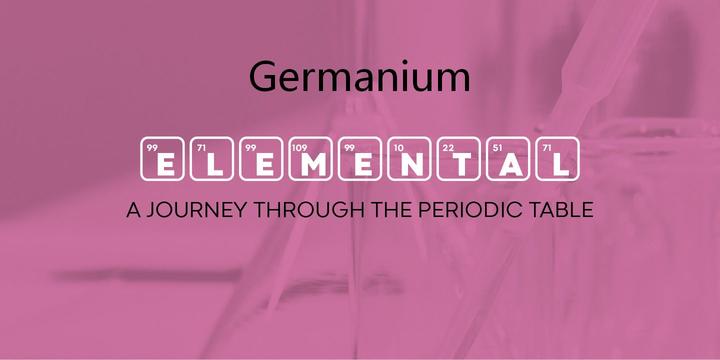