Gallium is the second element on the periodic table named after France. It is a key element in mobile phones & Blu-ray players.

It looks like silver but melts at body temperature, a feature that fun-loving chemists used to exploit to play pranks on people, says Prof Allan Blackman from AUT. They would craft a spoon from gallium, which would dissolve when the unsuspecting user went to stir the sugar in their cup of tea. 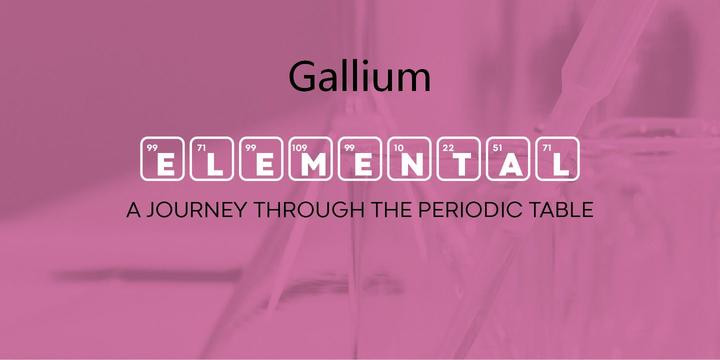 You can subscribe to the Elemental podcast for free, at Apple Podcasts, Spotify, Stitcher, Google Podcasts and RadioPublic.