Francium was the last naturally-occurring element to be discovered.

It was found by French chemist Marguerite Perey in 1939, from an isotope of radioactive actinium. Marguerite had previously worked as a lab assistant with Marie Curie and became the first woman to be admitted to the French Academy of Sciences in 1962.

Francium and actinium share the title of ‘rarest naturally occurring element.’ Francium has never been seen, so there are many basic things about it that we don’t understand.

Not surprisingly, says Professor Allan Blackman from AUT, it has no practical uses. 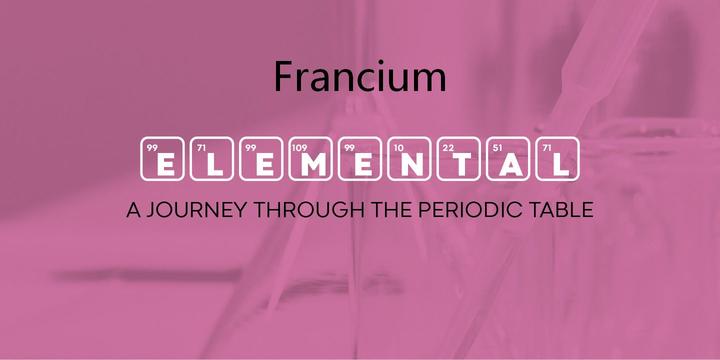