Europium - putting the security in the Euro

Europium is a truly European element. Not only is it named after the continent of Europe, but it is used a security feature for Euro banknotes. The Europium-containing ink is photoluminescent, and glows red under ultraviolet light, making it easy to spot forgeries printed with the wrong ink.

Europium is rare on earth but rather more common on the moon, lending support to the idea that the moon and earth have different ancestries.

Like all lanthanoid elements, europium has a torturous discovery story. It has a few niche uses including in now-obsolete cathode ray tubes TVs, energy-saving fluorescent lamps and light emitting diodes (LEDs).

Professor Allan Blackman from AUT’s favourite use of europium is as a growth-promoting film on glasshouses. 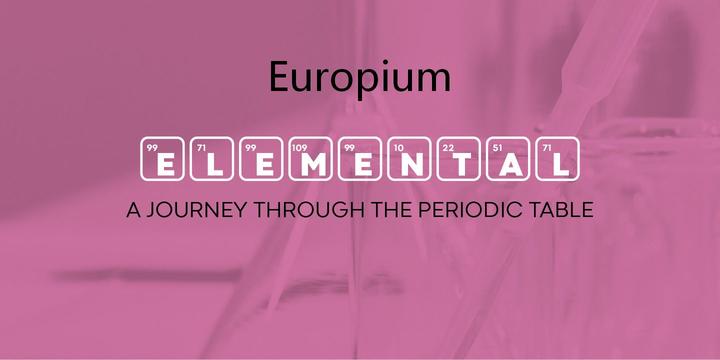