Marie Curie and Lise Meitner were pioneering women chemists, and the only two women to have chemical elements named in their honour.

Curium, named after Marie Curie and her husband Pierre, is element number 96, which sits between americium and berkelium at the bottom of the periodic table.

It is a radioactive, synthetic element that was discovered in 1944. It is responsible for much of the radiation of spent nuclear fuel.

Marie Curie is the only person to have received two science Nobel Prizes: the Chemistry Nobel in 1903 which she shared with Pierre, and the Physics Nobel in 1911.

Lise Meitner was born to Jewish parents in Vienna in 1878, and moved to Berlin to work in 1912. She was forced to flee from Nazi Germany to Sweden in 1938.

Although Lise was nominated for a Nobel Prize 48 times she never won one.

The synthetic element meitnerium is atomic number 109 and symbol Mt. It was discovered in 1982 but not named until 1997. Its German discoverers named it to “render justice to a victim of German racism and to credit in fairness a scientific life and work.”

Allan Blackman from AUT introduces the women & their elements. 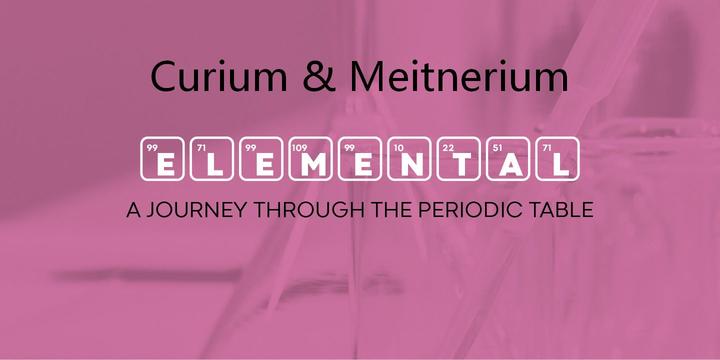