Cobalt - goblin of the periodic table

The element cobalt’s name comes from the German word kobold, meaning goblin or evil spirit. It was named by miners in 16th century Saxony who thought they had found deposits of silver but had actually found cobalt arsenide.

Cobalt (symbol Co and atomic number 27) is a transition metal. It is ferromagnetic, which means it can form a permanent magnet.

Cobalt is responsible for the cobalt blue paint pigment and Bristol blue glass.

It is an essential trace element in animals as it part of vitamin B12.

Foer a while it was added to beer to help it maintain a frothy head, but when coupled with poor diet and lots of alcohol it led to heart problems known as ‘cobalt-beer cardiomyopathy.’

Professor Allan Blackman from AUT says cobalt is his favourite chemical element as he studied it for his PhD. 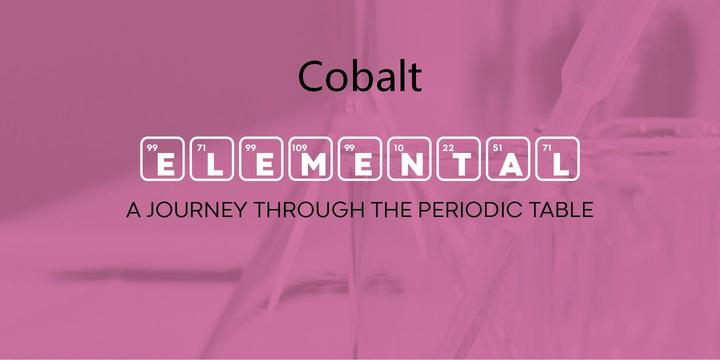