Broadway composer and lyricist Stephen Sondheim, who helped American musical theater evolve beyond pure entertainment and reach new artistic heights with works such as West Side Story, Into the Woods and Sweeney Todd, died early Friday at his home in Roxbury, Connecticut, at the age of 91, The New York Times reported. 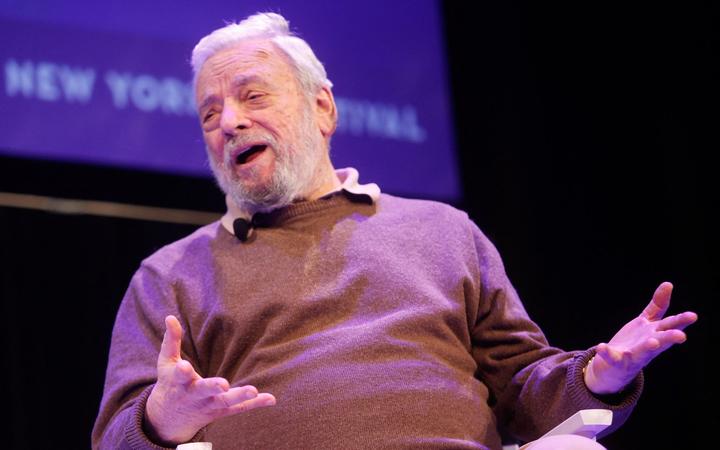 Sondheim, whose eight lifetime Tony Awards surpassed the total of any other composer, started early, learning the art of musical theater when he was just a teenager from The Sound of Music lyricist Oscar Hammerstein II.

Hamilton creator Lin-Manuel Miranda, who was mentored by Sondheim, has called him musical theater's greatest lyricist.

Sondheim's most successful musicals included Into the Woods, which opened on Broadway in 1987 and used children's fairy tales to untangle adult obsessions, the 1979 thriller Sweeney Todd about a murderous barber in London whose victims are served as meat pies, and 1962's A Funny Thing Happened on the Way to the Forum, a vaudeville-style comedy set in ancient Rome.

"I love the theater as much as music, and the whole idea of getting across to an audience and making them laugh, making them cry - just making them feel - is paramount to me," Sondheim said in a 2013 interview with National Public Radio.

I thought he’d live forever. In a way, he will, through the music, but…I thought we had more time

Several of Sondheim's hit musicals were turned into movies, including the 2014 film Into the Woods, starring Meryl Streep, and the 2007 Sweeney Todd with Johnny Depp.

A new film version of West Side Story, for which Sondheim wrote the lyrics for Leonard Bernstein's music, opens next month.

His songs were celebrated for their sharp wit and insight into modern life and for giving voice to complex characters, but few of them made the pop charts. 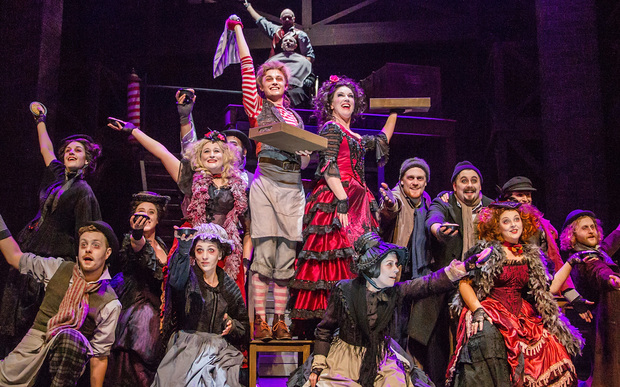 Thriving through a changing Broadway

He had a hit, however, with the Grammy-winning 'Send in the Clowns' from his 1973 musical A Little Night Music. It was recorded by Frank Sinatra, Sarah Vaughan and Judy Collins, among others.

One of Sondheim's greatest triumphs was his Pulitzer Prize for the 1984 musical Sunday in the Park with George, about 19th-century French Neo-Impressionist artist Georges Seurat.

As Sondheim collected accolades, New York City's Broadway theater industry underwent many changes. It had a key role in American culture through the 1950s, with many Broadway songs making the pop charts, but lost significance as rock music gained a hold on the public starting in the 1960s.

Increasingly, musicals borrowed material from television and movies, instead of the other way around, composer Mark N. Grant wrote in his book The Rise and Fall of the Broadway Musical.

Sondheim shared the view that Broadway had experienced decline, expressing it repeatedly in interviews.

"There are so many forms of entertainment, theater is becoming more marginalised," he told British newspaper The Times in 2012. 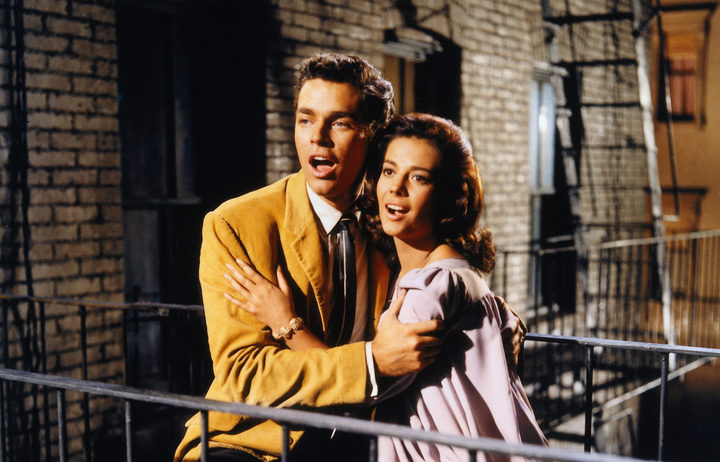 But Broadway musicals also became more artistic and Sondheim played a key role in their evolution, critics said. He explored such weighty topics as political assassinations in Assassins, the human need for family and the pull of dysfunctional relationships in Into the Woods, social inequality in Sweeney Todd, and Western imperialism in Pacific Overtures.

He also developed new methods for presenting a play. Instead of telling a story from beginning to end, he would jump backward and forward in time to explore a single theme. It was called the "concept musical."

Broadway audiences were introduced to Sondheim in 1957 when he wrote the lyrics for West Side Story to go with Leonard Bernstein's music and it became an American classic.

The story about a love affair between a Puerto Rican girl, Maria, and a white boy, Tony, in working-class Manhattan was turned into an Oscar-winning film in 1961. The central characters expressed their infatuation in the songs 'Maria,' 'Somewhere' and 'Tonight.' 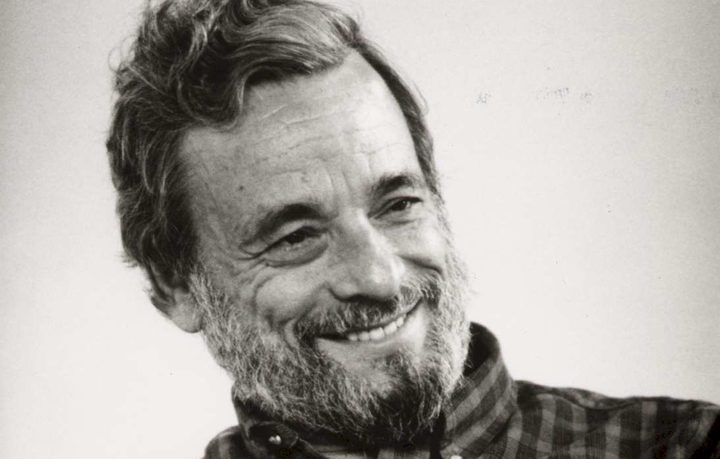 Sondheim was born March 22, 1930, in New York City to affluent Jewish parents who worked in fashion. He described his early childhood as a lonely one, with servants as his main company.

After his parents split up when he was 10 years old, Sondheim moved with his mother to rural Pennsylvania, where she bought a farm. He later said his mother took out her wrath over the divorce on him. He found a surrogate family in the nearby household of Hammerstein and his wife, Dorothy.

Hammerstein, who along with partner Richard Rodgers created the classic musicals Oklahoma! and The Sound of Music, taught the teenage Sondheim how to write musical theater.

After Sondheim became famous, he mentored others on Broadway. When Miranda began work on a rap musical about American founding father Alexander Hamilton, Sondheim encouraged and critiqued him. The play became a smash hit on Broadway in 2015.

In box office success, Sondheim fell short of Andrew Lloyd Webber, the composer behind The Phantom of the Opera and Cats with whom Sondheim shared a birthday.

Some of his least commercially successful plays were lauded by critics. Those included the 1976 Pacific Overtures, which depicted Japan during an age of Western colonialism, and his 1990 off-Broadway production Assassins about real-life figures who each set out to kill an American president. 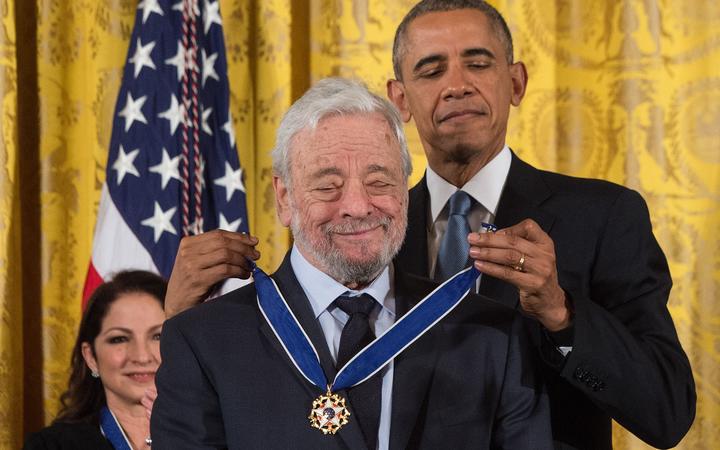 Sondheim had many fans in the academic world. In 1994, a quarterly magazine called the Sondheim Review was founded to examine his work, five years after Oxford University in England named him a visiting professor of drama.

His devotees celebrated the acerbic irony of his lyrics, which they described as commenting on everything from the limits of America's melting pot to the downside of marriage.

These lines from 'The Ladies Who Lunch' in his 1970 musical Company contained a typical slice of Sondheim's wit: "Here's to the girls who play wife/Aren't they too much?/Keeping house but clutching a copy of 'LIFE'/Just to keep in touch."

Sondheim, who was gay, did not live with a romantic partner until age 61, according to a 2000 profile in The New York Times Magazine, in which he said his romantic relationships were rarely intense or long-lasting.