At least 45 people have died after a bus crashed and caught fire in western Bulgaria, local officials say. 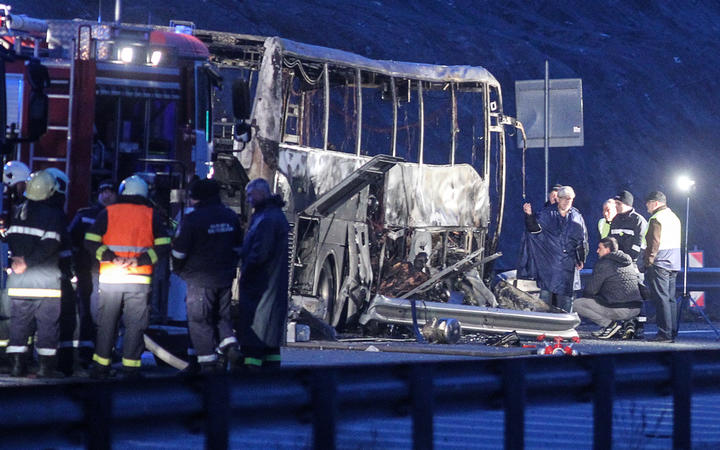 Officials work at the site of a bus accident, in which at least 45 people were killed, on a highway near the village of Bosnek, south of Sofia. Photo: AFP

The incident happened on a motorway around 2am local time near the village of Bosnek, south-west of the capital Sofia.

The cause of the crash and fire is being investigated. Local reports say it may have hit a curb or a guardrail.

Seven people who leapt from the burning bus were reportedly taken to hospital in Sofia and were all in a stable condition, hospital staff said.

Bulgaria's interior ministry said 45 people died, one less than the toll given earlier.

Television footage showed the bus charred and gutted by fire in the middle of the highway.

Interior Minister Boyko Rashkov said: "The picture is terrifying, terrifying. I have never seen anything like that before."

"Human mistake by the driver or a technical malfunction are the two initial versions for the accident," he said.

North Macedonian Foreign Minister Bujar Osmani said the coach party was returning to the capital, Skopje, from a weekend holiday trip to the Turkish city of Istanbul, according to Reuters.

The area around the site of Tuesday's incident on the Struma motorway has now been sealed off. 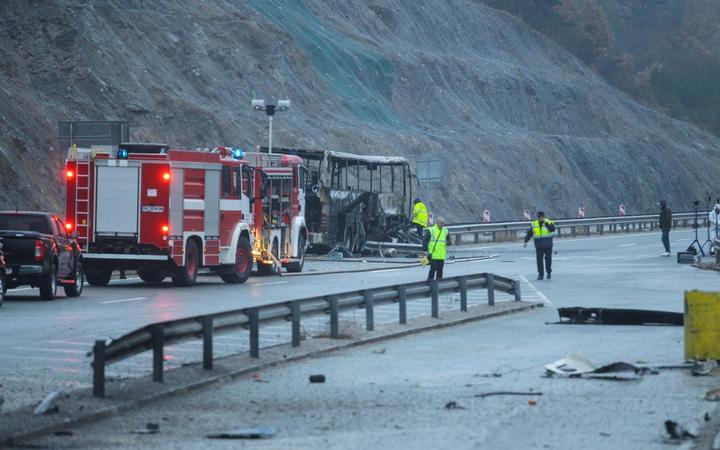