US civil rights activist Claudette Colvin, who in 1955 at the age of 15 refused to give up her seat on a bus for a white person, is seeking to have her criminal record expunged. 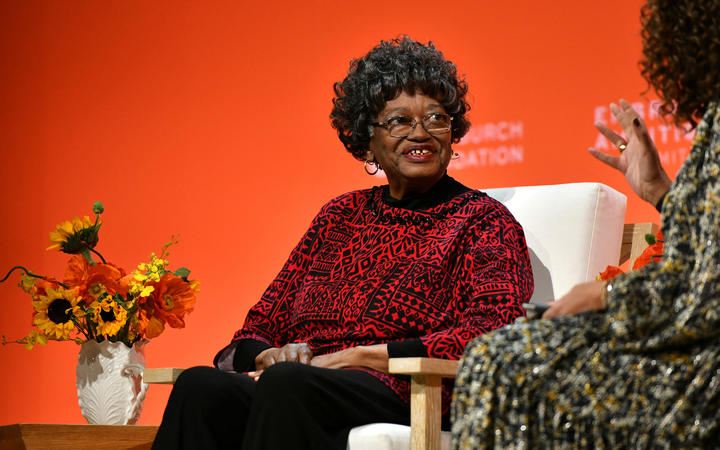 Claudette Colvin, pictured in 2020, said clearing her record would "mean something" for other black children Photo: AFP / 2020 Getty Images

Colvin, who is now 82, was convicted of assaulting a police officer while being arrested in Montgomery, Alabama, and put on probation.

She is challenging in court the fact the probation never officially ended.

Her case happened nine months before Rosa Parks famously did the same.

Speaking to a crowd of relatives and activists in Montgomery, she said: "I guess you can say that now I am no longer a juvenile delinquent."

In an interview with the BBC in 2018, Colvin said she "was not frightened but disappointed and angry" because she knew she "was sitting in the right seat".

She was the first person to be arrested for challenging Montgomery's bus segregation policies, but her story remains relatively unknown. It was Rosa Parks who became one of the main figures of the civil rights movement after her case led to the boycott of the bus system.

Colvin said she had been inspired by the great anti-slavery campaigners Harriet Tubman and Sojourner Truth. She would end up testifying in the landmark case that effectively ended segregation on buses, in 1956.

Her lawyer said the probation had cast a shadow over her life. Colvin left Alabama at the age of 20 and spent decades in New York, but her family always worried what might happen when she went back for visits, according to the Associated Press.