Russia on Saturday recorded 1000 Covid-related deaths in a single day for the first time since the pandemic began. 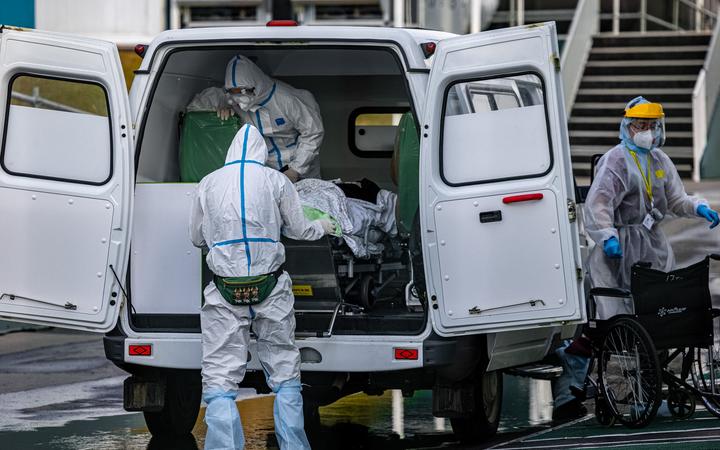 Health workers transfer a person from an ambulance to the Covid-19 infected patients section at the Kommunarka Hospital outside Moscow. Photo: AFP

The figure had been rising all week, with the Kremlin blaming the Russian people for not taking up vaccination.

Only about a third of the population has had a jab, amid wide distrust of the vaccines.

Russia's figure of 222,000 Covid deaths is the highest in Europe, with another 33,000 infections reported on Saturday.

The government has avoided bringing in strict restrictions because it says it needs to keep the economy working.

The Kremlin has instead focused on public apathy on vaccination.

This week, spokesman Dmitry Peskov said: "In a situation where infections are growing, it is necessary to continue to explain to people that they must get vaccinated.

"It is really irresponsible not to get vaccinated. It [Covid-19] kills," he said.

The government insists the health system has not been overwhelmed and can cope with the rising number of patients.

However, Health Minister Mikhail Murashko urged doctors who had left practices because of Covid-19 fears to get vaccinated and come back to work. 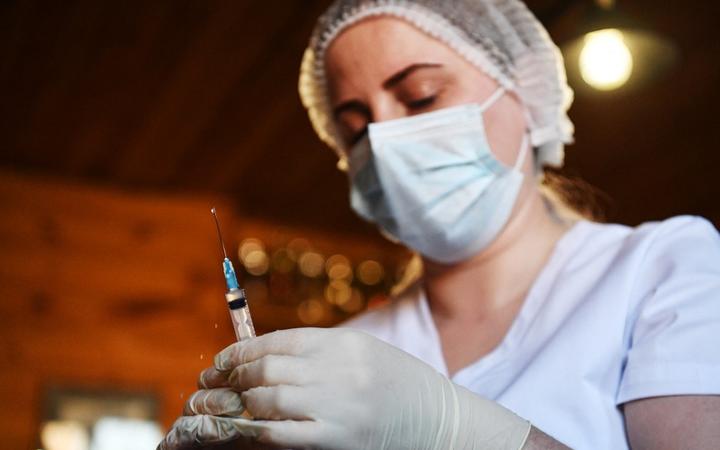 A medical worker vaccinates an employee of the Olympic Reserve Equestrian Sports School against Covid-19 in Novosibirsk, Russia. Photo: AFP

The number of active cases of infected people in Russia is around 750,000 - also the highest it has been since records started in February 2020.

Overall infections since the outbreak began are now closing in on 8 million.

The figures for the percentage of Russians who have had single and full vaccination are surprisingly close together - both just short of a third of the population.

This suggests a large number of people do not want to be vaccinated at all. Recent opinion polls suggested that figure could be more than 50 percent.

Russia has not been slow in developing vaccines. Its Sputnik V was rolled out quickly last year and it has approved three others.

But it appears to have failed to convince many at home they are either necessary or reliable.

It has had more success selling Sputnik V around the world. But although the vaccine was made available for other countries quickly, it also ran into delivery issues, with some nations unable to get their doses on time.

About 70 nations have authorised the use of Sputnik V but, like Russia's other vaccines, it has yet to be approved by the World Health Organisation.

This, along with the lack of international vaccines inside Russia, has led some Russians to take advantage of vaccination tour packages.

Serbia - which Russians can enter without a visa - is one nation where visitors can get a jab of a vaccine such as Pfizer, and open up the possibility of travelling around the world.