Victoria has recorded an all-time high of 2297 new Covid-19 cases and 11 deaths, as the state edges closer to its vaccination targets. 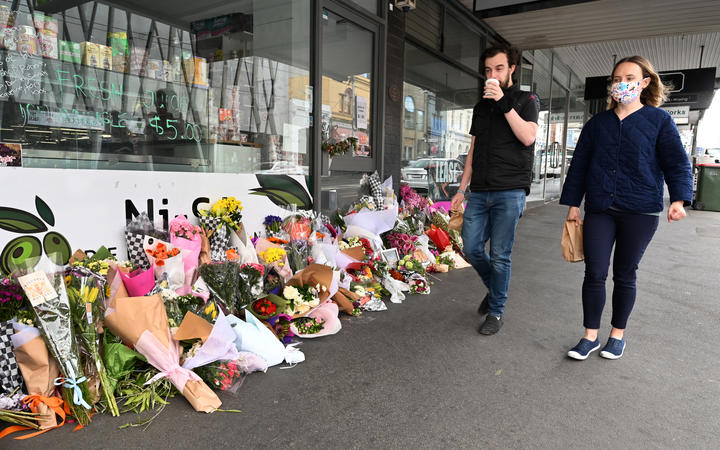 It is the highest single-day total recorded by an Australian state or territory during the pandemic.

There are now 20,505 active cases of the virus in Victoria, and 125 people have died during the current Delta outbreak.

The new cases were identified from 82,762 test results received by health authorities yesterday.

They take the state's seven-day case average to about 1806, which remains within the Burnet Institute's modelled peak of between 1400 to 2900 towards the end of this month.

But the figure dampens hopes of a turning point which were raised earlier this week after the state saw three consecutive days of declining daily case tallies.

Chief Health Officer Brett Sutton said on Wednesday while he expected cases to start trending downwards, it would be "a bit of a bumpy numbers ride day-to-day".

The spike in new infections comes as health authorities open more pop-up sites in a bid to accelerate the vaccination rollout.

Efforts are being concentrated in Melbourne's north and south-east, where the bulk of infections are being recorded.

The latest Commonwealth data showed more than 86 percent of Victorians aged 16 and older had received at least one dose of vaccine, with more than 61 percent fully immunised.

There were 37,611 doses of vaccine administered at state-run sites yesterday, as well as more doses at GP clinics and other venues.

Experts say Victoria could be on track to reach its vaccination milestones earlier than expected.

While the Mitchell Shire, on the outskirts of Melbourne's north, came out of lockdown at midnight, the rural city of Mildura, in the state's north-west, has not as authorities attempt to stamp out a growing outbreak.

Aboriginal health workers have been going door-to-door in the region in a bid to boost vaccination rates to protect First Nations communities.