A former Facebook employee has told US lawmakers that the company's sites and apps "harm children, stoke division and weaken our democracy". 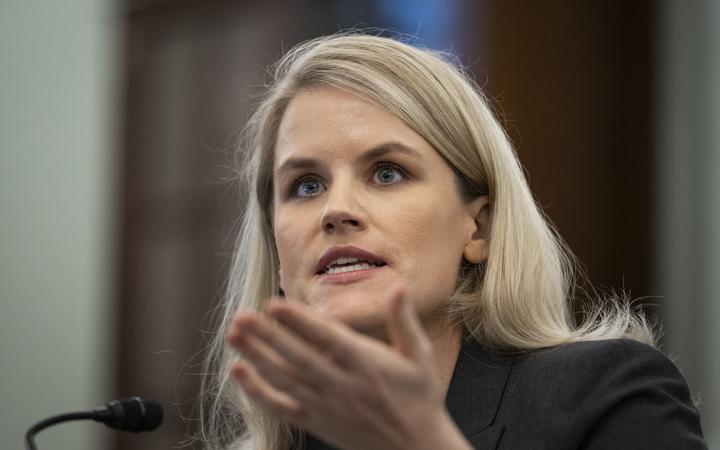 Facebook said Haugen spoke about areas she has no knowledge of.

It comes amid growing scrutiny of the social media giant and increasing calls for its regulation.

Both Republican and Democratic senators on Tuesday were united in the need for change at the company - a rare topic of agreement between the two political parties.

Haugen told CBS News on Sunday that she shared a number of internal Facebook documents to the Wall Street Journal in recent weeks.

Speaking on 60 Minutes, she said that the company repeatedly chose profit over the mental health of its users - including teenage girls.

This was a theme she continued during her testimony on Tuesday. "The company's leadership knows how to make Facebook and Instagram safer, but won't make the necessary changes because they have put their astronomical profits before people," she said.

She criticised the company's founder and chief Mark Zuckerberg for having wide-ranging control, saying that there is "no one currently holding Mark accountable but himself".

And she praised the massive outage of Facebook services on Monday, which affected users around the world. For context, the company reported it had 1.88 billion daily active users on average in March 2021.

"Yesterday we saw Facebook taken off the internet," she said. "I don't know why it went down, but I know that for more than five hours, Facebook wasn't used to deepen divides, destabilise democracies and make young girls and women feel bad about their bodies."

The answer, she told senators, was congressional oversight. "We must act now," she said.

Facebook has denied her accusations, defending its safety record and its safeguards put in place for the US 2020 election and beyond.

As she spoke, the company's policy communications director Andy Stone live tweeted a response to her testimony, saying she was being asked about areas she did not work on - including child safety and Instagram.

Lawmakers from both parties voiced criticism of Facebook during the hearing.

Marsha Blackburn, a Republican senator from Tennessee, said the social media company "is not interested in making significant changes to improve kids' safety on their platforms, at least not when that would result in losing eyeballs on posts or decreasing their ad revenues."

Fellow Republican Dan Sullivan said the world would look back and ask "What the hell were we thinking?" in light of the revelations about Facebook's impact on children.

And Democratic Senator Edward Markey told the company, "Your time of invading our privacy and preying on children is over. Congress will be taking action."