A fourth member of Brazilian President Jair Bolsonaro's delegation to the United Nations has tested positive for Covid-19. 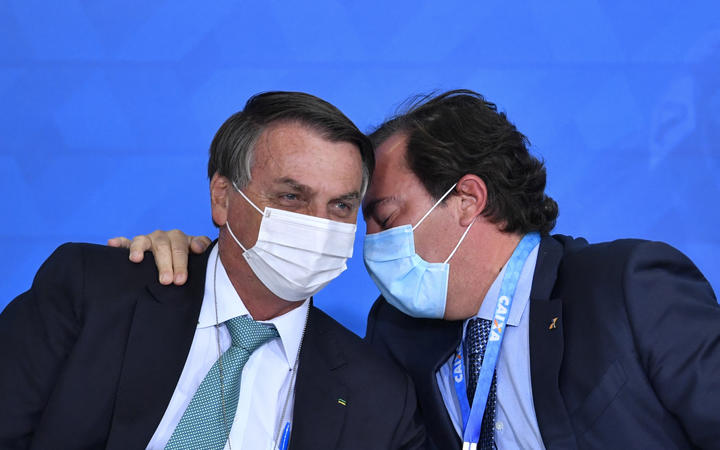 Pedro Guimaraes, the chief executive of state lender Caixa Economica Federal, confirmed his Covid-19 status on his one of his social media accounts today.

Guimaraes, who said he was fully vaccinated, is the fourth member of the delegation to travel with Bolsonaro to New York for his address to the United Nations to test positive.

He said he was asymptomatic, but had been isolated since Wednesday, when he returned to Brazil from New York.

Health minister Marcelo Queiroga, Bolsonaro's son Eduardo and one diplomat also tested positive for Covid-19. Queiroga, diagnosed during the visit, is still in isolation in a New York hotel.

The Far Right president said today he had a negative result after being tested for Covid-19.

Since their arrival to Brazil, all members of Bolsonaro's delegation were in isolation and had taken tests due to being contact with the country's health minister.