Leaders of the United States, Japan, India and Australia presented a united front today at their first summit and stressed the need for a free and open Indo-Pacific region amid shared concerns about China. 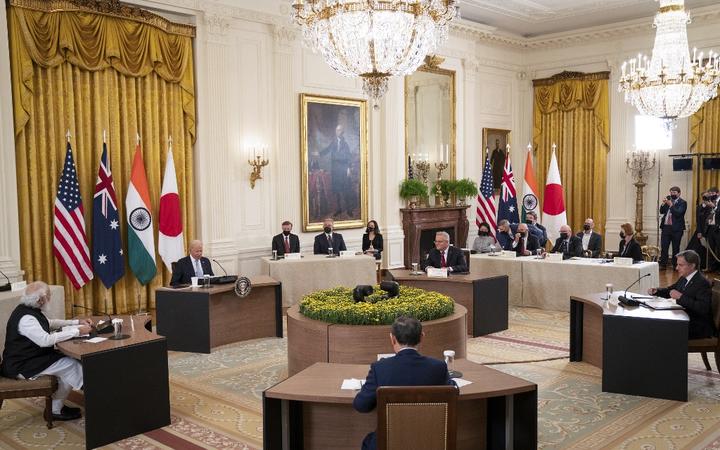 The two-hour meeting at the White House of the Quad, as the grouping of the four major democracies is called, will be watched closely in Beijing, which criticized the group as "doomed to fail."

While China was not mentioned in the public remarks by the four leaders, Beijing was clearly top of mind.

Japanese Prime Minister Yoshihide Suga told reporters after the meeting the countries agreed to cooperate on vaccines, clean energy and space, and to hold a summit meeting every year.

Indian Prime Minister Narendra Modi told his fellow Quad leaders India will allow the export of 8 million Covid-19 vaccines by the end of October under a deal reached by the grouping in March to supply a billion vaccine doses to the Indo-Pacific, India's foreign secretary told reporters.

"We stand here together, in the Indo-Pacific region, a region that we wish to be always free from coercion, where the sovereign rights of all nations are respected and where disputes are settled peacefully and accordance with international law," Australian Prime Minister Scott Morrison told the start of the meeting.

The plan to supply a billion shots across Asia by the end of 2022 stalled after India, the world's largest vaccine producer, banned exports in April amid a massive Covid outbreak at home.

India has said when it restarts vaccine exports it will prioritize the COVAX international vaccine initiative and neighbouring countries.

The Quad is expected to announce several new agreements, including one to bolster supply chain security for semiconductors and to combat illegal fishing and boost maritime domain awareness, a senior US official said, referring to initiatives prompted by concerns about China. The group was also expected to roll out a 5G partnership and plans for monitoring climate change.

US President Joe Biden said the Quad represented four "democratic partners who share a world view and have a common vision for the future."

Suga said the meeting showed strong solidarity between countries and their "unwavering commitment to a ... free and open Indo-Pacific." 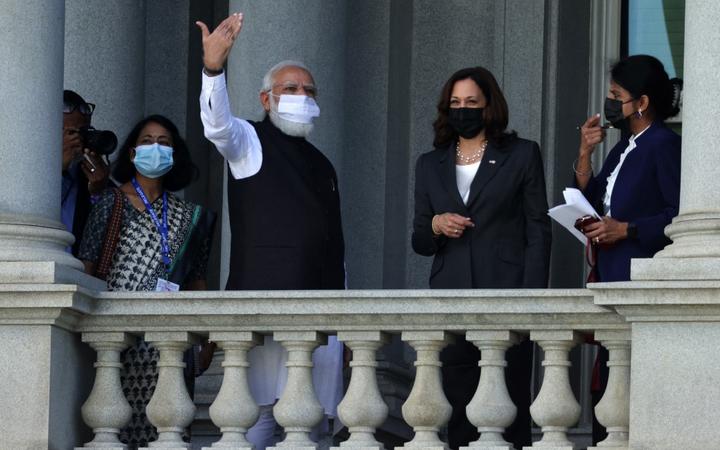 The meeting came just over a week after the United States, Britain and Australia announced an AUKUS security pact under which Australia will be provided with nuclear-powered submarines, a move that has been roundly denounced by Beijing.

Chinese Foreign Ministry spokesman Zhao Lijian appeared to criticize the Quad in a briefing on Friday.

"A closed, exclusive clique targeting other countries runs counter to the trend of the times and the aspirations of regional countries. It will find no support and is doomed to fail," he said.

Before the meeting, US officials sought to play down the security aspect of the Quad - even though its members carry out naval exercises together and share concerns about China's growing power and attempts to exert pressure on all four countries.

China has denounced the Quad as a Cold War construct and says the AUKUS alliance would intensify an arms race in the region.

Vice President Kamala Harris had a joint meeting with Suga and Morrison after the Quad talks ended, as Modi departed Washington to return to New York for U.N. meetings.

Suga, who is stepping down as Japan's leader, was also holding a separate meeting with Biden after the Quad session.

He wanted to discuss with Biden China's recent efforts to join the CPTPP Pacific trade pact, the US official said.