North Korea has condemned a new security pact between the US, UK and Australia, saying it could trigger a "nuclear arms race". 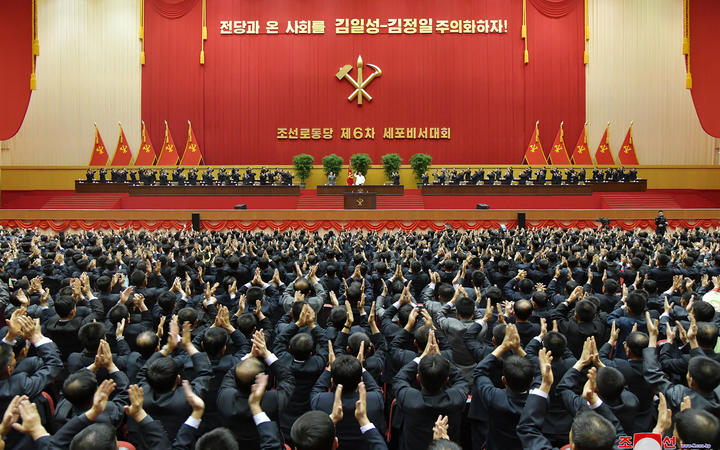 A Foreign Ministry official said the Aukus deal would "upset the strategic balance in the Asia-Pacific region".

The deal will see the US and UK give Australia the technology to build nuclear-powered submarines.

It is being widely viewed as an effort to counter China's influence in the contested South China Sea.

The Aukus pact was announced last week and will also cover cruise missiles, Artificial Intelligence and other technologies.

"These are extremely undesirable and dangerous acts which will upset the strategic balance in the Asia-Pacific region and trigger off a chain of nuclear arms race," said a DPRK Foreign Ministry official referring to the security agreement.

Last week, North Korea carried out two major weapons tests - that of a long-range cruise missile and a ballistic missile.

Pyongyang said it was "quite natural that neighbouring countries [like] China condemned these actions as irresponsible ones of destroying the peace and stability of the region".

The deal will see the US share its submarine technology for the first time in 60 years, having previously only shared it once with the UK.

It means Australia will be able to build nuclear-powered submarines that are faster and harder to detect than conventionally powered fleets. They can stay submerged for months and shoot missiles longer distances - although Australia says it has no intention of putting nuclear weapons on them.

China was not mentioned directly during the announcement of the security arrangement. However, the leaders of the three countries referred repeatedly to regional security concerns that had "grown significantly".

North Korea also referenced an earlier statement made by France, which called the deal a "stab in the back", and said the pact had led to a "serious crisis" between the allies.

France has been critical of the Aukus pact because it ended a deal worth $US37 billion signed by Australia in 2016 for France to build 12 conventional submarines. France says it was informed of the pact only hours before the public announcement was made.