California Governor Gavin Newsom has won a special election that tested the power of a Republican Party still dominated by former US President Donald Trump in a deeply Democratic state. 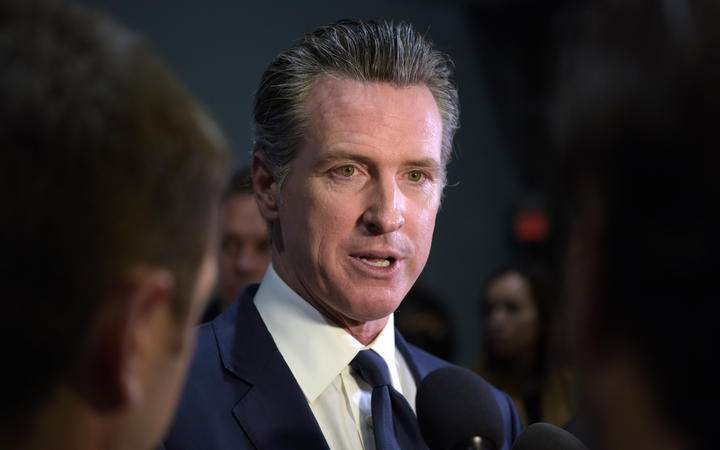 Newsom - a first-term governor and former lieutenant governor and San Francisco mayor - was fighting for his political future in only the second gubernatorial recall election in state history despite 55 attempts.

Polls closed in the state at 3pm NZT, bringing to an end voting that began with mail-in ballots nearly a month ago.

By Tuesday night just before the polls closed, about 44 percent of the 22 million ballots mailed to voters in the most populous US state had been returned, signaling an unusually high turnout for an off-year election.

The special election process began with backers of the recall first getting 1.5 million Californians to sign petitions in favor of holding a recall election. Then, the question of whether to remove Newsom was put on the ballot.

The campaign to oust the Democratic governor was started by a conservative Republican group and gained steam during the pandemic. Conservatives, angered by Newsom's liberal policies on LGBTQ rights, immigration and crime, were infuriated by his decision to close schools and require masks and vaccinations against Covid-19.

"His policies on Covid have been disastrous. He's not fighting for freedom of choice, which is what Americans want," said Michael Conners, 54, a Republican handyman wearing a Trump hat to a polling place in Carlsbad, on the San Diego County coast, where he voted to recall Newsom.

Another voter in favor of recalling the governor cited Newsom's pandemic response and its impact on small businesses.

"I'm a small business owner and my son was out of school almost a year," said Republican hair salon owner Taylor Livesley, 31. "I don't believe in vaccines being mandated."

Newsom's poll numbers have improved from earlier this summer, when polls showed so few Democrats were planning to vote that his job was in jeopardy in a state where Republicans make up less than a quarter of the electorate.

The polls "changed Democrats' mindset from sitting back on the couch to saying, 'This is something we've got to do,'" said Paul Mitchell, whose firm Political Data Intelligence analyzed state ballot return information.

In the Berkeley poll, Elder was supported by about 38 percent of those likely to vote on a replacement. Kevin Paffrath, a Democrat and YouTube host, received 10 percent support, followed by former Republican San Diego Mayor Kevin Faulconer at 8 percent.

The last time a Republican took the helm of the overwhelmingly Democratic state was in 2003, when actor Arnold Schwarzenegger, a Republican, was chosen in a recall to replace Democrat Gray Davis.

Newsom ramped up his outreach to Democrats in recent weeks, including appearing with President Joe Biden at a rally on Monday night. Newsom has tied the recall effort to Trump and said Elder would impose conservative policies on abortion, immigration, gun rights and other issues.