President Vladimir Putin received Syrian leader Bashar al-Assad in Moscow for the first time since 2015 on Monday and criticised foreign forces that are in Syria without a UN mandate, the Kremlin said, in a rebuke of the United States and Turkey. 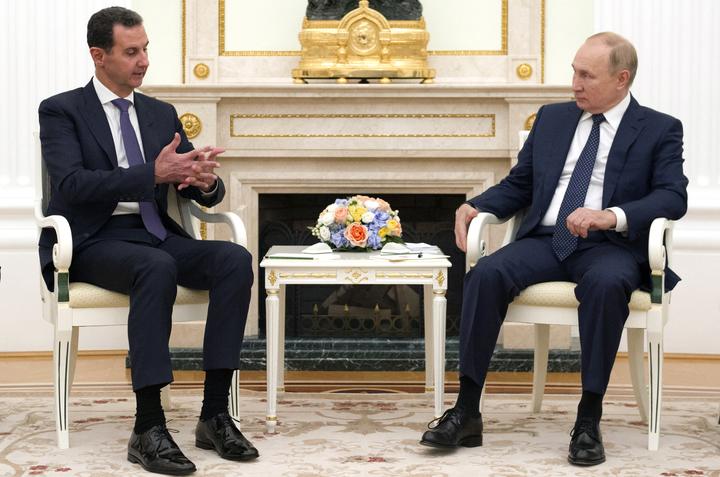 Assad's most powerful ally in the decade-long Syrian conflict, Putin last received the Syrian leader in Russia in 2018 at his summer residence in the Black Sea resort of Sochi.

Russia's air force played a critical role in turning the tide of the Syrian conflict in Assad's favour after it deployed there in 2015, helping him recover most territory lost to insurgents.

However, significant parts of Syria remain out of state control, with Turkish forces deployed in much of the north and northwest - the last major bastion of anti-Assad rebels - and US forces in the Kurdish-controlled east and northeast.

Assad, who has also been backed by Iran during the conflict, has made few trips abroad since the war began in 2011.

Putin told Assad that foreign forces in Syria without a UN decision were a hindrance to its consolidation, the Kremlin said. Putin also congratulated him on winning a fourth term in office in a presidential election in May.

"Terrorists sustained very serious damage, and the Syrian government, headed by you, controls 90 percent of the territories," Putin said, according to a Kremlin statement.

The Kremlin said Assad thanked the Russian leader for humanitarian aid to Syria and for his efforts to halt the "spread of terrorism".

He lauded what he called the success of Russian and Syrian armies in "liberating occupied territories" of Syria.

Assad also described as "antihuman" and "illegitimate" sanctions imposed by some nations on Syria.

The United States tightened sanctions against Syria last year, saying they were aimed at forcing Assad to stop the war and agree to a political solution.

Syrian state news agency SANA said the two leaders discussed co-operation between the Syrian and Russian armies in "combating terrorism and completing the liberation of the land that is still under the control of terrorist organisations".