President Joe Biden has commemorated the 20th anniversary of the September 11 attacks on the US with visits to each of the sites where hijacked planes crashed in 2001, honouring the victims of the devastating assault. 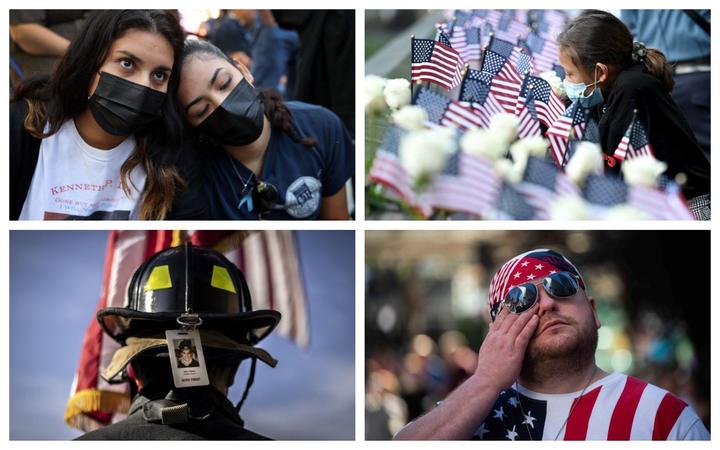 Scenes from the service at the National September 11 Memorial & Museum in New York that marked 20 years since the attacks. Photo: AFP

In the first of his wordless tributes, Biden stood in sombre silence with former presidents Barack Obama and Bill Clinton at the New York City site where planes brought down the World Trade Centre's twin towers.

The Bidens then flew to Shanksville, Pennsylvania, before heading back to the Washington area to visit the Pentagon memorial.

"The core of who we are is not divided," Biden said on Saturday during a visit to a fire station after the Shanksville ceremony. 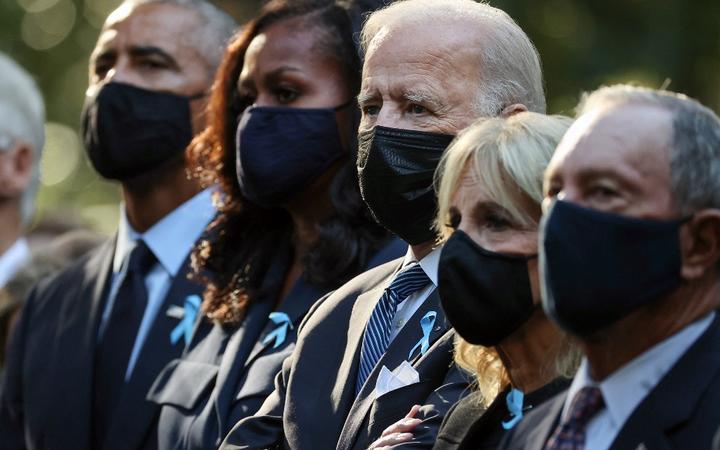 Nearly 3000 people died in the attacks in New York, at the Pentagon and in Pennsylvania, where passengers on United Flight 93 overcame the hijackers and the plane crashed in a field, preventing another target from being hit.

Here are some of the day's images as the US came together at sites across the country to remember all those who died. 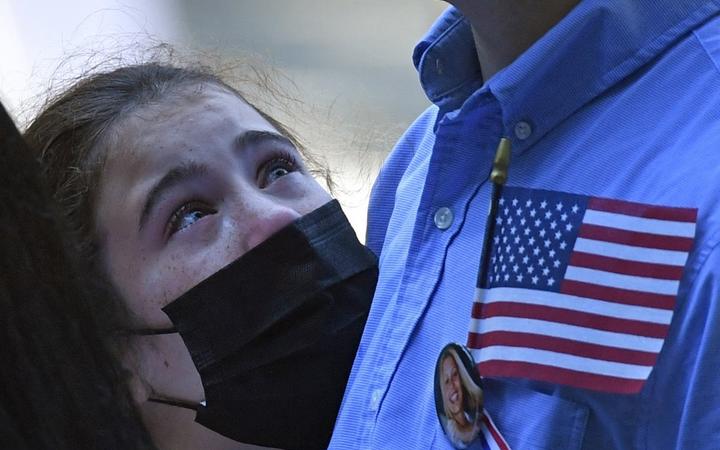 A family member grieves during the service in New York. Photo: AFP 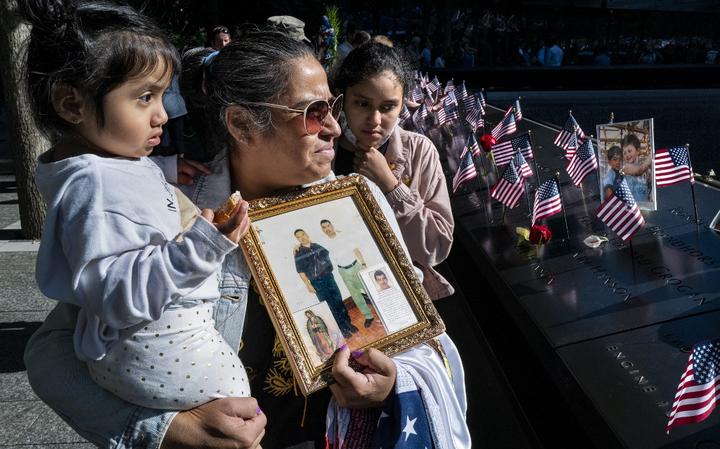 Julia Melendez holds a photo of her husband Antonio, who died working at Windows on the World Restaurant. Photo: AFP 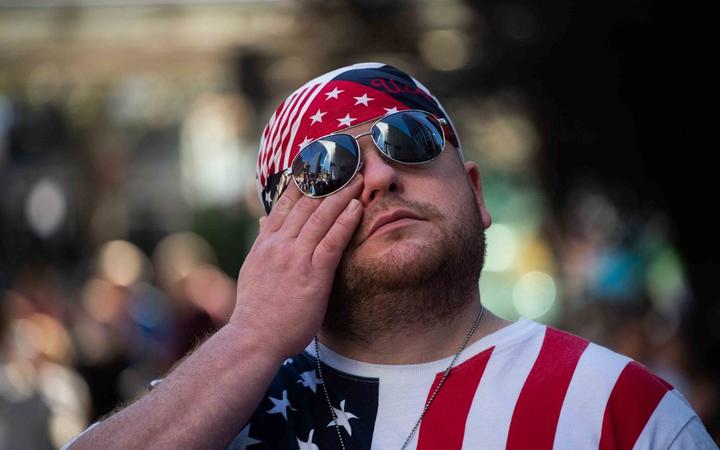 Joe Walker, who lives in the neighbourhood, wipes a tear as he participates in the 20th anniversary of the 9/11 attacks on the World Trade Centre in New York. Photo: AFP 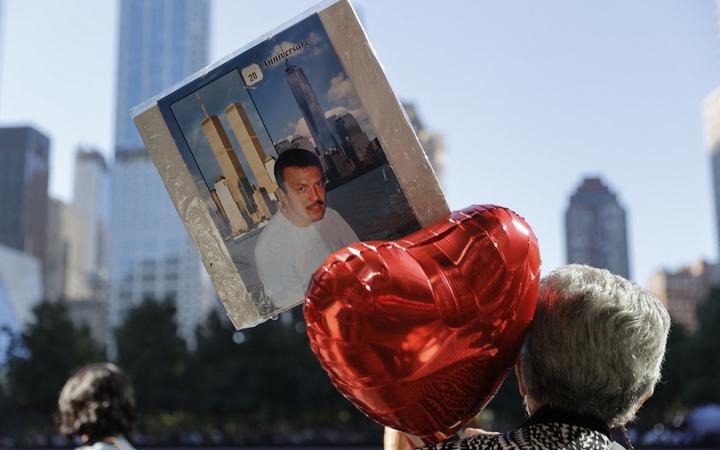 A photo of a victim of the attacks. Photo: AFP 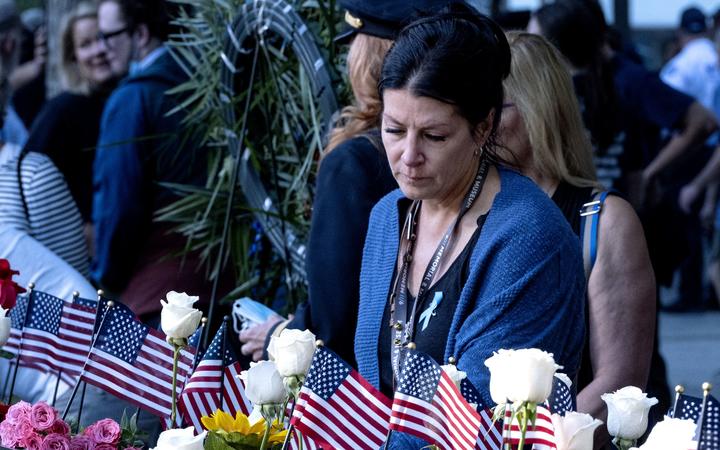 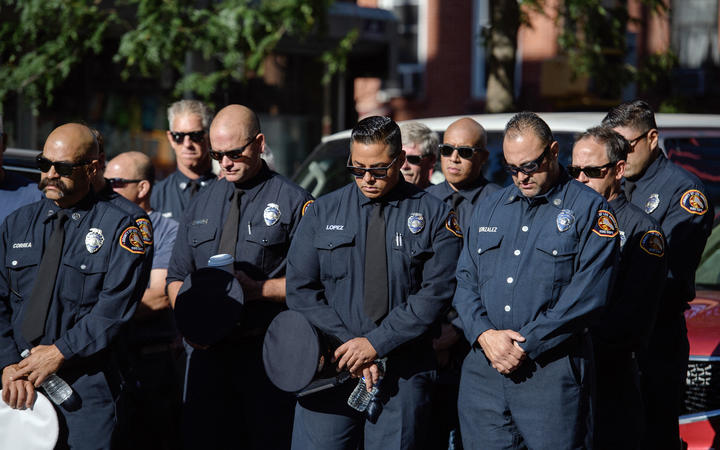 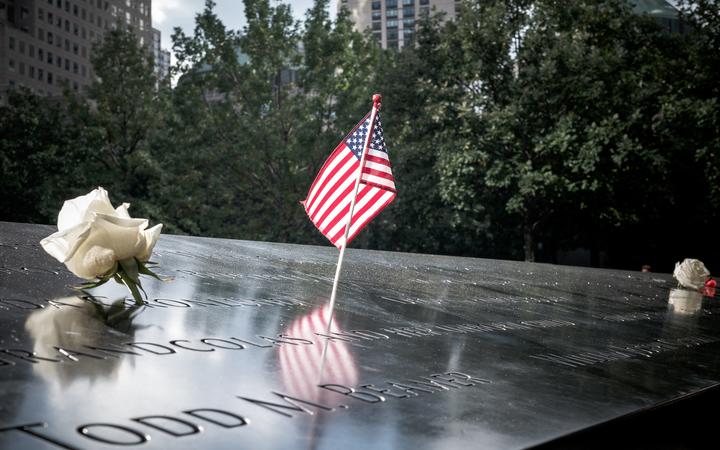 The memorial site with all the names of the victims of the attacks engraved. Photo: AFP 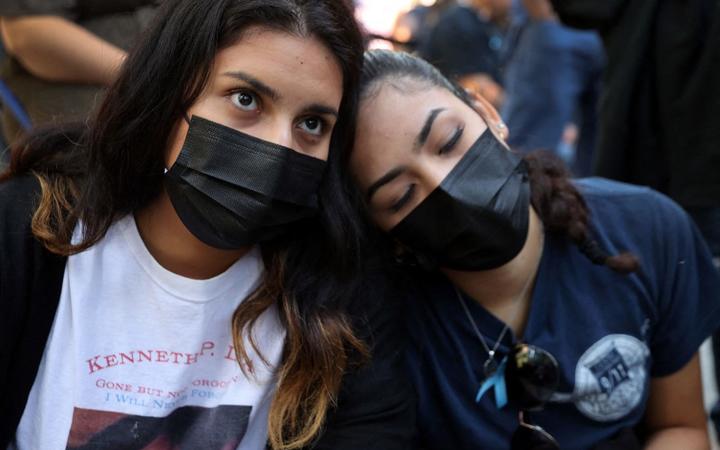 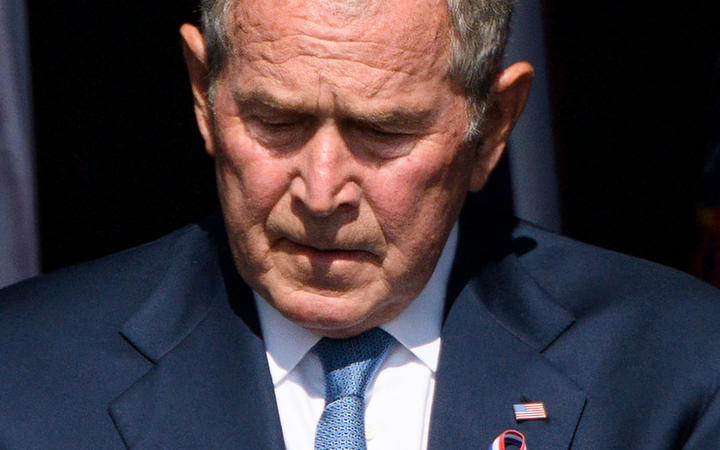 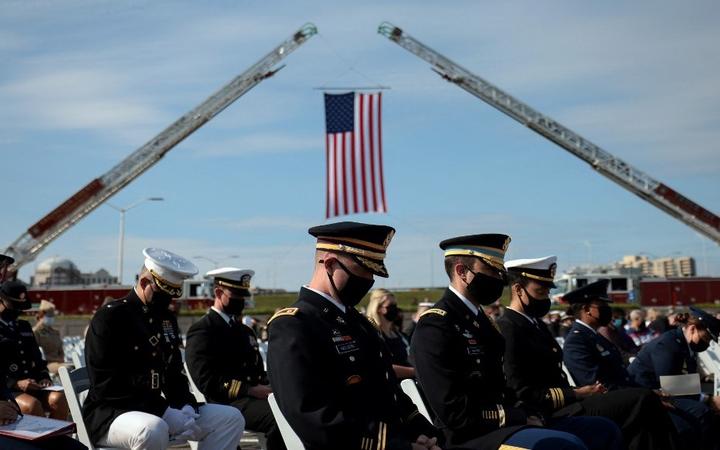 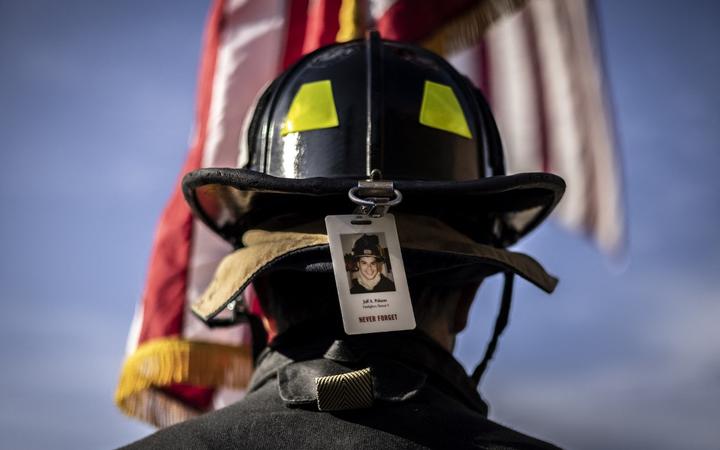 A firefighter wearing the photo badge of a victim on his helmet, pauses for a moment of silence at a memorial service in Morrison, outside Denver, Colorado. Photo: AFP 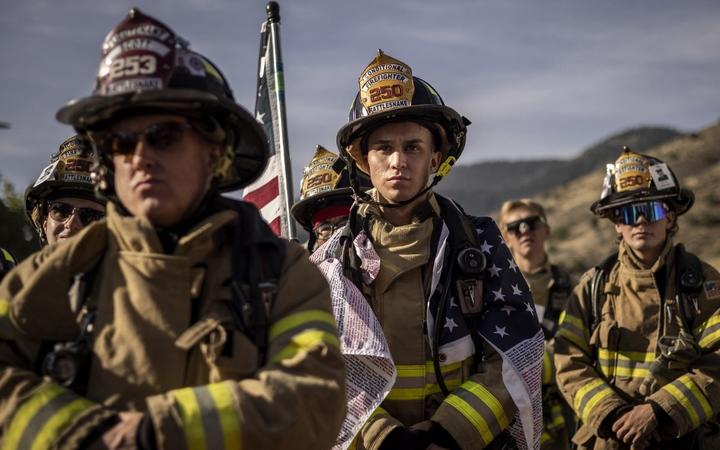 Firefighters at the same service in Colorado. Photo: AFP 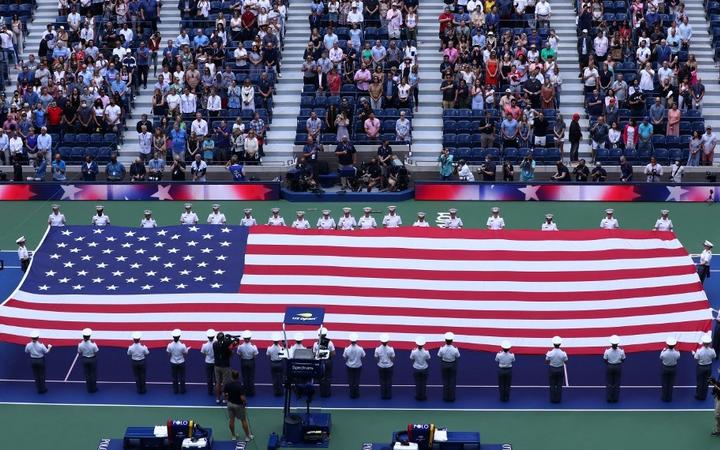 The US flag is held on court at Flushing Meadow in New York before the start of the women's tennis final. Photo: AFP