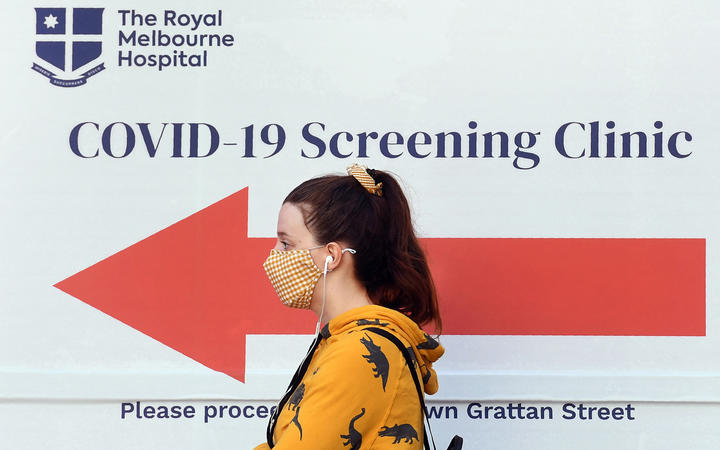 The positive Victoria cases were detected from 42,765 test results and contact tracers have only been able to link 75 to existing cases.

Authorities have been increasingly concerned about the spread of Delta in Melbourne's north and west, with at least 299 of the 334 cases reported yesterday linked to those areas.

New Covid exposure sites have popped up in regional Victoria in Lorne and Daylesford a day after areas outside Melbourne, except Shepparton, exited lockdown.

The latest Commonwealth data shows 64.5 per cent of Victorians over the age of 16 have had at least one vaccine dose, while that figure is 40 per cent for those who have had both doses.

The Victorian government has committed to a slight easing of restrictions once 70 per cent of Victorians aged 16 years or older have had at least one dose of a Covid vaccine.

When that goal was announced, September 23 was set as the target, but yesterday, Covid commander Jeroen Weimar said the state was on track to "smash" that goal and reach that figure days earlier.

Vaccines directed to areas of concern

The Victorian government said it was sending 52 per cent of the vaccines it was allocated to Melbourne's north and west, where cases have ballooned in recent days.

Mr Weimar said the federal government had responded to requests to help get supply into chemists in those areas as well.

"We've asked the Commonwealth to prioritise activating pharmacies in the north and west particularly, to speed up the access to Moderna and to get more GPs activated in that area. And they're responding in kind," he said.

This week, doctors, pharmacists and other community leaders penned an open letter asking the federal and state governments to bring more Pfizer doses into the north to prevent an unsustainable surge in hospitalisations.

Some of the local government areas with significant outbreaks have low vaccination rates compared with other parts of the state.