The US Navy has filed charges against a sailor over a massive blaze aboard the USS Bonhomme Richard in 2020 that destroyed the amphibious warship. 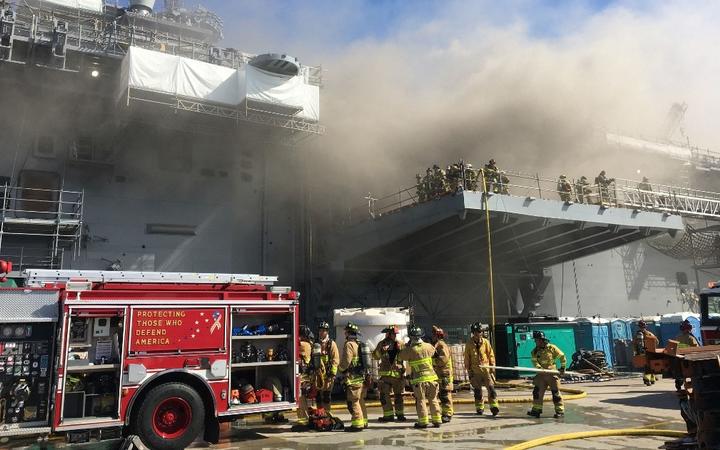 US sailors and federal firefighters at the scene of the blaze at a US naval base in San Diego. Photo: AFP / US Navy

The sailor, whose name has not been publicly revealed, is accused of starting the fire, said Navy spokesperson Commander Sean Robertson.

The blaze aboard the warship in San Diego, California, where the vessel was docked, took four days to put out.

At least 40 sailors and 23 civilians were injured.

In a statement, Commander Robertson said the accused sailor "was a member of Bonhomme Richard's crew at the time".

"Evidence collected during the investigation is sufficient to direct a preliminary hearing in accordance with due process under the military justice system," he said.

The fire started on 12 July 2020, and over four days US Navy helicopters carried more than 1500 water bucket drops and tug boats sprayed water on the $US1 billion ($NZ1.4b) vessel's side to contain the blaze. 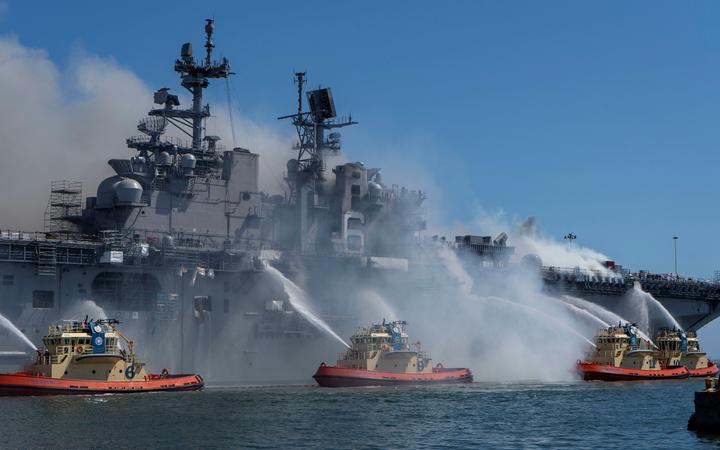 The fire sent plumes of black smoke billowing into the air and the ravaged ship's melted aluminium superstructure bent at a 45-degree angle as flames engulfed the ship.

The 40,000-ton USS Bonhomme Richard was commissioned in 1998 and was one of the few US amphibious assault vessels from which an F-35 Joint Strike Fighter could take off.

But after the blaze the decision was taken to decommission and scrap the vessel because it was too expensive to restore it.