The most powerful US earthquake in half a century left Alaska mostly unscathed, thanks to the remote location and depth of the epicentre, officials say. 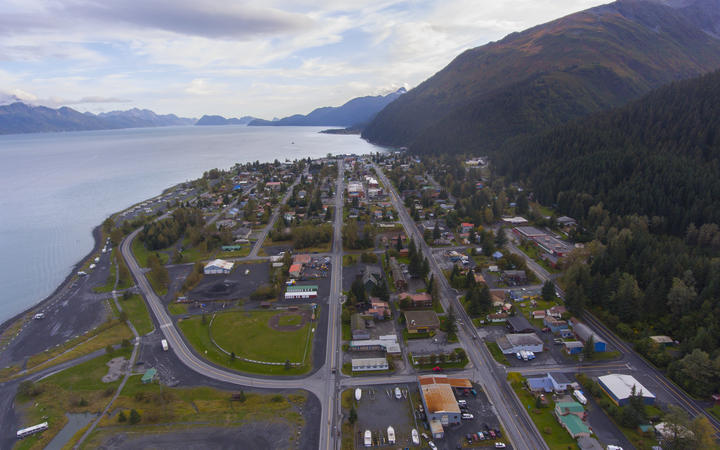 Seward, south of Anchorage was one of the places where residents were told to move to higher ground following the quake (file picture). Photo: 123RF

The magnitude 8.2 Chignik earthquake, which struck at 10.15pm local time on Wednesday just off the Aleutians, was the strongest felt in the United States since an 8.7 quake ripped through the western Aleutian Islands in 1965.

There were no immediate reports of injuries or damage to property. Several Alaskan coastal communities were evacuated following the quake. Among them was Seward on the Kenai Peninsula, south of Anchorage, where sirens blared and residents were told to move to higher ground.

But residents of affected communities said they were still assessing impacts after their late-night evacuations to higher ground.

"Stuff fell down and all," said Alec Phillips of the Native Village of Perryville, the tribal government in the community closest to the earthquake. "I'm pretty sure there's some damage around, but we haven't checked."

The US Geological Survey (USGS) said the quake was at a depth of 32km. It struck about 105km southeast of Perryville, about 800km from Anchorage, Alaska's biggest city.

"Even if you were right on top of the earthquake, you'd still be 30 kilometres away from it because it was so deep," said Holtkamp, who works for the Alaska Earthquake Center at the University of Alaska Fairbanks.

Wednesday's earthquake struck along a subduction zone where the Pacific plate dives under the North American plate, Holtkamp said. That particular section of the subduction zone, called the Aleutian megathrust, is a seismic hot spot, with thousands of earthquakes each year, according to the Alaska Earthquake Center.

Holtkamp said Wednesday's earthquake was likely related to another powerful earthquake in the same area almost exactly a year ago, the magnitude 7.6 Simeonof Island earthquake of 21 July 2020, which struck about 72km away.

That temblor appears to have helped set up Wednesday's quake, Holtkamp said, a typical phenomenon when a big event strikes a major fault or subduction zone, he said.

"When that happens next to an area that's still locked, it increases the stress in the adjacent area," he said. "It makes it more likely that something is going to happen adjacent."

In Sand Point, which also evacuated on Wednesday night, morning checks revealed no road, harbour or dock damage, said Jordan Keeler, administrator for the community of about 1300 people.

According to the USGS, the quake was followed by over 25 aftershocks in the region, with two around magnitude 6.0.

The quake was the seventh largest in US history, tied with another Alaskan quake from 1938, according to USGS data.