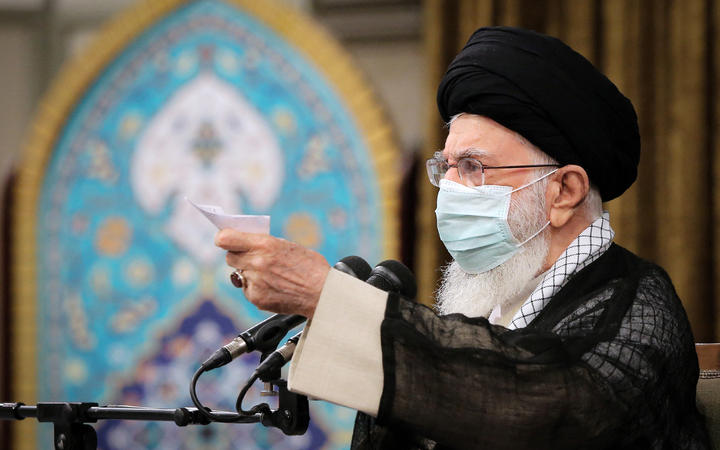 Iran is facing its worst drought in 50 years, with protests breaking out in several cities and towns in the oil-rich Khuzestan province over the water crisis, which has affected households, devastated agriculture and livestock farming, and led to power blackouts.

"During the rally, rioters shot in the air to provoke the people, but unfortunately one of the bullets hit a person present at the scene and killed him," Omid Sabripour, head of the governorate in the town of Shadegan, told IRNA.

Iranian media broadcast a video of the father of the victim, Mostafa Naimawi, who said his son was shot by rioters and not by government security forces.

"My son was not a trouble maker and had nothing to do with riots and disturbances," the father, who was not identified by name, said in Arabic on the video that provided a Farsi translation.

Videos posted on social media have shown protesters setting fire to tyres to block roads and security forces trying to disperse crowds as shots were heard. Reuters could not independently verify the authenticity of the footage.

During some of the protests, people vented their anger with Supreme Leader Ayatollah Ali Khamenei, chanting "Death to the dictator" and "Death to Khamenei".

Iran's economy has been crippled by US sanctions and the Covid-19 pandemic.

Workers - some complaining that their wages are not being paid - and pensioners have been protesting for months, with discontent growing over high unemployment and an inflation rate of more than 50 percent.