Japan has declared a state of emergency in Tokyo which will run throughout the Olympic Games. 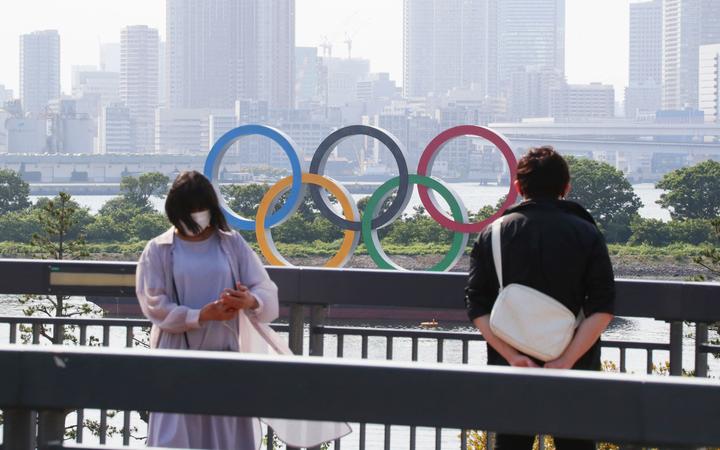 Prime Minister Yoshihide Suga told reporters it would remain in place until 22 August, but he did not give details on the restrictions.

Coronavirus infections are rising in Tokyo as the 23 July opening ceremony edges closer.

There has been widespread opposition to the games in Japan and calls for them to be postponed or cancelled.

"Taking into consideration the effect of coronavirus variants and not to let the infections spread again to the rest of the nation, we need to strengthen our countermeasures," the prime minister said.

"Given the situation, we will issue a state of emergency for Tokyo."

The announcement was made after a meeting between the organising committee, the government and the International Olympic Committee president, Thomas Bach, who has just arrived in Japan.

What's happening with Covid in Japan?

A new wave of infections began in April, but overall the country has had relatively low case numbers and a death toll of around 14,900.

Japan's vaccination rollout has been slow, and just over 15 percent of the country is fully vaccinated. There is rising concern over the threat of the Delta variant.

In Tokyo and Osaka, the two cities hit hardest by the recent surge, authorities hope over-65s will be fully vaccinated by the end of July.

Entry to Japan by foreigners from 159 countries - including the UK - is currently banned.

Do people in Japan want the Olympics?

There is lots of opposition to the games, which have already been postponed by a year because of Covid-19 and have experienced setbacks, including massive budget overruns.

A June poll in the leading Asahi Shimbun newspaper suggested more than 80 percent of the population want the games cancelled or postponed.

The paper also called for them to be cancelled.

Public spectator sites have been scrapped and companies, have been hesitant about advertising related to the Olympics due to widespread opposition of them.