Fully vaccinated people in England will not have to self-isolate if a close contact tests positive for Covid-19 from 16 August, the UK's health secretary says. 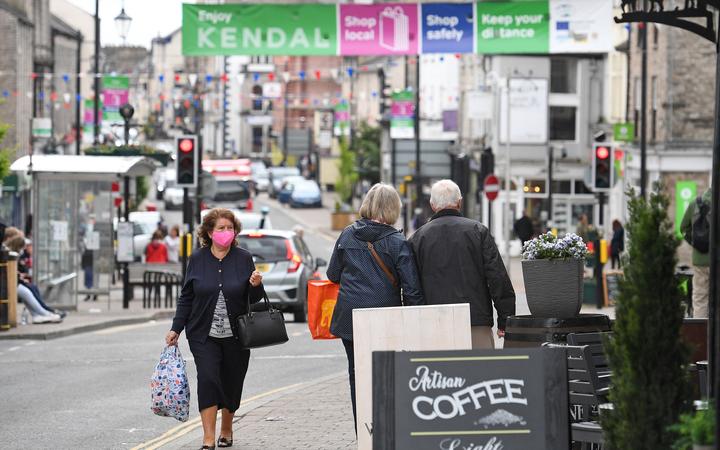 Members of the public, some wearing face coverings due to Covid-19, walk past shops in Kendal in Cumbria, north west England on 21 June 2021. Photo: AFP

Sajid Javid told MPs the same policy would also apply to anyone under the age of 18 from that date.

The government would give more details this week on self-isolation rules for international travel, he added.

Meanwhile, Education Secretary Gavin Williamson has announced the end of "bubbles" in schools from 19 July.

This system has led to large numbers of pupils being sent home if a single child has a positive test.

Covid-related pupil absence in England has hit a new high since all students returned to school in March - with 640,000 pupils in England not in school due to Covid last week.

On Monday, UK Prime Minister Boris Johnson confirmed he intended to scrap most of the remaining restrictions in England on 19 July, including the laws on mask wearing and rules on social distancing.

Javid said adults who had been in close contact with a positive case would be "advised" to get a PCR test as soon as possible to make sure they had not been infected, while for children it would be dependent on their age.

People identified as close contacts of a confirmed Covid case are currently required to self-isolate for up to 10 full days when contacted by NHS Test and Trace.

He added that "of course" anyone that tested positive would have to self-isolate whether they have had the jab or not.

The Department of Health and Social Care said the date for the changes was chosen to allow more people to have a second vaccination and with rising case numbers "it makes sense" to keep protective measures in place until mid-August. 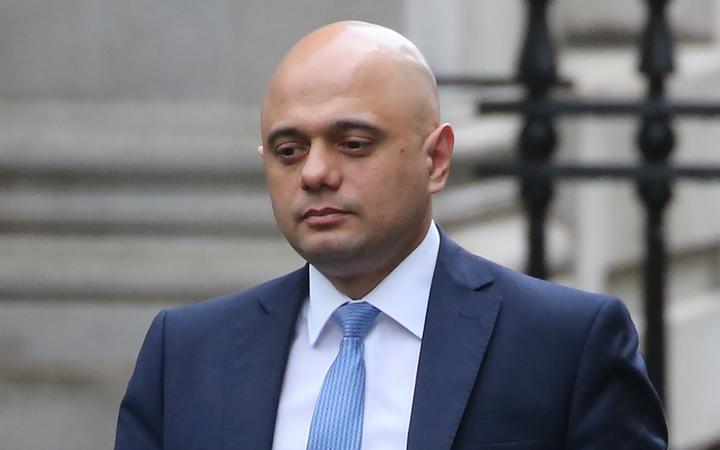 Industry group UK Hospitality chief executive Kate Nicholls said it did not go far enough, quickly enough, and failed to recognise the "carnage" the current system is causing with pub and restaurant staff who "have been told to isolate despite not having shared shifts with colleagues who tested positive".

The NHS Confederation, representing hospital leaders, said the move "may act as an incentive for people to have both jabs, but we must also remember that no vaccine is 100 percent effective... it's still vital that people continue to get tested, and isolate if they have Covid".

Transport Secretary Grant Shapps will update MPs this week on international travel and removing "the need for fully-vaccinated arrivals to isolate when they return from an amber list country", Javid said.

Health Secretary Sajid Javid earlier told BBC Radio 4's Today programme he would expect cases numbers by 19 July to be "at least double" what they were now "so around 50,000 new cases a day".

"As we ease and go into the summer we expect them to rise significantly and they could go as high as 100,000 case numbers," he said.

On Tuesday, 28,773 cases were reported across the UK and another 37 deaths within 28 days of a positive test.

The Scottish government has said it may continue to require masks in certain settings even after 9 August, when it is hoped the final curbs will end.

Ahead of a review on 15 July in Wales, ministers said people would need to learn to live with Covid-19.

She said Northern Ireland, which is due to review its rules on 8 July, would make its own decisions but would "not be following that model".

Ireland's deputy prime minister Leo Varadkar called England's plan "too risky" and warned if things went wrong there would be a "spillover effect" into neighbouring countries.

Prof Neil Ferguson, from Imperial College - whose modelling helped lead to the first nationwide restrictions - said as restrictions eased there was the potential for the UK to have a very large numbers of cases - 150,000 to 200,000 a day - which could "still cause some pressure to the health system".

However he told BBC Radio 4's Today programme that although it was a "slight gamble" he thought it was "justifiable", adding "I'm reasonably optimistic."

He said the vaccines would keep deaths far lower than in previous waves.