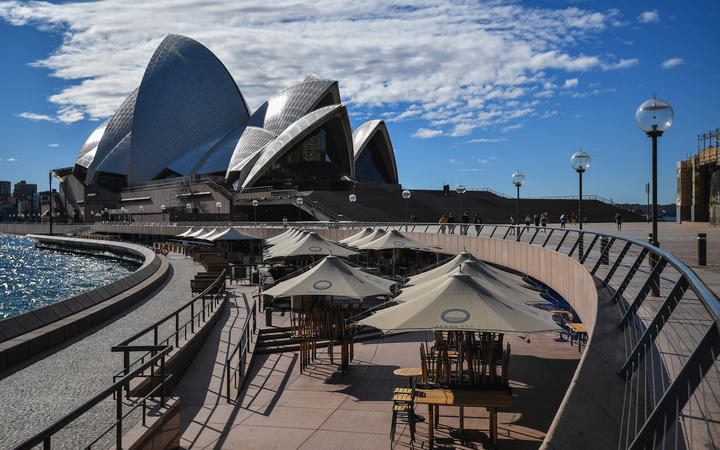 The change, foreshadowed by NSW Premier Gladys Berejiklian at her 11am (local time) press conference yesterday, came after she announced that a growing number of cases had emerged outside of the four local government areas (LGAs) that were already the subject of stay-at-home orders.

By 9pm yesterday, the list of exposure sites had grown dramatically to include more Sydney train routes and venues in Coogee, Rhodes, Moorebank and Carnes Hill.

Of the 29 locally acquired cases recorded yesterday, only 12 had been in isolation, the Premier said, meaning that people had been out in the community while infectious with the highly transmissible Delta strain - possibly for several days.

"The one difference we've seen in the last not even 24 hours - in the last 12 hours, is exposure sites emerging in areas outside of those areas [seven LGAS] … and that is what is concerning the health experts the most," Berejiklian said.

One of those venues has been identified as seafood wholesalers Great Ocean Foods in the inner west Sydney suburb of Marrickville, where it's believed that some staff had worked while infectious as late as Monday, 21 June.

Anyone who visited the workplace, received a delivery, and household contacts of workers is considered a close contact.

"Obviously, delivery drivers who may have delivered to a large number of restaurants and cafes predominantly across Sydney raises our concern," Dr Kerry Chant said.

"Clearly the interaction between the delivery drivers and the clients may be minimal, but we want to make sure we get on top of that because obviously, that provides another seeding opportunity for areas."

By 2pm, after a Cabinet crisis meeting, the Premier had announced a lockdown for Greater Sydney, the Blue Mountains, Central Coast, Wollongong and Shellharbour until 11.59pm on Friday, 9 July.

People in those areas can only leave home for the following four reasons:

Chief Health Officer Kerry Chant, who had earlier said that contact tracers were quickly establishing lines of transmission, admitted that by the time they identified the case, they had already passed on the infection.

That recognition, she said was enough to trigger an escalated response.

"So when we've tracked back the movements of a case which provided the missing link between those exposure venues, we do the contact tracing.

The premier also issued a dire warning for household contacts, saying that Covid-19 positive cases can potentially pass the virus to all those under the same roof.

"Previously it was around 30 percent of household contacts, we are seeing in this example, families of five or six, everybody getting it," the premier said.

"So one person takes it home and then previously one or two people in the household may have had it, now we're seeing everybody get it. This is different to what we've seen before."